The author of the epistle had in mind the legal regulations regarding clean and unclean animals in Judaism, which we encounter in Leviticus 11 and Deuteronomy 14. It’s obvious that, for the compilation of his own list, which is shorter, he used both these sources, as is clear not only from the particular species mentioned, but also from the order in which they’re mentioned. The cases of the kite, the raven and the hare are the most typical.

In certain instances, he doesn’t follow the same terminology, but also refers to the criteria which make certain forms of biodiversity unclean and therefore forbidden at the table of devout Jews. It should be noted that, of the eleven species in the Epistle of Barnabas, five (falcon, lamprey, octopus, cuttlefish and hyena) do not correspond to the relevant lists in the Old Testament. ‘Falcon’ is not used anywhere in the Old Testament, while hyena is encountered only twice: at Sirach 13,18 and Jeremiah 12, 9. Some translations have different designations, such as vulture for falcon and cat at Lev. 12, 9 instead of weasel. In the latter case, we have two very different animals, one domestic and the other wild. It’s curious that there is absolutely no mention of cats in the whole of Scripture. It would therefore be more reasonable to assume that the reference in the Epistle of Barnabas is to a weasel, since the reproductive behaviour mentioned here, although inaccurate, was well-known to Aristotle and can be found in the Epistle of Aristeas*. 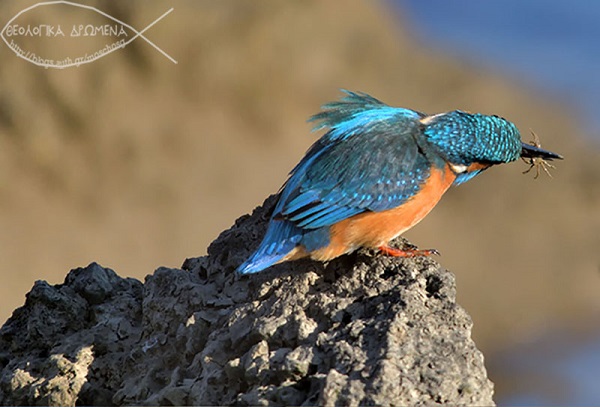 The dietary regulations of Judaism defined which species of domestic and wild mammals, birds, fish, and even insects were edible. Those which were permitted were considered clean and those which were forbidden were unclean. This distinction is made in the very first book of the Old Testament, with the instructions given to Noah (Gen. 7, 2). Over time, the dietary laws became extremely complex, in order to meet all the possible circumstances in which devout Jews might find themselves. This is why such a large part of the Talmud was later dedicated to them

The animals mentioned in the lists in Leviticus 11 and Deuteronomy 14 are classified according to the habitat. Apart from cleanness and uncleanness, animals are arranged in three categories: those of the land (Lev. 11, 2-8, 24-28, 29-38, 39-40, 41-44); the sea (11, 9-12); and the air (11, 13-19). Among the winged species, winged insects are included as a sub-category (11, 20-23). There is, however, a fourth category: reptiles. Of the sum total of these animals, the clean are permitted to be eaten and the unclean are not. It’s certain that the classification of animals in Lev. 11 and Deut. 14 differs from any modern scientific classification which is used by biologists. Everywhere in the Old Testament, there’s an effort to classify the clean animals into groups in accordance with criteria of morphology and behaviour, without these being associated with any anatomical or genetic links.

We may point out here that the observations made by the lawmaker are often mistaken and that these errors were later inherited by texts which used the regulations, as is the case of chapter 10 of the Epistle of Barnabas. For example, the rabbit and the hare were considered ruminants, which, of course, they aren’t. It may well be that this misapprehension arose from the observation of the way in which these particular animals move their jaws. It appears that additions were made later, if we compare the text of Lev. 11 with Deut. 14. There may have been an initial list of forbidden mammal species, as there was for birds, with the criteria being defined later. 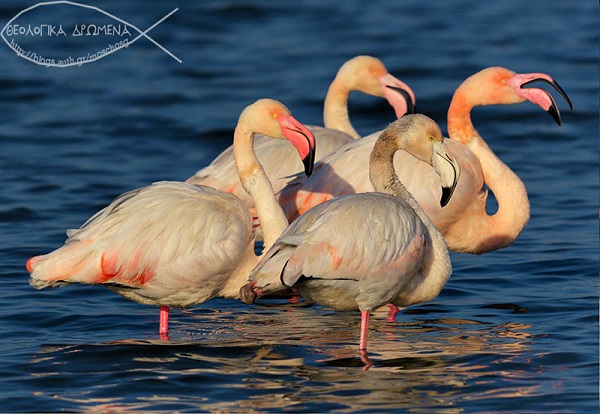 Flamingos at the Kalohori Lagoon, December 2016

As for aquatic species (Lev. 11, 9-12), those with scales and fins are described as clean. Eels, for examples, have fins, but not scales and were therefore unclean for the Jews. Certainly, molluscs were considered unclean on the basis of the above criteria. This is the only criterion for cleanness at Deut. 14, 10, which appears to be the most ancient form of the regulation (‘And what does not have fins and scales you shall not eat; it shall be unclean to you’), whereas Lev. 11, 10-12 (‘But anything in the seas or streams that does not have fins and scales, of the swarming creatures in the waters and among all the other living creatures that are in the waters- they are detestable to you and detestable they shall remain. Of their flesh you shall not eat, and their carcasses you shall regard as detestable. Everything in the waters that does not have fins and scales is detestable to you’) seems to be a later clarification. Doubtless the legislator wished to exclude certain kinds of eels and catfish which live in fresh water. What seems to be certain is that almost all aquatic organisms and their habits were unknown in antiquity because of the difficulties involved in observing them in their natural environment, since diving was not at that time a practical possibility. It’s not difficult to appreciate that whatever was known about the most common species was based on the observations of fishermen, depending on the era and the place.

*A very interesting work, probably to be dated to the 2nd century B. C., which deals with the origins of the Septuagint translation of the Old Testament. This is the text which is used in the Orthodox Church. If there is any truth in the author’s assertion that the translators were invited to Alexandria from Jerusalem, this would mean that the Septuagint is an accurate reflection of at least one accepted version of Scripture in the Jewish state and might explain to some extent why it is quoted so often in the New Testament [WJL].