The Notion of Authority according to Foucault, Hobbes and Locke

Foucault considers the view which examines authority as something which arises from social institutions to be wrong. Authority extends far beyond institutions. The existence of centralized mechanisms of power is the result of a series of relations of authority/impositions which differentiate children from adults, students from teachers or families and subjects or citizens from the administration. Relationships of authority enter into all mechanisms and institutions, with the result that their existence is not restricted to these. For Foucault, the notion of the political is the sum total of the power relations in a society which are equivalent to relations of authority.

Authority is not a form of merchandise; it is not something which can be acquired and then transferred. According to Foucault, authority is a network of relations which transcends constitutionality and legitimacy, such as economic, class or collective interests. Relations of authority do not exist outside other social relationships, but are innate in all of them and define them. Relations of authority are not imposed, either through violence or through ideology. Authority is innate in all human relationships. It is not the privilege of the ruling class. He stresses that authority is not imposed, but exercised. 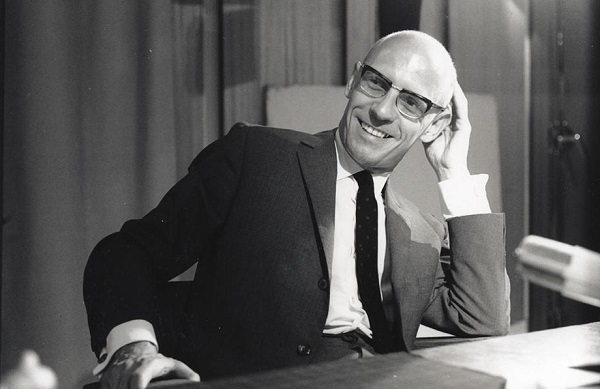 He insists on speaking of multiple relations of power and not of one authority which is one-directional. It is a way whereby some people can act over certain others. The purpose of relations of authority is not to exercise violence. They are not only violent and repressive, though they do also provoke resistance. Authority exists only if we have balancing forces which are fighting among themselves, which is why Foucault deemed it unlikely that we would ever see a society without relations of authority. Moreover, such relations are at once deliberate and subjective. He states that there is no authority which is exercised without a series of aims and goals. This does not means, however, that it flows from the choice or decision of an individual subject. At the base of relations of authority, there is no bilateral or general opposition between those in and those under authority.

Hobbes introduced the concept of justice into the exercise of power. The nature of justice lies in the recognition of valid contracts which begin with the establishment of political power. If the concepts of just and unjust are to acquire meaning, a coercive power must exist which imposes the recognition of the contracts on everyone, with the threat of punishment. The ways of acquiring power are the same as those for founding political societies, that it, a matter of organization and conquest. Hobbes claimed that authority should be of a permanent nature, because its overthrow entails a return to the natural condition, which is worse than bad authority.

Where Hobbes characterized authority as absolute power, Locke claimed that it ought to have limits and, whereas Hobbes considered it indivisible, in Locke there is talk of distinction between authorities. In Hobbes, the ruler is above the law, since there must be no power greater than him. R. Peters thinks that Hobbes assumed that in every state there must exist a supreme authority which declares and imposes orders on all citizens and which does not itself accept any. It must make laws, but not be subject to them.