Do you Possess the Signs of Christ’s Beatitudes? (part 1)

Our Christ and God calls to us every day through his Gospel: “blessed are the poor in spirit, because theirs is the kingdom of heaven”. When we hear this, we ought to be pay attention and examine ourselves carefully, to see whether we are really such poor people to the extent that we are aware in our souls that the kingdom of heaven will certainly be ours. Whether we possess its riches to such an extent that we feel without doubt that we exist within it and rejoice by plunging ourselves into the good things it has to offer. Because the Lord said that it is within us. 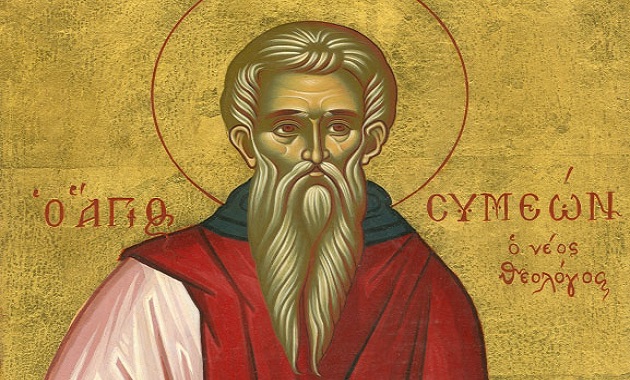 Signs and proof that the kingdom is within people are that they have do desire for visible and perishable things, I mean the objects and pleasures of this world: neither wealth nor glory; luxury nor any other experiences and bodily pleasure. They avoid such things and feel such disgust towards them, in soul and disposition as those who stand out for their authority and royal powers feel towards those who live on the bawdy stage and as those who are wearing clean clothes and are anointed with fragrant myrrh turn away from stench and filth. Because people who are drawn to one of those visible things have not seen that kingdom of heaven, nor smelt nor tasted its joy and sweetness.

And again he says: “blessed are those who mourn, for they will be comforted”. So again, let’s look at and examine ourselves, to see whether we have this mourning within us and what He means by the comfort that will follow this grief. First He said that the poor in spirit are blessed because theirs is the kingdom of heaven. But those who are poor in spirit, as we’ve said, have no feelings for the things of the present, nor do they cleave to them with longing in their thoughts, even for the simple pleasure of doing so. So how should people mourn when they’re sick and tired of this world and have withdrawn even further, because of their way of thinking, from things that impinge upon their bodies? If people have no desire for visible things, how can they be expected to be sad about anything, or, indeed, to rejoice? And how can people mourn who have the kingdom of heaven within themselves and are glad of it every day? Because He says that people who grieve will receive consolation. But take note, please and you will see the significance and purpose of what was said.

When people of faith, who are always scrupulous  as regards God’s commandments, carry out what is ordained and direct their thoughts to the sublimity of the commandments, that is towards purity and untainted behaviour, then they will see their true measure, that they’re too weak and imperfect to reach the heights of the commandments. They’ll see themselves as very poor specimens, unworthy to receive God, to render Him thanks or glory, because they’ve yet to achieve anything valuable of their own. If people realize this in the depths of their souls, they will surely mourn with the most blessed grief which receives comfort and brings gentility to the soul.

The comfort called forth by mourning, then, is a pledge of the kingdom of heaven. Because, according to Saint Paul, faith is the substance of things hoped for; comfort is the manner in which, after the flaring spark of the Spirit, God migrates into the souls of those who mourn, rewarding them for their humility, which is called “seed” and “talent” When this has increased and multiplied in the souls of those who fight the good fight, it brings forth fruit thirty, sixty a hundred times as great and this holy fruit is from the gifts of the Spirit. Because where there is true humiliation, there is also the depths of humility, and where there is humility, there are also the coruscations of the Spirit. Where the Spirit scintillates, there God pours out His light, and therewith wisdom and the knowledge of His mysteries. Again, where there are these things, there also is the kingdom of heaven and awareness of the kingdom and the hidden treasures of knowledge of God, among which is the revelation of spiritual poverty. Finally, where there is recognition of spiritual poverty, there is also joyful mourning, with tears spilt unceasingly, cleansing the soul which loves them and making it entirely radiant.

With their souls uplifted and recognizing their Lord, they begin zealously to bring forth other virtues, for themselves and for Christ. Of course they do. Because their souls are laved and salved with their tears and, with their passions extinguished, they become entirely meek and unmoved to anger, and their souls long for and desire, hunger and thirst, to learn God’s statutes. So these people become merciful and kindly, so that their hearts  become pure and have a vision of God and clearly see His glory, in accordance with the promise. People with such souls are true peace-makers and are called the children of the Most High, who know the Father and their Lord very well and love Him with all their heart, suffering any pain and any sorrow for His sake, joyfully tolerating every vicious word spoken against them, falsely, for His name’s sake, rejoicing when they are been granted the boon of being maligned by others for love of Him.

Learn well, my brothers, the true imprint of the seal of Christ. You believers, recognize the attributes of its nature. One real seal exists, the coruscation of the Holy Spirit, even though there are many aspects to its energies and many distinctive characteristics to its virtues, first and foremost of which is humility as the starting-point and foundation, because the Lord says:  “On whom shall I cast my gaze unless on him who is meek and calm and fears my word”[ cf. Is. 66, 2]. Second is mourning and the source of tears, about which I would like to talk at length, but lack the words to express such things. It is indeed a miracle beyond telling, because the tears which fall through our natural eyes cleanse the soul spiritually of the filth of sins and, on falling to the earth, burn and quell the demons, liberating the soul from the invisible bonds of sin.

Ah, tears, which flow from divine enlightenment and open heaven itself and assure me of divine comfort. For again and again, out of desire and longing I say the same thing. Where there is a multitude of tears, brethren, accompanied by true knowledge, there is also a scintilla of the divine light. And where there is this scintilla of divine light, there is also a bestowal of all good things and the seal of the Holy Spirit, planted in the heart, from which all the fruits of life derive. From here are borne for Christ the fruits of meekness, peace, alms-giving, compassion, kindness, goodness, faith and self-control. From here were learn to love our enemies and pray for them; to rejoice in tribulations and glorify in sorrows; to regard the transgressions of others as our own and weep over them; and to offer up our lives willingly to death for our brethren.

Let us take heed, brothers, and let us examine ourselves closely and acquaint ourselves with our souls, to see whether we have the seal within us. Let us recognize, from the signs we mentioned above, if Christ is within us. Please, pay sober attention, my Christian brethren, and examine whether the light has shone in your hearts, whether you have gazed upon the great light of awareness, whether you have been visited by the Dayspring from on high, Who illumines those who sit in darkness and in the shadow of death. Let us forever be addressing hymns of glory and thanks to the good Lord for this gift and let us strive, by observing the commandments, to nourish and build up the divine fire within us, through which the divine light shines more fiercely and brilliantly. Yet if we have not received Christ or His seal and do not recognize the signs within us, but instead the deceitful world lives on in us and we, alas, live in it, deeming important what is, in fact, fleeting, submitting to sorrows; worrying about injuries; and all the time revelling in it, then, what a loss! What ignorance and darkness, what tribulation and stupor! We are controlled by it and dragged down towards earthly things. We are truly pitiful, utterly wretched and strangers to eternal life and the kingdom of heaven, not having acquired Christ, but with the world alive within us, because we live in the world and think of earthly things. People in this condition really are enemies of God, because passion for the world is enmity towards God. As Saint John says: “Do not love the world or the things of the world” [I John 2,15]. No-one can serve God and live like people of the world, because all earthly things are an obstacle to the love of God and to our pleasing Him.

In truth, are there any people who love the glory and honour they receive from others who will ever regard themselves as the least and most inconsequential of all, will become humble in spirit and contrite in heart, or will ever be able to  mourn at all? Who, if they love riches and are consumed with love of money and property will ever become merciful and compassionate, instead of being more savage than any wild beast? Who, if they are overwhelmed with vanity and possessed by arrogance, will ever free themselves from jealousy and envy?  Or again, when will those who yield to the passions of the flesh and wallow in the filth of sensual pleasures ever become pure of heart? When will they see the God Who created them? And how will people become peace-makers, if they have estranged themselves from God and do not listen to him who says: “We are ambassadors for Christ, since God, through us, entreats that you be reconciled” [cf. Cor. II 5, 20). Because people who transgress against the commandments and war against God are enemies of God, even if they bring peace to all others, since by reconciling them in this way, they do not do so in a God-pleasing manner. Since they are their own worst enemies, as well as God’s, even those with whom they make peace become God’s enemies. If people are at odds with others, they understand not at all how to counsel others properly concerning what to believe and what is pleasing to the enemy [i.e. God] and to teach them to carry out His commandments. And not only this, but because they always act out of aversion to and loathing of Him, their main concern being to go contrary to His wishes, this creates a kind of habit, so that, even if they wished to teach others what is proper to His religion, they would be hard pressed to do so.

It is very striking how spiritual truths abide over time. Of course, one should expect this, but it still can make a deep impression. So it is with Saint Symeon’s last point, about bringing peace, yet making people into enemies of God. One of the great achievements of the European Union has been to reconcile nations that not long ago were at each other’s throats. But, because this has been achieved by secular means, many of  the regulations now in place (against wearing crosses at work, against displaying Christian pictures or symbols in public spaces such as schools or hospitals, and so forth) do seem to be part of an agenda aimed at defeating the work of God.