The Danger of Idolatry Today

A fundamental demand of Christianity is personal renewal, not as a static event which is accomplished automatically, once and for all, but as a continuous, dynamic progression, with mistakes and corrections. The Christian Gospel wasn’t presented to the world merely as a new teaching, but most of all as a new way of life, as a signpost leading from the corrupt and sinful person to one who’s complete and upright. 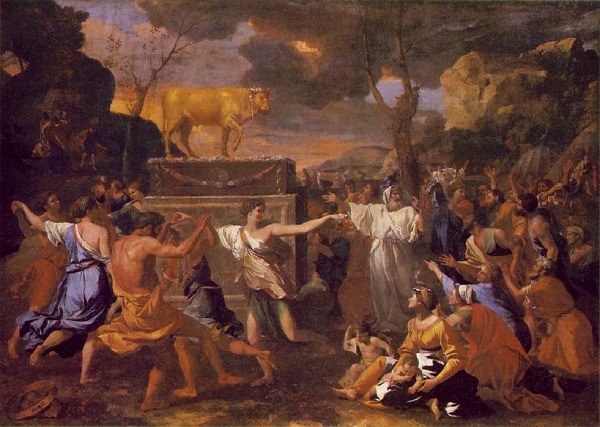 This is why Saint Paul writes to the Colossians (3, 4-11): ‘When Christ who is our life appears, then you also will appear with Him in glory. Therefore put to death your members which are on the earth: fornication, uncleanness, passion, evil desire, and covetousness, which is idolatry. Because of these things the wrath of God is coming upon the children of disobedience, in which you yourselves once walked when you lived in them. But now you yourselves are to put off all these: anger, wrath, malice, blasphemy, filthy language out of your mouth. Do not lie to one another, since you have put off the old person and its deeds, and have put on the new person who is renewed in knowledge according to the image of Him who created you, where there is neither Greek nor Jew, circumcised nor uncircumcised, barbarian, Scythian, slave nor free, but Christ is all and in all’.

This text lists various manifestations which belong to people of former times who didn’t know the goodness of God’s ways. To use the terminology of Saint Paul, they are the ‘old persons’. Among these manifestations are sexual deviations, passions, sheer wickedness, anger, lies and greed. It’s increasingly difficult to say that these belong irrevocably to the pre-Christian era, since they’re so often features of today’s reality, with which we’re all familiar.

We said above that renewal is a work in progress, which includes the possibility that we’ll fall then pick ourselves up again and carry on. ‘As many times as you fall, get up and you’ll be saved’, is an unrecorded saying of the Lord which is preserved in our Patristic and Liturgical texts. Renewal is a struggle in which we may become exhausted, spent, but can also get back and continue our ascent to the peak of perfection. Saint Paul says: ‘We are afflicted in every way, but not crushed; perplexed, but not driven to despair; persecuted, but not forsaken; struck down, but not destroyed’ (II Cor. 4, 8-9).

The list of transgressions in the Epistle reading are typical features of idolatry. The fact that Paul points to them, addressing the Christians in Colossi as well as us today, means that they’re still a real danger. His exhortation makes us realize that idolatry isn’t in the forgotten past but is a constant threat in the here and now. Of course, Christianity triumphed over the idols historically, but on a human level these idols still wreak vengence on us, in an effort to take us back to the distant past. If you doubt this, just look at what’s going on around you today. Greed- which the reading states specifically is idolatry- appears as a lack of faith and confidence in God, as fear in the face of an uncertain future, as a defence at the thought of death, as an excessive boost to our self-confidence, as a state of self-assurance similar to that of Lucifer.

And we should also note that we Christians don’t need to look for forms of idolatry in the world outside the Church. They also lurk cunningly within the Church, or, to be more precise, within Christians themselves. Is it not idolatry in its most covert and devious form to use God as a means to satisfy your material aims, or to place Him at the service of your social ambitions? Is it not idolatry, in conjunction with a great deal of hypocrisy, to talk about sacred matters when your life and thought are devoted to the acquisition of positions of power that will allow you to lord it over other people, to safeguard your self at any price?

So the danger of idolatry is still a threat to Christians today. And it’s one that we should take very seriously. We should continue to heed the voice of Moses in the first commandment of the ten, which is, in fact, the most difficult to observe: ‘You shall not make for yourself an idol’. However much the old person seems to be attractive as a force for adapting to life, the new person, who is perfected morally and spiritually, is the goal of the struggle which justifies and embellishes our life.