The Epistle reading for the Sunday of Zacchaeus is taken from the first Epistle of Saint Paul to Timothy and contains advice from the Apostle to his disciple and collaborator Timothy, whom he left in charge of the Church of Ephesus.

The text describes the characteristics of a responsible leader of the Church which make him a model and example for the faithful. Paul demands Timothy’s attention with a phrase which he uses at the beginning of the passage and which he often employs in his Pastoral Epistles (Tim I and II, Titus) when he wants to underline something or add a Tradition of the Church: ‘The saying is sure and worthy of full acceptance’. Immediately thereafter he refers to his labours and his hope in God the Saviour, clearly hinting that these should also be characteristics of the recipient of the letter. It’s worth noting that Saint Paul calls God the ‘Saviour of all people’, just as, at another point in the same Epistle, he mentions the ‘Saviour, who desires everyone to be saved and to come to the knowledge of the truth’. (I Tim, 2, 4) 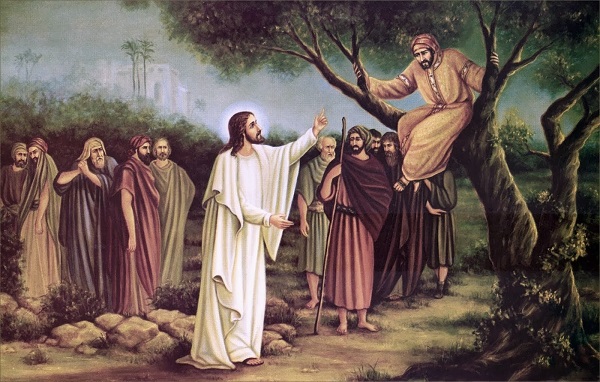 Saint Paul goes on to give the characteristics of a leader which will make him a model for Christians:

1. Timothy was a young man, and Paul makes it clear that this is no obstacle to his work, provided, of course, that he also has the other features which Paul goes on to list, the most important of which is constant teaching. A Church leader doesn’t have only administrative responsibilities, but is first and foremost a teacher, and no-one can criticize him for his youth as long as he performs this task well.

2. In particular, the Apostle asks that Timothy be an example in his speech, which should not be superficial and meaningless, but inspired by Hoy Scripture.

4. For the leader and, indeed, for all Christians, love isn’t simply sentimental grandiloquence, but a practical part of life which extends even to self-sacrifice, because ‘the good shepherd lays down his life for his sheep’ as Christ Himself says in Saint John’s Gospel (Jn. 10, 11), where He wants us to understand that He is the ‘good shepherd’.

5. The ‘spiritual life’ is that which is inspired by the Holy Spirit and bears the fruits of the Spirit, which he lists in his letter to the Galatians (Gal. 5, 22): love, joy, peace, patience, kindness, goodness, meekness, faith and temperance.

6. Faith, which isn’t just the theoretical acceptance of certain Christian principles, but a full and unhesitating trust in God.

7. Purity in our way of life, intentions and conduct.

9. Not to neglect the gift which was given to him at his ordination by the Elders of the Church.

If Timothy observes all this, everyone will recognize his progress.

To be a leader in the Church is a difficult and responsible task, but at the same time it’s important for Christians to have a leader as a model and inspiration.