In one of his homilies St. John Chrysostom says that anyone endowed with power can rule, only a king can die for his people. And this we see so wonderfully and tragically manifested in God become Man in the Lord Jesus Christ. He himself says in the Gospel that the rulers of the earth subdue their people, rule over them with power but He calls us to be rulers of another kind, to give our lives to people so that they be able to follow the example given in freedom, liberated from fear and liberated by Him from sin and evil.

And yet, there is a condition to this. We so hopefully think that being Christ’s by name we can also participate in His glory, but there is a condition to it which is absolute. Do you remember how Christ on His way to the crucifixion spoke to His disciples on the way of Caesarea Philippi about His coming passion? He described it point by point, He tried to make the Apostles sense the horror of what was coming, and He, the Son of man, will die. And His last word however was that He would rise again. And the Apostles in a way that we find probably unthinkable, heard only the last words, the words that promised His victory and His glory, their freedom and their victory, and their glory as being His disciples and followers from the beginning. It is made so clear by James and John, and their mother coming up to Christ and saying, ‘When You come in Your Kingdom, let us sit on the right and left hand of Your throne, of Your glory.’ They had forgotten, they had not heard, not perceived what Christ had said about the cost to Him of this victory. All they heard was the future glory. 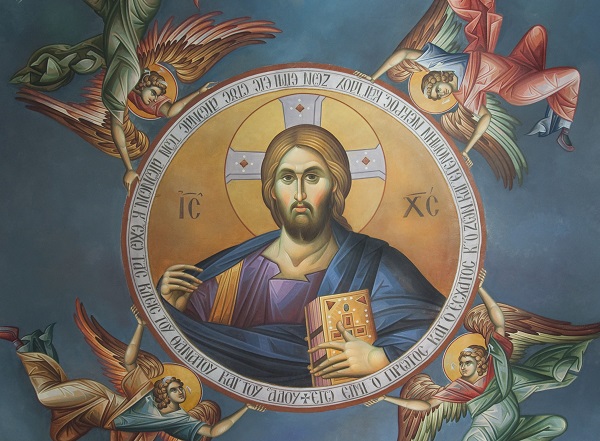 Aren’t we most of the time, not only from time to time but most of the time as deaf as the Apostles were, as blind, as unthinking? What the two Apostles John and James said was tantamount in saying, ‘Lord, to Thee the cross, but to us — the victory.’ But isn’t it our mentality far too often? Do we not assume that now that Christ has died and risen, we can forget about His crucifixion and think only of His enthronement on the right hand of glory? But when James and John came up to Him with their words of hope, what did Christ say? He said to them, ‘Are you prepared to drink My cup? Are you prepared to be baptised with My baptism?’ which from the Greek can be translated, ‘Are you prepared to be merged into ordeal that is to be Mine?’ These words Christ speaks to each of us.

It is not enough to think that Christ by His cross and passion, by the horror of an impossible death and His descent into hell has won for us freedom and victory and the hope of glory. If we are Christ’s, we must be prepared to drink His cup and be merged in His ordeal, in other words, to live on this earth on His terms. And His terms were the sacrificial love that made Him become Man and die on the Cross that we may live. This is the challenge of His kingship to us. Yes, He is King because a king gives his life for his people. We are His people indeed, but if it is true that we have been sent into the world as a vanguard of the Kingdom, to use the translation of a passage of the Epistle given by Moffat, if we are sent as a vanguard of the Kingdom, we must be prepared to conquer the world for Christ on the same terms as He, pay the same cost as He and not otherwise, not expect that the death was His and the victory is ours.

We are, if our baptism is true at all, not only formally, not as a ceremony but as an event of our life, we are, each of us singly and all of us together in our oneness and togetherness, we are an extension of the incarnate presence of Christ, the body of Christ as Paul and the Scripture call us. And if we are the body of Christ, we as a Church and in each of its members, are the body broken for the remission of sins of the world, we are the lamb of sacrifice, we are sent into the world to die for its salvation. First of all to die to ourselves, to renounce ourselves, to turn away from ourselves, to turn our gaze on God and then, because we will follow His gaze and follow in His footsteps, go back to men, to those who need Him, those who are lost. We are called to be like the Good Shepherd who seeks the lost sheep and brings it on his shoulders after a long search if necessary, at the cost of much travail and tiredness and danger indeed. And perhaps the Church as a whole is called to this, but according to the frailty, which is ours, each of us is not called to this. We are called like Christ to take our neighbour upon our shoulders and carry him as Christ carried His Cross, if necessary — to die upon this Cross, to die for the salvation of this neighbour of ours who in human terms is our enemy, our adversary, our persecutor, the one who is indifferent both to God and to us and indeed, to his own eternal destiny. It is only if we are prepared to take the world on Christ’s terms that we are Christ’s own people, not if we simply profess Christ as our God, as our King, as our Saviour.

This is the way in which we enter into communion with Him. But if we are in Christ and if Christ is in us, each of us must fulfill within the limits of his life, within the limitations of his capabilities what Christ has done — give our lives for others that they may be set free, renewed, that they may start into a new life. Then we will have done what characterises a king, we will have given our lives for those who are beloved of God to the point of His incarnation and death upon the Cross. If we are not prepared to respond to the words of Christ, ‘Are you prepared to drink My cup, are you prepared to be merged into My ordeal?’ we are not fulfilling the promises of our baptism because St. Paul in his Epistle to the Romans says that with Him through baptism we die His death and we rise with Him for life eternal. But our dying must not be only ceremonial and symbolical while we hope that life will be real. Our dying must be real, our offering of self, our learning to love one another, our neighbour, the lost, the persecutor, the enemy, to love him as Christ said, ‘No-one has greater love than he who gives his life for his neighbour. This is what the feast of Christ the King says to us. He is King because He has given His life. And if He is in us and we in Him, this is our vocation — give our lives. Amen.