Non-Gender and One-Gender in the Gnostic Gospels (4)

The distinction between the sexes isn’t the inspiration of a wicked God Who created the material body which the supporters of gender Theory are called upon to set to rights. For Orthodox theology, the distinction between the sexes isn’t the result of the fall which must be overridden so that we can be brought to an androgynous or sexless state, as the Gnostics believed, but is rather the expression of God’s providence. Saint John the Damascan notes: ‘Marriage has been instituted so that the human race shall not be eroded and consumed by death, but that it should be preserved through procreation. But it might be asked what is meant by “male and female” and “increase and multiply”. To which we say that “increase and multiply” does not always mean and increase through conjugal relations. For God could have multiplied the race in another way, had they observed the commandment to the end. But God saw, with His foreknowledge, “which he knew of even before their birth”, that is that they would transgress and be condemned to death, and so He took measures and made male and female, commanding that they should increase and multiply’. As the Holy Synod of the Church of Greece has pointed out: ‘Sex in humans is a sacred legacy and serves the mystery of life and of love on the basis of psychosomatic complementarity. In this sense, it is not evolution, but is a divine gift from God to us, which we should use for our sanctification’. 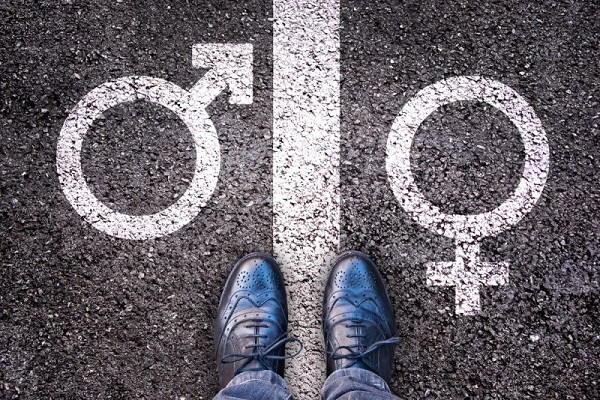 Respect for the body and the sex it bears was expressed in a very typical and conciliar manner at the Synod of Gangra. This meeting, which was called in about 340, forbids women from wearing men’s clothes, which some did in the name of a supposed ascetic effort. The Synod decided: ‘Should any woman, thinking she is performing an ascesis, transform her appearance and, instead of the attire customary to women should wear that of men, let her be anathema’ (Canon 13)*. The reason why this prohibition was formulated was not some sort of conservatism or anti-feminism, as some people will gleefully take it to be, but was rather a confirmation of the sanctity of the body. If we look at the context of the canon, we see that the Synod opposed the prudish attitudes of Efstathios and his supporters, who, following the restrictive Gnostics, censured and condemned marriage and procreation.

One consequence of this attitude of non-involvement was that a good many women who belonged to the supporters castigated the sex to which they belonged and dressed in men’s clothing, for the sake of some supposedly ascetic practice, which was not directed against the passions, but against the body and procreation. Indeed, as canon 15 informs us, they reached the point of abandoning their children ‘on the pretext of asceticism’. The androgynous order of things which the supporters of Efstathios attempted to impose is clear from the fact that the women among them didn’t allow their hair to grow long, as was the custom at the time among women, but followed the masculine fashion, as the 17th canon makes clear. They performed these practices in order to transfer to the other sex. So the prohibition of the synod was against this one-genderism and against the removal of the ontological distinction between the sexes, as attempted by the supporters of Efstathios, the aim of which was the avoidance of marriage, procreation and even the refusal to bring up any children one already had. The synod emphasized the worth of the female sex, which should remain within its ontological boundaries and not be confused with the male, since this would result in the condemnation of the flesh and marriage. Whereas the followers of Efstathiios identified evil with the flesh and the sex it bore, the Fathers of the Synod insisted that the faithful should not condemn the body and sex for the sake of some supposed piety, as canon 21** points out. The supporters of Efstathios, through cross-dressing, aimed at a kind of one-genderism or non-genderism where women would stop bearing children, since it was evil. The Fathers of the Synod, however, emphasized the sanctity of marriage and procreation. It isn’t certain powers of the body and the soul that are wicked and sinful, but their misapplication. This misuse of the powers of human existence is also the root cause of the passions. This is why Abba Pimin mentioned to Abba Isaak: ‘We have not been taught to be killers of the body, but killers of the passions’.

* This Synod formulated a number of canons aimed specifically at spiritual pride in rejecting the flesh:
** In the Orthodox numbering. Elsewhere it is viewed as concluding remarks rather than as a canon [WJL].