Non-Gender and One-Gender in the Gnostic Gospels (6)

In its efforts to restrict the practice of self-mutilation, the Church adopted strict canons. According to the Apostolic Canons, a eunuch who had performed self-mutilation would be debarred from holy orders; for he is a self-murderer and an enemy of God’s creation (Canon 22). In the event that an active cleric were to castrate himself, he was to be defrocked, because he was considered a murderer of himself: ‘If anyone who is a clergyman should mutilate himself, let him be defrocked; for he is a murderer of himself’ (Canon 23). Finally, any Christian at all who commits this act was to be excommunicated for a period of three years: ‘A layman who mutilates himself shall be excommunicated for three years: for he is perfidious towards his own life’ (Canon 24). According to the decisions of the 1st Ecumenical Synod in Nicea in 325, the only men who were debarred from becoming clergymen were those who had castrated themselves voluntarily. There was, however, no impediment for those who had been castrated by others such as barbarians, their owners (if they were slaves) or by doctors for medical reasons. 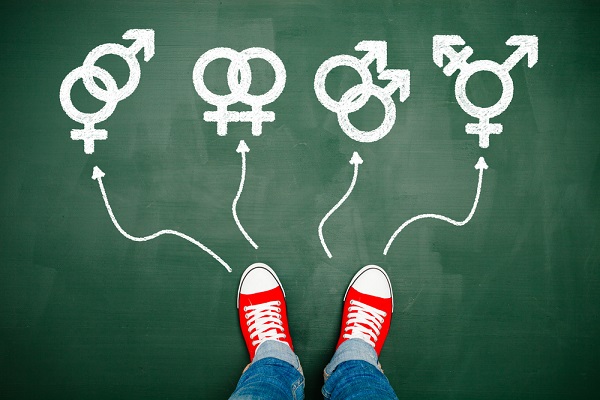 If what we’ve mentioned above indicates that Gender Theory cannot be acceptable to Orthodox Theology, the confusion between nature and will which is attempted by this theory demonstrates that it leads to philosophical absurdities and difficult social predicaments. The theory concerning the distinction between biological sex and social gender therefore commits a serious methodological error by confusing nature and will, necessity and freedom. As His Eminence Ierotheos, Metropolitan of Nafpaktos and Ayios Vlasios notes: ‘The more they talk about our will and freedom, the more they denigrate nature, which they consider to be coercive, since it produces non-freedom, ‘distress’, and ‘force’. In this sense, people subscribing to this way of thinking have written that marriage (as we know it and as it functions as a mode of expression of the two sexes- male and female) and the birth of children is an ‘instinctive necessity’ which restrains or abolishes ‘personal freedom’. So, according to them, ‘correction of gender’ is linked to ‘personal freedom’.

Over-emphasis on the will and freedom as opposed to nature produces a great many invalid results because, if, in the end, the view prevails that a child should decide which gender it wants to belong to when the time comes for it to do so, then, by the same logic, we might say that it’s wrong to teach a child any particular language and that we should allow it to choose the language it wants when it grows up. We shouldn’t tell it who its parents are, but should permit it to choose the parents it wants when it grows up. We shouldn’t teach it to read and write, but should allow it to decide whether it wants to later in life. These and other related proposals can’t really serve the personal life of each person nor society and are indications of a strange neurosis and enforced idealism.

It’s no great task to prove that nature differs from freedom and will, since common sense and mere observation demonstrates this. Birth itself is the result of nature, not of will. None of us was asked if we wanted to be born, or when, or who our parents should be, or what characteristics we might have, or which sex we should belong to because nature imposes a necessity in these matters which transcends our will and freedom. In the matters we’ve just mentioned, which are biological, the ontological precedence of nature as opposed to thought and will is a characteristic of human beings. The Bioethics Committee of the Holy Synod of the Church of Greece has stated: ‘As an important element in the individualization of people, sex is informed by the principle of the absence of free choice, by constancy and unchangeability’.

The Arians made a similar philosophical error, when they wanted to demonstrate that the Son is created. They posed the question to the Orthodox: ‘Did the Father beget the Son by volition or not?’ The aim of this supposed dilemma was to force the Orthodox into one of two positions: a) if they answered ‘By volition’, then they’d have had to accept that the Son did not differ ontologically in any way from other created things; b) if, on the other hand, they said ‘Not by volition’, then they’d have had to accept that the Son was begotten by the Father through necessity, which would have been impossible, since it would have called God’s very divinity into question. The Fathers demonstrated that this is a false dilemma by pointing out that we shouldn’t confuse nature with will: the Father begot the Son neither by volition nor without volition, but by overriding nature. Divine nature supersedes volition and is not subject to time nor is drawn by necessity. Saint Athanasios the Great points out that: ‘By as much as that which is created is subject to the Son, so far is the will subject to nature’, which means that nature and biology impose a necessity and an overwhelming need which we cannot overcome. Saint Athanasios observes that if you want to build a house, you first think what you want it to be like. But you can’t do the same for your child, by thinking and wishing. The child is simply born ‘according to nature’, and submits to this natural necessity. The same is true of our biological characteristics, which can’t be determined by the will, any more than biological necessity can be abolished by thinking and wishing.