Faith as a Prerequisite for Salvation, in the Prophet Habakkuk and the Apostle Paul

The prophet Habakkuk [1], one of the twelve minor prophets of the Old Testament, lived in Palestine in the 7th century B.C., at a time before the southern kingdom was conquered by the Babylonians (587) and lost its religious centre, the Temple of Solomon.

In his book, he paints a picture of social injustice as a result of religious decadence and moral turpitude. He gives the causes of the suffering of the people and attempts to rally them. He goes up into the watch-tower, where he sees God, and receives the commandment to record this theophany in the form of a hymn. He expresses his complaint to God that those who love Him and are righteous suffer hardships and are oppressed by the impious. He further complains that God does not intervene directly to force the powerful to abandon their violence against those who are weaker than them. The Law, the religious and moral teaching, which is the basis of a righteous society, has become paralyzed because of the overwhelming violence. 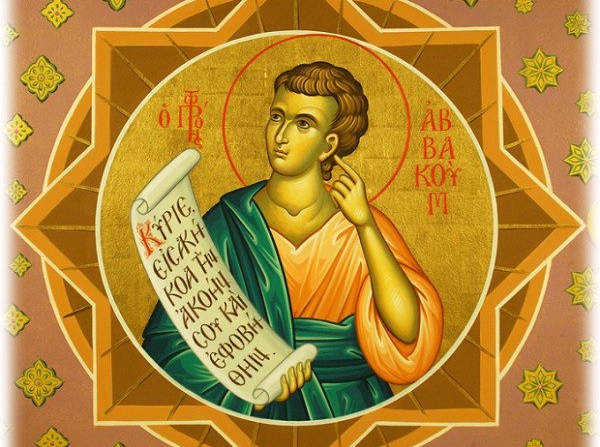 God reveals to him that punishment for the unbelief and moral decadence of the people was on its way, in the form of the Chaldeans. When the prophet complains again, God reassures him that the powerful will be destroyed. The prophet condemns the idolatry of the Chaldeans and urges the people to believe in the One true God and to live by His Law. Then follows the theophany, the appearance of God, and the punishment of the conquerors. At the end of the book of Habakkuk, God is the redeemer and saves the people from the overbearing and infidel nation of the Chaldeans. The final victory of the righteous is assured.

God’s answer to the prophet, the phrase ‘but the just (righteous) shall live by my faith’ [2] may be considered to be the central idea of the whole of the book. The righteous will live because of their trust in God.

Like Habakkuk, the Apostle Paul is convinced that wickedness and sin are incompatible with God’s holiness and that this situation can be resolved only through His intervention. So he uses the pronouncements of the prophet Habakkuk in his epistles to the Romans, the Galatians and the Hebrews, where he talks about faith in Christ as the Son and Word of God Who recapitulates in His Person all of the Father’s theophanies. He says that acceptance of His teaching as faith is a prerequisite for salvation [3]. In order to demonstrate the relationship between righteousness and faith, he declares that the Law is not based on faith. In attempting to combine faith and works, the Jews have been excluded from God’s blessing.

Because now, without the old law having contributed to anything else, God’s justice has been manifested, and is witnessed by the law and the prophets ‘through faith in Jesus Christ to all who believe’ [4]. We do not, however, abolish the Law but support its status. Christ came to fulfil the law: ‘Christ redeemed us from the curse of the law by becoming a curse for us, for it is written: “Cursed is everyone who is hung on a pole”. He redeemed us in order that the blessing given to Abraham might come to the Gentiles through Christ Jesus, so that by faith we might receive the promise of the Spirit’ [5]. The righteous ‘shall live by faith’[6] and if anyone is cowardly and retreats, this is not pleasing to God [7]. The judgement will come for those who are not faithful to God and do not put their trust in Him. 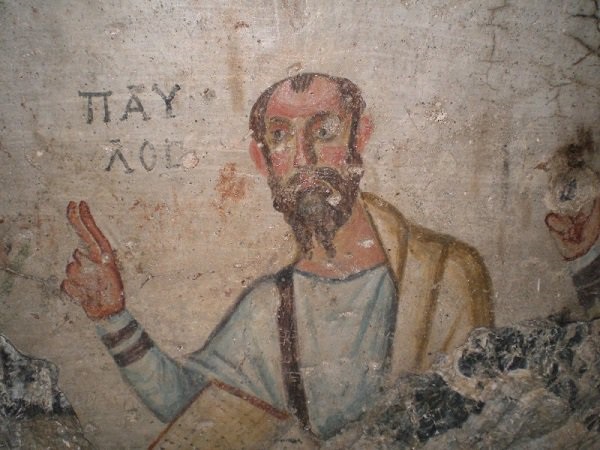 Paul urges the faithful to have patience and faith in God’s will and to beware losing their fearless and courageous belief, because retaining it will receive a great reward in heaven. Like Habakkuk, he confirms that true life is possible only in terms of a relationship of absolute dependence on the Lord. Such a dependence, based on faith, alters our very existence in this world, filling our life with joy and hope, with the expectation of the final fulfilment of all His promises. The righteous have the promise of eternal life, regardless of what has happened to them in this life. Describing the faithful remnant in the last days, Saint John the Evangelist writes in the Book of Revelation: ‘Here is the patience of the saints, who keep the commandments of God and the faith of Jesus’ [8]. The righteousness await divine intervention, even if this happens at the Second Coming.