Love seeks nothing for itself

They say about blessed Anthony, that he never thought of doing anything that was of more benefit to himself than to others. This was because he believed that any gain for other people was the best thing he could do.

And again, they said about Abba Agathon that he used to say: ‘I wanted to find a leper so that I could take his body and give him mine’.

Do you see what perfect love that is? And if he had something useful he couldn’t rest until he’d passed it on to someone else. He once had a chisel for cutting into rocks. Another monk came to see him and, since he saw it and liked it, Abba Agathon wouldn’t let him leave his kelli without it.

Many hermits gave their bodies to wild beasts, the sword and fire in order to benefit others. 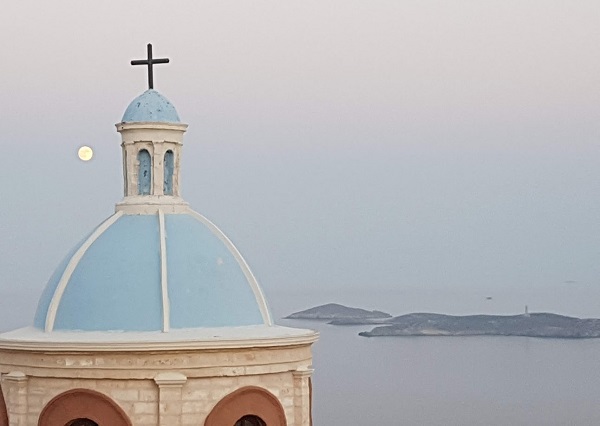 Nobody can reach such heights of love unless they have the hope of God hidden away inside themselves. And those who give their heart to this transitory world can’t truly love other people.

When we acquire real love, as well as this we also clothe ourselves in God. If you have acquired God, then you can’t acquire anything that’s not necessary and you can strip yourself even of your body, that is, any unnecessary bodily comforts.

People who have attired themselves, body and soul, in worldly vanity and who wish to enjoy the good things of the world, can’t clothe themselves in God- become God-bearers- unless they give these things up. Because the Lord Himself said: ‘If anyone comes to me and does not hate father and mother, wife and children, brothers and sisters- yes, even their own life- such a person cannot be my disciple’ (Luke 14, 26). Not merely leave behind, but hate. And if you can’t become His disciple, how will the Lord dwell in you?

And let’s not forget to mention what Saint Makarios the Great did that chastised those who looked down on their brethren. He once went out to visit a sick monk and asked if he wanted anything. The monk replied that he’d like a little fresh bread. In those days, monks lived the whole year on dried rusks, but this blessed man got up and, despite the fact that he was ninety years old, walked from the skete to Alexandria, where he exchanged dry bread from his kelli for fresh, which he then took back to the monk.

Abba Agathon, who was a lot like Makarios the Great, did something even more special. The Elder was the most experienced of all the monks of his time in spiritual matters and valued silence and quietude more than anyone else. Whenever there was a fair in town, this wonderful man would go to sell his handiwork in the market. One time, he found a stranger, sick and neglected, in some corner or other. What did he do? He rented a little house and stayed with the man. He performed manual labour and, whatever he earned he spent on the sick man. He served him for six months, until he became well.

The true and indisputable word of the Lord tells us that we can’t have within ourselves the desire for the things of this world and, at the same time the love of God [‘No one can serve two masters. Either you will hate the one and love the other, or you will be devoted to the one and despise the other. You cannot serve both God and money’ (Matthew 6, 24)].

If people have become dead to their material needs because of their great loving-kindness, then you can reckon that they belong to God. Because people who are charitable towards the poor have God to look after their own needs. And those who deprive themselves for God, have found inexhaustible treasure.

God doesn’t need anything. But He does rejoice when He sees someone bringing relief to His image and honouring it for His love. If somebody comes to you and asks for something you have, don’t say in your heart that you’ll keep it for yourself, so that you’ll feel at ease, and that God will find another way to meet the need of the other person. This is what the unrighteous say, the people who don’t know God. People who are righteous and virtuous don’t pass on the honour that their impecunious neighbour has paid them to somebody else, nor do they allow themselves to miss the opportunity to be charitable. The poor and needy get what they need from God, because the Lord doesn’t abandon anybody. But you, who sought your own comfort rather than that of other, poor people, have defamed the honour God gave you and have deprived yourself of His grace. When you give alms, be happy and say: ‘Glory to You, God for allowing me to find someone to comfort’. And when you haven’t got anything to give, again rejoice and say: ‘Thank you, God, for giving me the grace and honour to be poor for Your name’s sake, that You’ve allowed me to feel the sorrow of bodily weakness and poverty, which You set as the narrow path of Your commandments, as the saints experienced them when they trod the same path’.