The Repercussions of Rationalism in our Life (2)

Nous and reason
In order to understand better the difference between the ‘good’ and ‘bad’ use of human reason (the latter being rationalism), it would be useful to set out in brief the teaching of the Church regarding the way it works.

According to Saint Maximos the Confessor and the Orthodox Patristic tradition, we have two centres of cognition. In other words, there are two paths, two ways through which we can come to know things, natural creation and God Himself.

These two centres are the nous (which the Fathers identify with the heart) and reason (that is logic, thinking and the brain) The seat of the nous is the heart and that of reason (or logic) is the brain. The nous is the centre of the soul, which is why the Fathers call it the ‘overlord of the soul’. Through the nous, which is the visionary energy of the soul (which is why it’s also referred to as the ‘eye of the soul’), we acquire knowledge and experience of God and we become sharers in the divine Revelation. 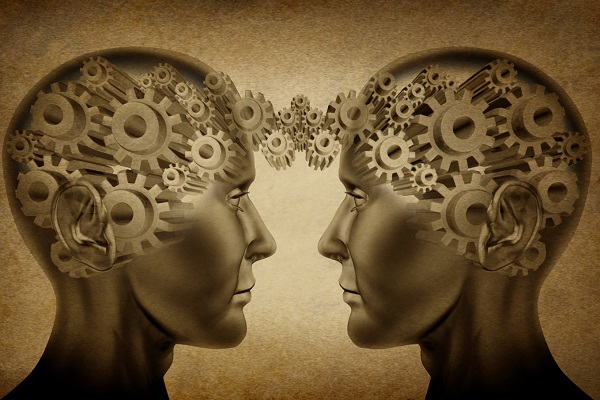 The biggest obstacle that stops people today from attaining to knowledge of God is precisely this: that we try to get to know Him in the wrong way, using the wrong means. To put it differently, we substitute reason (logic) for the nous (the heart), and so we end up with rationalism and the inability to know God in truth.

From the above, it should be clear that abandoning my reason doesn’t mean that I become unreasonable or absurd. Faith isn’t in opposition to reason, but beyond it. It isn’t understood but experienced. Faith doesn’t mean understanding, but trust. It doesn’t oppose rational discourse, but transcends it, goes beyond it. The supralogical in Orthodoxy isn’t the abolition of logic but its transferal and elevation into acceptance of the experiences of divine revelation. The supralogical is the unconditional surrender of our self, i.e. self-abandonment, to the will and mercy of God. The ‘logical’ view is to narrow God down and reduce Him to fit in with our own personal needs and demands, with our egotistical will. The supralogical is to leave the door to our heart open for God to come and act within it, in His own way, which is neither rational, irrational or absurd but is beyond rational thought altogether. It’s the eternal truth about God, it’s the source and path of our salvation. The supralogical is the subjection of our own reason to that of God. It’s the effort we make to accept God’s logic when this isn’t in accord with our own.

The aim of Christians is heaven. Our homeland is heaven. Christians are citizens of heaven and the central purpose of our life is to know God and to be united with Him, in other words to achieve deification. The absolute requirement of our spiritual path is always deification, which is achieved only through the cleansing of the heart and illumination of the nous. So illumination of the nous should be our main pursuit, rather than cultivation of our reason. It’s the illumined nous that leads to God and not well-developed powers of reason. An illumined nous is God’s reward to us for ceding our reason to Him. This is why our efforts should be aimed at the illumination of the nous, rather than the exercise of our reason.

This spiritual knowledge isn’t the result of the logic of our brain. It doesn’t belong only to geniuses, to the educated, to academics. It doesn’t require composite thought, complex analyses and syllogisms. Spiritual knowledge is a gift from God, given to all, educated and illiterate, knowledgeable and ignorant, clever and simplistic, to everyone who has a simple, humble and pure heart. Faith is a gift from God to ordinary, humble people, not the result of some rational procedure.

Spiritual knowledge isn’t studied in the universities and reading-rooms of the world, it isn’t recognized with diplomas and post-graduate degrees, and it’s not the object of academic research. Spiritual knowledge is a matter of the heart, it’s an enlightened nous, it’s participation in love, grace and the glory of God. It’s the revelation of God’s truth in our life and in the world as a whole. Faith and hope are the laboratory of spiritual knowledge, as are trust in God and our abandonment to His infinite love and providence. It’s the everyday observance and execution of God’s commandments. It’s practising charity and active philanthropy. It’s love of other people, it’s goodness and joyfulness.

Passing through all the stages of the error of pride, rationalism brings us, in the end, to self-justification, because it convinces us that we’re right: since our thoughts, words and actions are logical, they must therefore also be right and fair. So, we’re right and therefore are justified in imposing our own view as actual knowledge, as being desirable and as a way of behaving. Once we start doing this, we’re on the slippery slope towards our unattainable (because it’s insatiable) self-justification, which seduces us into a chain of ever greater and more onerous sins.

The Pharisee in the parable at Luke 18, 9-14 is the most representative type of the person who’s self-justified. He boasts of his virtues, considers himself righteous and, at the same time, disparages the publican, seeing him as a sinner and beneath him. Those who vindicate themselves judge themselves and award themselves the title of ‘righteous’, all the while believing that God has a duty to reward them.

Self-justified people suffer from psychological problems, since they reject their guilt. They become irritable, dissatisfied, demanding, impatient, disobedient, impertinent and quarrelsome. Following the example of Lucifer, they’re unwilling to recognize their sins and to seek forgiveness. They repeat the refrain of Albert Camus: ‘I was right, I certainly am right and I’ll always be right’, thus building an insurmountable barrier between them and the depths of God’s mercy.

Rationalism is concentrated pride, contempt, self-justification, self-sufficiency and autonomy. This is why it makes strangers of people, isolates them, distances them from God and other people. Rationalists therefore become factors that work towards the breakdown of friendship, marriage, the family, the monastery, and society as a whole.

In the end, despite their splendid achievements, rationalists end up as the tired, empty, unsatisfied and dejected people we see today. Every day they live the drama of the existential angst, insecurity and stagnation in which their logic has trapped them, abetted by the self-confidence in which they invested so much.

We need to step beyond the limits of outdated human logic and into the boundlessness, the riches and the blessing of the logic of God.