The truth of Christianity comes into the world as ‘fire’. All worldly truths are conventional and have relative value, depending on the degree to which they’re objective. All these truths function at the level of the relative. The error comes when they’re made absolute and replace universal truth. From a Christian standpoint, the mistake occurs when, for reasons related to modernization, an attempt is made to make the truth of Christianity conform to that of the world. 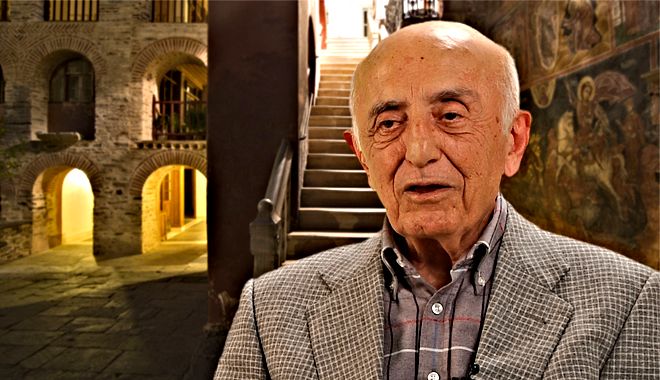 Christianity isn’t modernized when it complies with the relativity of the world and the worldly spirit, but when it keeps its tradition alive. The whole content of the Christian tradition is Christ Himself, Who died and rose and remains within the world in His Church. The preservation of this tradition is the experience of death as a factor of life. It’s brought about by the self-immolation of each of the living members of the Church, which makes possible the manifestation of the life of Christ and the departed members of His Church through a new ‘relevance’: the relevance of the life of its members, who are engaged with the world. Thus, the whole theology of the Church is always concerned with ‘relevance’.

It’s natural, though, that Christianity will remain foreign and strange to the world. Christ Himself came into the world as a stranger. Not because He’s really a stranger to the world, since He created it, but because the world became alien and strange towards Him. He came ‘home’, but His own people didn’t accept Him. To those who did, however, He gave the power to become children of God, to become gods themselves.

We weren’t made to stay as we are. We were made to become perfect and to grow into something we weren’t. We came from non-being and are an image of the true Being. We were made as a creation, and are called to become like the uncreated Creator. We are, by nature, human and have been given the power to become divine. God became human so that we could become gods. This paradoxical situation, which lies at the heart of Christianity, defines its nature and shapes its radical character. Because of its nature and character, it’s not easy for Christianity to be accepted by people, but rather it ‘is gainsaid’, just as Christ Himself became ‘a sign to be repudiated’, Who was ‘destined to cause the falling and rising of many’.

Christ’s rejection by people, as also His acceptance by many others, are enduring phenomena which are observable in our own time, too. Christ Himself told His disciples: ‘If they have persecuted me, they will persecute you; if they have kept my word, they will keep yours’. In general, the world remains foreign to Christ and His teaching. This is due not only to the negative attitude of people, however; it’s also due to the way Christianity is badly represented by the faithful themselves. Herein lies the tragicality of the world and also the necessity for real witness by Christians in the world.

From the outset, real Christians felt ‘foreigners’ in the world, were ‘wayfaring strangers’. Not because they forsook the world or because it wasn’t the place their Father had given them, but because the world renounced the Father and renounced the purpose for which it had been created. Christians feel like this because they place everything within the perspective of the Kingdom of God- insofar as they actually do this. In this way, they justify the world and the life of people in it. They live in the world as ‘wayfaring strangers’ because they exercise their authority- insofar as they do so- in order to live as ‘fellow citizens with the saints and members of the household of God’.