It’s not unusual for people to be very concerned that others should have a good image of them. This demonstrates a lack of self-awareness, humility and seriousness. In the depths of their being, the dominant feeling is one of egotism, the basis for vanity. In other words, it’s a state of spiritual imbalance in which the person is dependent on the opinions of others, takes them seriously into account and acts accordingly. Such people ignore their true self- their weaknesses and their gifts- they ignore the fickleness of others, who aren’t slow to change their views, and they ignore the love of their heavenly Father, the only constant we have, whoever we may be.

It’s a well-observed fact that those who know themselves and humbly accept their inability to change, don’t desperately seek the good opinion of others. Neither, of course, do they reject it disdainfully. They know that no opinion concerning their person, positive or negative, can change them, unless that’s what they want. They also know that, in the blink of an eye, ‘Hosanna’ can change into ‘Let him be crucified’, even if this isn’t a true reflection of events. 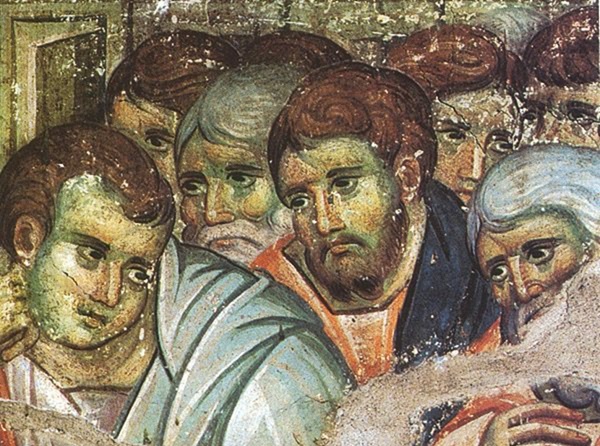 Tension, turmoil, the effort not to show inability or weakness, studied manners and false style are the symptoms of the sickness we know as vanity. This is an illness that has a negative effect on our soul and body This is why people who seek a good image of themselves in order to be well-liked by others and to gain their respect and regard, don’t have the joy and freedom which are so beneficial to the health of the body.

The Gospels talk about the negative experiences of Jesus: His frustration, His abandonment, and His pain, even though these had been followed by the triumph by the time they were recorded. There is also mention of Peter’s denial and Paul’s persecution, even though both of them afterwards became first among the Apostles.

Tradition tells us about harlots and tax-collectors who became saints, about robbers and criminals who were transformed into saints. They themselves spoke about their ‘former life’, accepting and even seeking contempt from those who knew them.

In order that we may experience the freedom of being God’s children and the joy of Christ, the Church calls upon us to cast off the false image we’ve made for ourselves and which we want those around us to accept. Not with external actions and feverish efforts, but with the humility and sincerity that lead to repentance, to the new life in Christ, to our own resurrection from the dead.

Then we’ll see a new ‘good image’ emerge within us, that of ‘our new self’, ‘made in accordance with Christ’, which will bring us peace of mind. And, without effort, those around us will see it and will be consoled along with us.