On Humility and the Humble Outlook – 1

The title of this speech in Greek is ‘Περί ταπεινώσεως και ταπεινοφροσύνης’. An Elder has explained the difference as being that ‘ταπεινοφροσύνη’ is an attitude of mind (hence ‘humble outlook’), while ‘ταπείνωσις’ (‘humility’) is from the heart. In practice, however, the terms are often used interchangeably. 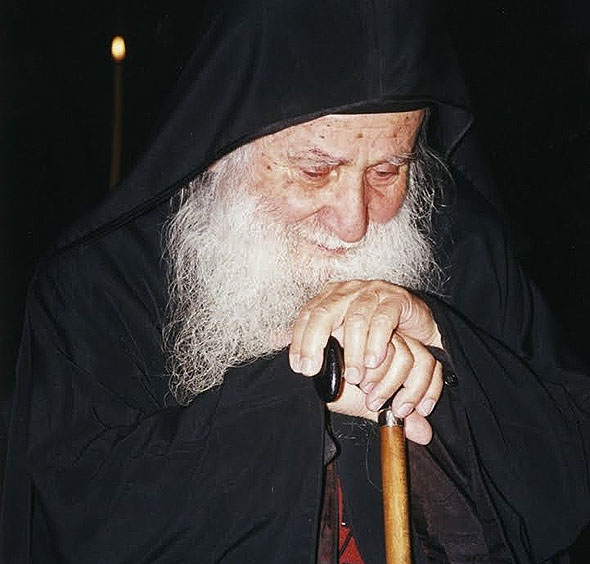 Without question, the Scriptures as a whole, as well as Patristic philosophy, are ‘seasoned with salt’, as it were, garlanded with the good mother of the virtues, the humble outlook. This is particularly noticeable at the points related to the behavior and comportment of people living by the direct instructions to reach their destination and striving to put these into practice through repentance.

In another homily, we referred to obedience as a virtue. Now we’re obliged to describe humility as an attribute, the character and form of the soul and of the personality.

If duty is an inviolable rule of life for rational beings, how much superior to it must be the personal attributes, the form and the character? And if, again, humility were only a human skill and achievement, which adorns and perfects rational beings, without it also being divine, human boldness would be able to describe it. But from the moment that it was revealed to us that it reaches as far as the Incarnate Word of God Himself, humility became something beyond that which human thought can conceive, and which can be understood only with admiration and astonishment. He Himself says: ‘Learn from my example, for I am meek and humble in heart’.

In order to confirm what I’m saying, let me quote a description of the humble outlook from one of the greatest luminaries, a real philosopher of grace and of the Holy Spirit, Saint Isaac the Syrian, who continued the authenticity of the Fathers. It’s from his 20th discourse, from the 1770 Leipzig edition: ‘I would like to open my mouth, brethren and speak about the important matter of humility, and am filled with fear, just like someone who knows he’s going to speak about God with his own, human way of thinking. Because it’s the raiment of divinity. The Word incarnate wore it and spoke to us about it’.

As regards the nature of this great virtue, suffice it to leave the Patristic term as it is, which is that it is divine and the garment of divinity in its spiritual completion and, therefore, a gift of the Most Holy Spirit. Let’s confine ourselves instead to its attributes and energies and, even more so, to how it’s acquired and what it consists of, again with fear and on the basis of the judgment of our Fathers.

Since, in our terminology, we call it character and person in rational nature, it’s apposite to mention, broadly speaking, how it acquires these terms. So that, from the outset, it’s credible and desirable for people, since everybody has the right to acquire their real personality through it.

In the first place, the humble outlook should be placed within the context of moral law. But beyond the moral law, we should also look for the more general reason which makes it imperative, because it’s here we see that it’s endorsed by the new creation, the Word of God incarnate, and that He assigns it, not to doing one’s duty, but to the place of personality, private life and character.

It may be that the Apostles wished to learn what Jesus was like in the most profound depths of His being, in His Godly, inner world, but that they didn’t dare to inquire, though they asked so many other questions which He answered freely at the right time. This is why, on His own initiative, He told them these astonishing words: ‘Learn from my example, because I am meek and humble in heart and your souls will find rest’ (Matth. 11, 29).
The all-powerful God the Word, by Whom ‘all things were created, in heaven and on earth, visible and invisible, all things were created through him and for him’ (Col. 1, 16), is the centre of all personality and, through His grace, all personalities find their place.

The ‘humility of heart’ of the Word of God is characterized as a position of certainty and stillness. Since our Lord is the centre of every personality, it’s right and proper that He be called ‘humble in heart’, because the whole of the authority of His dominion is manifested in this position of stillness and certainty. It’s not our purpose here to go into theological terms regarding the Godly attributes, but to extol the particular significance of His humility, as well as that of all His followers in all ages and in every period of the divine revelation.

Humility penetrates and is penetrated, it doesn’t fear, doesn’t question, doesn’t seek and therefore doesn’t move. As truth in Himself, life in Himself and all-loving, Jesus also, rightly, has humility as the universal position of His personality. This is precisely what is transferred to those who follow Him and participate in it. It is demonstrated by this that humility is not merely a branch of moral law, which inverts the corresponding evil, as is the case with other virtues, but is an ontological feature of the integrity of people who by the nature of their existence are characterized as being self-contained, decisive and active in the certainty of their immobility.

At the other end of the spectrum are the characteristics of the absence of humility: uncertainty, fear, suspicion, need and- later- the undesirable mobilization of all kinds of lies and deception for salvation and safety.

A living image of this condition is the devil who suffers and activates all these negative positions of the perversion of the personality, and others like them. The outlook which is not humble, what we call egotism and pride, remains bogged down by itself in the mire of selfishness and individualism. It’s constrained by the suffocating framework of being a single unit, and, under pressure from the impersonal selfishness of individualism, diminishes constantly but increases in cowardice, uncertainty and isolation, until it bursts out in a variety of undesirably cunning attempts at self-justification. The constraints of nihilism do away with the notion of the absolute, of truth, of eternity, of the breadth of the union of all. Nihilists don’t recognize anyone other than their own sick selves. Nihilists evolve into anarchists, who don’t recognize any authority or divine or human dependence. They end up as atheists, which is the greatest of all the preceding woes, in essence becoming diabolical and utterly destroyed.

If you look carefully at his characteristics, what else is the devil? An individualist, a great individualist. He doesn’t welcome anything into himself except himself. Nor does he recognize any other principle, dominion or power. Always and everywhere he’s alone and, necessarily, a total nihilist, since nothing can get close to him. He went into self-exile, was expelled from everywhere and sits in the nothingness of his nihilism. This is why he fell. ‘I saw Satan fall like lightning from the sky’. This is why he was condemned: ‘the ruler of this world is condemned’ (Jn.16, 11). This is why he was expelled: ‘now will the ruler of this world be cast out’ (Jn. 12, 31). Outside every place and locus of life, the devil has a place only in the darkness of death, of perdition and of hell. He no longer has any place among other beings, because he expelled himself with his accursed individualism. This is why, since he himself is nothing, he tries to acquire significance and personality by treachery, lies and deceit and why he forms imaginary values that he pretends are his own, whereas, in fact, they don’t belong to him.

‘Wherever the basis of humility is missing, there’s no safety, because then the unity of all in Jesus, who is the peace of all and the resurrection, is also missing’.

This is the devil and this is the poverty of the egotism of his supporters, which forces them to pretend, to transform themselves, to act a part, because they want positions and honours of which they aren’t worthy, because, in essence, they’re destitute  and poor because they’ve removed themselves from the body of others through their sick individualism. This misery is followed by all the other woes, culminating in hatred, envy and crime. The dark veil of death shrouds these unfortunates who’ve given themselves to the devil, these faded replicas of the murderer who sinned from the beginning and misleads, since he himself is a liar and the father of lies.