On Humility and the Humble Outlook – 3

With a variety of definitions, our Fathers lead us to humility, but the meaning is almost the same: the comprehensive labour of love that supports all the other virtues.

We shall now note some of the sayings of the Fathers which refer to the qualities and fruits of the humble outlook and the manner in which those who have it behave. This will give us more practical knowledge.

Anthony the Great, when he was once in an ecstatic state, saw all the land around him full of traps set by Satan. He sighed and asked God to tell him how anyone could avoid them and then heard a voice telling him: ‘only with humility’. 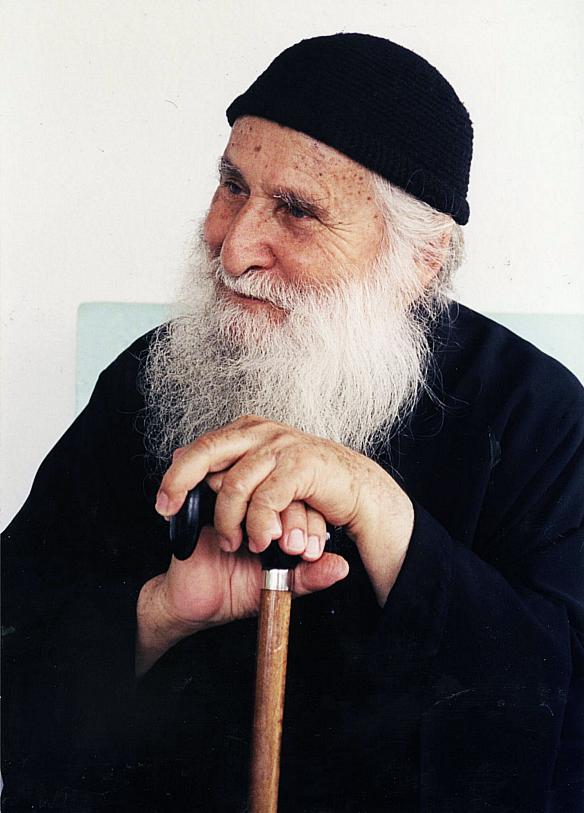 The same saint, when he was asked by Pimin (Poemen) the Great what the perfect work was for spiritual people, as regards virtue, answered that it is self-censure and living continuously in the expectation of temptation.

Abba Pimin [the word means ‘shepherd’ in Greek] said that those who condemn themselves obtain endurance and patience.

Abba Evagrios said that the beginning of spiritual progress for people is self-censure.

Another great ascetic, who had authority over demons, asked them what work or virtue of the saints vanquished them and they answered ‘being humble’.

Saint John the Short used to say that being humble and fearing God were above all the virtues.

Abba Longinos said that humble-minded people are incapable of judging others.

Saint John the Theban said that, above all, spiritual people have to achieve humility.

Abba Pimin, again, said that people need a humble outlook and fear of God the way they need air to breathe.

Abba Sisoïs, who was great among the Fathers, said that the route to a humble mind consists of restraint, constant prayer and a struggle to acquire the view that you’re inferior to all others.

Abbas Kronios said that the means that lead to humility are abandonment, as far as possible, of material things and whatever leads to fragmentation of the mind; bodily labour; and remembrance of death.

Another Elder said that those who have humility humiliate the demons. And again, he said that the soul acquires humility when it’s concerned only about its own woes and errors.

Another said that, just as the ground never falls down, neither do humble people, because they’re always so lowly.

When another was asked what humility was, he said, ‘If your brother sins against you and you forgive him before he asks’. He also said that people’s progress depended on the depth of their humility: the more profound their humility, the greater their progress.

Abbas Isaiah said that, with humility, all the achievements of the Evil One are destroyed.

Saint Synklitiki said that the beginning and end of all good things, that is the spiritual life, is the humble outlook.

The incontrovertible judgment of the Fathers regarding the practical manner in which to achieve this God-pleasing quality is- in their experience- bodily labour and self-knowledge, and these are things which are present in everyday life. In general, the narrow path of all-inclusive Christian morality leads to the fear of God and He then becomes a guide to that which constitutes ‘sentience in God’ and the great virtues, which are ‘not to think highly of yourself’, ‘to censure yourself’ and ‘to withstand all temptations’. Apart from his other efforts, the Prophet David put forward his struggles as means of expiation, saying: ‘Look upon my humility and my effort and forgive all my sins’. And elsewhere he offers as a convincing example of his forgiveness that: ‘I was humbled and the Lord saved me’. Again, he reveals that the Lord, ‘gives grace to the humble’, in contrast, of course to the egotists. So, if, ‘God will not despise a humble and contrite heart’, this is known to us because our Fathers and, indeed, all of those in the whole of human history who have been granted some knowledge of God, have all tried to be humble more than anything else.

With the sense of human insignificance, since, according to the Lord, we can do nothing without His help, and with the awareness of our likeness to Christ through His grace, which we are granted by acting and thinking in a humble manner, let no-one absent themselves [from the struggle] by investigating, desiring and doing whatever leads to easy, or rather, free salvation, because they’ll hear in their ears the blessed and sweet voice of the Lord saying that He’ll come again to bring close to Him those who are worthy. He said ‘blessed are the poor in spirit’ (i.e. the humble), for theirs is the kingdom of heaven, which we all hope to gain. Amen