So the Lord’s resurrection isn’t merely a historical event. It’s something incomparably more sublime and significant than the events recorded by history. Christ’s Resurrection is the source of life, hope and incalculable spiritual power. It may be that no one can express fully this power which is transmitted by the Risen Lord and is transfused into our human existence. 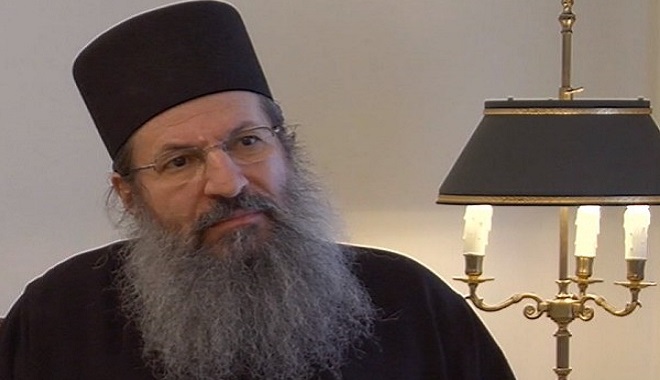 After His Resurrection, the Lord Jesus Christ remained on earth for forty days, living with His disciples. These days were an induction, an initiation, an apprenticeship, we might say, into a mystery. From that time, the disciples and the faithful throughout the centuries would no longer recognize Christ through the physical senses and His normal form, but through belief and through spiritual senses. This is no longer the life they’d come to know through the body that Christ had taken on for love of His disciples and of the whole world. Christ is no longer merely manifest, simply visible, He’s not the person seen by Saint Mary Magdalene. This is why, when she went to touch Him, she failed and was told ‘Do not touch me’. She thought she was approaching someone who was the same as He’d been before the Resurrection. But this was now Christ ‘after the Passion’, Who was glorified and had taken on this incorrupt life. He was now Who He truly is, not what the disciples had buried and had seen when He was unnailed. The Body of Christ was no longer subject to the laws of decay and of nature. He was now what we mean when we sing ‘You have done whatsoever you wished’. As Elder Aimilianos [Elder Elisaios’ predecessor as Abbot of Simonos Petras] says: ‘He is what, how and how much He appears; what and how much He offers to His disciples. He’s given, extended, consumed, as much as He Himself wants… Whatever we can take in, whatever’s possible for us, whatever we understand, whatever we want’.

* Usually translated as ‘reigns/ reigneth’, though this is inaccurate. While it is true that it can mean ‘govern’ or ‘administer’, the root of the word used in Greek is ‘polis’, meaning ‘city’, and the verb indicates that ‘one has the right to take part in the public affairs of the place where one is a citizen’ (‘The Greeks have a word for it’!). It is in this sense that it is used of Christians in heaven. It is also used to mean ‘the way in which one lives one’s life’ [WJL] .