The negative arguments against transplants
The negative arguments against transplants mainly invoke the sanctity of the human body and the spiritual dimension that these basic organs have in Old Testament anthropology, which is retained in the Patristic tradition. The heart, the blood, the liver and the kidneys are linked, in particular in the Old Testament with the spiritual life of the believer[1]. In the Orthodox ascetic tradition, too, the physical heart is directly linked to the spiritual life. The way to a person’s deeper, spiritual heart is through the physical heart. Besides, the negative arguments claim that we owe our body to God and can’t simply give it away. A Christian’s body is the temple of God, or a member of Christ. Besides, Christians don’t wholly belong to themselves, but ‘were bought at a price’[2]. So, the argument goes, they aren’t at liberty to dispose of themselves or their body as they wish. 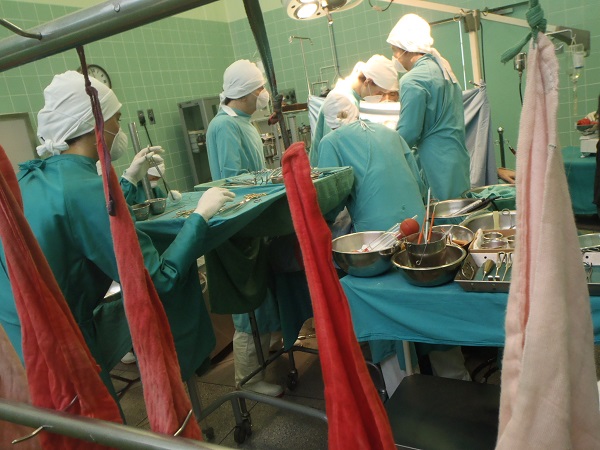 Despite this, Christians not only can, but must act in accordance with the will of Christ, which is expressed in His commandments. And when we act in accordance with the commandments of Christ, we’re acting within the perspective of real life, even if this passes through death. The special characteristic of Christian anthropology is that it looks to our real life only through the passage of death, and this is something which has revolutionary consequences. So the question is whether, through the donation of tissues and body organs we’re observing Christ’s commandments, which are summarized in the two commandments of love, and whether we’re following His example.

Christ teaches self-sacrifice and is sacrificed for the world. He Himself nourishes us with His body and blood- not, of course, in order to extend our life on earth, but to renew us and make us incorrupt. Despite this, He does offer an extension of biological life through His miracles. Through these He stoops to the level of our weakness. His aim in doing so is not to perform miraculous interventions, but to free us from sin. He says to the Paralytic: ‘So that you may see that the Son of Man has the power to remit sins, I tell you arise, take up your bed and go to your home’[3]. The miraculous cures and the resurrections from the dead which Christ accomplished are, at the same time, signs of the presence of His kingdom. If we as human beings, aren’t drawn to this presence, then the sign loses its significance. So the Church is called upon to act on this level, giving signs of its love, while not forgetting its main task. It’s called upon to find temporal means of benefiting people, without forgetting its prime goal. The main purpose of the Church is not to provide us with temporary remission from biological death but with permanent exemption from the fear of death and from death itself. For the Church, ‘the exemption from death, the disdain for the conviction of death, is the greatest thing of all’[4].

But strict adhesion to the greatest good, which is specially imperative in today’s secular society, does not mean indifference towards the least good, which is also imperative, precisely because of the secularization of society. The Church does not function merely with exactitude, but also with compassion. Theology cannot be dispensation. But dispensation still has its theological justification. The voluntary gift of some body tissue or organ, as a selfless act of love, is an action worthy of respect and delicate handling from a pastoral point of view. How can we not admire the kindness of a person who, out of love, gives an eye or a kidney, so that someone else can see or survive? And what could be said if the donor were willing to sacrifice even his or her life so that their neighbor could live? Of course, in that case, we’d have a pure manifestation of grace which would be recognized in its theological perspective, not a perfunctory list of voluntary donors.