Perspicacity is the healthy and unerring assessment of concepts and things so that they can be judged properly in terms of time, manner, place and occasion, and always in terms of edification. Perspicacity is the ability to identify imminent developments before they occur and thus to avoid the harm they might cause.

Perspicacity is a kind of foresight through which a healthy intellect forestalls what is about to happen. It is a gift of the Holy Spirit, which is granted as a prize to those who observe the dictates of their conscience scrupulously and who carefully keep the divine commandments. Perspicacity, in the sense of discrimination, is also the instrument which the Church uses to guide its children in the turmoil and storm-tossed waters of life. It’s the rudder of the notional ship.

People who are engaged in life’s struggle, in the march of events, are under attack from the enemy and from many other irritations that dog their footsteps. The most important means of their salvation is careful attention. The enemy pushes his war machine into all the sectors of our personality, mobilizing our inclinations and volition. The demons usually attack people in a manner appropriate to each person, but this is not absolute, since they also know that they can bring about our fall in other ways if they change their battle plan. They usually fight in a particular formation, but this is flexible. All they need is to be able to see some foible, either natural or acquired, or some breach through which they can pour and then strike. In the course of the battle there’s physical exhaustion, and that’s enough for them to cause sloth and, obviously, to arrest any progress. If, on the other hand, they notice particular zealousness and appetite for the struggle, then they encourage people towards excess and so, again, balance is impaired. 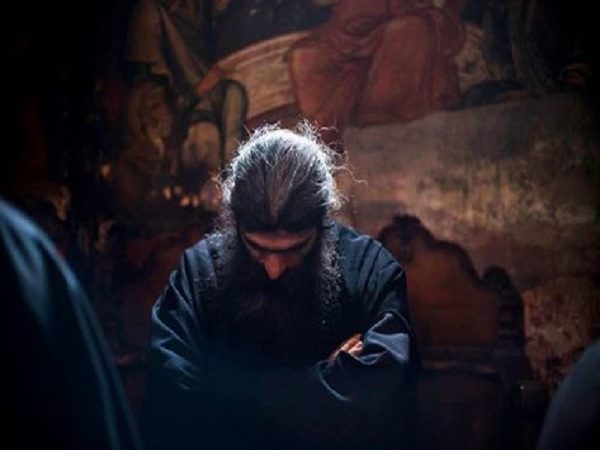 Both absence and excess are destructive of the norm and never achieve a result.  Absence is followed by indifference and excess by the irrational fanaticism of self-confidence. In both cases, divine Grace is not active and without this, nothing can be gained. The excess of untrammeled zeal is also followed by other damage, which is by no means unimportant. Any insistence on excessive asceticism, which supposedly comes from divine zeal, exhausts the body’s strength and then people abandon their positions, because they’ve depleted their weapons, the strength of their body. Our blessed Elder likened this to ‘the two vexations of our enemy, who attacks from the front and the rear’. So perspicacity, or discretion, is absolutely essential in terms of the way we manage our body, particularly if we have no guide. And in this management, if there’s no discretion, it’s not long before people are seduced by pleasures or self-love, which are, in fact the same danger. But the danger of defeat through bad management is more immediate, because, according to the Fathers, when we’re exhausted, in pain or are struggling, it’s easier for us to be robbed. When our human nature’s tired it really does seek rest. Our Elder was right to call this fight ‘convoluted’ in terms of both sides, that is from the front and the rear. These weapons of the enemy fail only against those who are full of Grace, who have reached the full measure of love, because they’re secure in the fullness of Grace, where the unquenchable light ever illumes them. They are already in the ranks of the righteous: ‘for we know that the law was not intended for the righteous’ (1 Tim.1, 9). But those who have not yet arrived at this point need to be careful. This is why our blessed Elder also used to say: ‘Those who have not yet acquired the wings of dispassion and cannot soar to the spiritual contemplation of the sublime… are still floundering around on the earth’.

Here we would recall the three states in which fallen humanity finds itself, according to the Fathers and our late Elder. The first is the unnatural, where people, ‘though they had honour and value, didn’t realize this and equated themselves with the beasts and became like them’ (Cf. Ps. 48 [49], 2). In this wretchedness, which is an accumulation of the shattered pieces of the fallen image, we find all the perversion and distortion of our nature and, if one may be so bold, the ‘satanization’ of perverted people in their utter sinfulness. Saint Makarios the Great says that sin, in its totality, is ‘a certain logical power and essence of Satan (Makarios the Egyptian, Discourse XV, § 49). Again, in Discourse XIV, he says sin is ‘a certain logical and intellectual power of Satan’.

If people who are thus enslaved wake up, by God’s mercy, and have recourse to the Church, in genuine repentance, then they rise, through Grace and the holy virtues, to the second state, the ‘natural’. There they live and think according to the natural laws of their logical being, with divine revelation as their foundation. If, by God’s grace, they don’t stumble into the traps of the Evil One and their old habits, which bring pressure to bear upon them, then they’re transformed, by Grace, into the ‘above natural’ state, which is where their nature, when in a healthy state, belongs and which is their original destination.

The spiritual states and degrees which correspond to these three conditions are, according to the Fathers and the Elder, the following: the ‘purifying’ in the unnatural; the ‘enlightening’ in the natural; and the ‘perfecting or sanctifying’ in the ranks of those who are being brought to the ‘above natural’ life. By the Grace of Christ, the purifying power draws people out of their life of absurdity and into rational behaviour, convincing them to regret and mourn over all their past misdeeds. The enlightening power, as a middle state, transforms the whole of people’s efforts, both mental and practical, in order to bring them out of a sinful way of living into one of virtue, in accordance with the words of Saint Paul: ‘For just as you once yielded your members to impurity and to greater and greater iniquity, so now you yield your members to righteousness for sanctification’ (Rom.6, 19). And the perfecting power is that which completes the divine dispensation of re-creating and resurrecting the human race to the point where ‘we all attain …. maturity, to the measure of the stature of the fullness of Christ’ (Eph. 4, 13). This is the measure of the Sabbath, when people rest from the labours of repentance and enter the state of adoptive children, when they enjoy the knowledge, even if ‘through a glass darkly’ that is, vaguely, that they are ‘heirs of God and co-heirs with Christ’ (Rom. 8, 17). This is what the Fathers call the passionless state, love, deification, the fulfillment of the divine promises, which the presence of the Word of God brought to us.

Since our subject was perspicacity, we’ve mentioned the changes which Grace brings to people, so long as we have the discrimination, the perspicacity, to see them.