The Parable of the Sower 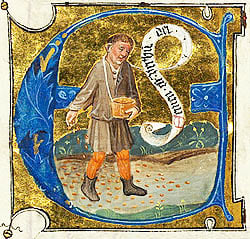 In today’s Gospel reading, the Evangelist Luke presented the Parable of Sower. Our Lord Jesus Christ used examples from the daily life to express the heavenly and divine truths. He was able in this way to help the man of good will to understand and to accept His divine message. Even today through the Parable of the Sower He takes the example of sowing, an image which is very familiar to the farmers. He compares the seed to the word of God, the earth to men’s souls and the various conditions under which one accepts or renounces the word of God in his personal life.

Once, a farmer went out to his fields to sow. He sowed in all directions, but although he sowed with skill one part of the seeds fell on the road and was trampled down by the passing men and the rest was eaten by the birds. Another fell on rocky soil, and as it grew it dried, because it had no earth for its roots to spread. Another fell on ground full with thorns and as it grew amongst the thorns, it was strangled.  Finally, another fell on good ground and when it grew it produced plentiful of fruit, one hundred times more.

Man has naturally implanted within him the desire to ask and learn for everything. As man will question and searches the knowledge of science and wisdom, even more he will understand how little he realy knows. If we are unable to know for things which take place around us, how much more we are ignorant of those things which take place beyond this world and which are unapproachable to man’s research and knowledge?

Our Lord and Savior Jesus Christ, who is the source and fountain of all wisdom and knowledge, is the only One who can reveal to the good-willing man the mysteries concerning man’s salvation. He assured His Disciples that “to you has been given to learn about the truths of God’s Kingdom”.

These truths – the mysteries of God – it is proper to be known by only those who believe in our Savior Jesus Christ.

The word of God is always full of life. It is the source of life and strength; it is always holy and powerful. But, to bear fruit it depends on the good will of every man who listens and accepts God’s words within his heart. If man, because of his evil intensions does not accept in his heart the word of God, then the Divine Grace does not give its fruits and that soul cannot be vested with the virtues of Christ.

Many are those who listen to the word of God which is spread in various ways. The Bishops, the Priests, the Preachers, the Radio and the Television spread in their own ways the word of God. Everyone listens, from t youngest to the elderly, but the question arise: “How many keep the divine words within their hearts and practice it in their daily life”?

Our Lord Jesus Christ assured us saying, that “not anyone who calls me Lord, Lord, shall enter into the Kingdom of Heaven, but he who does the will of my Father”. It is not enough to hear nice and beautiful sermons. It is not enough to study Holy Scriptures. It is not enough to come to church every Sunday and major feast days. All these must be done, but under the basic rule that we practice God’s teachings in our daily life. First practicing and secondly teaching are the two basics of Orthodox Spirituality and Life. 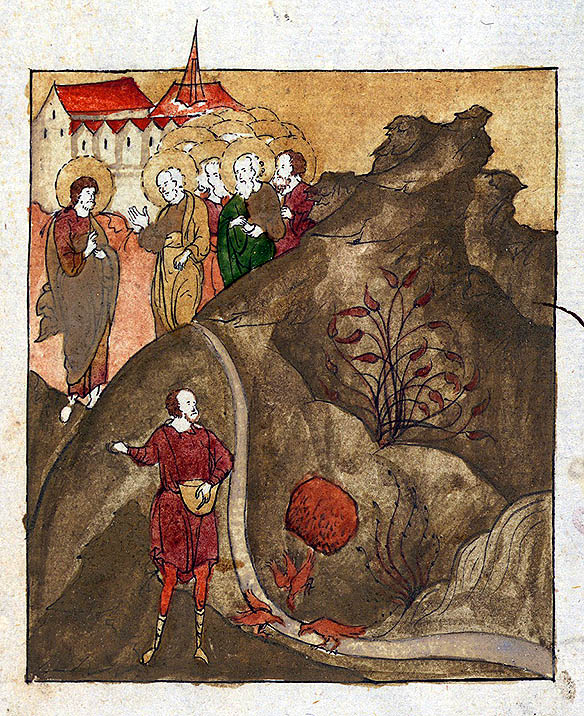 The Parable of Sower, Greek Manuscript, 1594

All those who listen with indifference the Church’s voice, the devil comes and removes from his soul the words of salvation so that man will not benefit and be saved. Man, then, remains under the darkness of sin, deprived from the Divine Light and suffering from spiritual starvation. How many are those who in their life deny the Divine Teachings? How many, although hear the word Of God, yet, they turn their heart towards earthly and material things, thus allowing Satan and his devils to loot the sacred words of God from their hearts?

The word of God which is treasured in Holy Scriptures have the almighty Grace of God and the Life of the Holy Spirit. The word of God has the power to change, to regenerate man’s soul and then man bears the fruits of virtue and piety. The fruitfulness of the virtues is achieved only within the Church, which is the soil. Outside of the Church they are many evil paths, those of unbelieving, doubting and materialism.  Outside of the Church’s Life man is strangled by the worldly cares.

When the word of God is accepted by a good-willing soul, then it is completely transformed spiritually and bodily. The unbeliever makes him a believer, the man of the flesh makes him spiritual, the greedy makes him a philanthropist, the blasphemer makes him a god-fearing person, the prodigal makes him an honest man.

Thus, we must not only hear or read the word of God, but we should practice it in our daily life. The acceptance and practice of God’s words bears the fruits of virtues and changes man into the living temple of the Holy Spirit.