Elder Anthimos, who Saw beyond Time and Space

There was a young boy in Thessaloniki who was ill with kidney failure. He had to have hemodialysis all the time and led a life of pain and misery.

His parents were devout people who were heart-broken at this. They couldn’t bear to watch their child suffer in this way. The father volunteered and offered a kidney of his own in order to save his son. 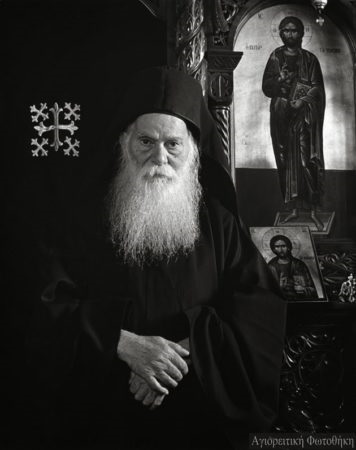 Unfortunately, however, the patient’s organism rejected the transplant and the boy became increasingly ill. He was placed on a waiting-list again but there was no donor to be found. In her despair, his mother turned to Father Anthimos. She was in tears as she explained the situation to him. This was the answer she received.

It was the Elder who spoke, but his words actually came from heaven itself. Humble Anthimos avoided the praise of other people, but his lips were opened by divine Grace and he said: ‘A donor will be found soon. In France’. The mother was astonished at the Elder’s reply but found the courage to ask: ‘How do you know this, Father Anthimos?’

The ascetic, who avoided both the praise of other people and the snares of the devil answered immediately: ‘Balaam’s mule has spoken!’

And, indeed, a short time later, a donor was found in France. The boy survived the danger to his health and now lives a natural life.