Theological and Scientific Theories of Knowledge [3]

Our first duty as people is to investigate and know ourselves. And our greatest error lies in the fact that we are usually entirely indifferent to the examination and recognition of ourselves and are concerned solely with inquiry into the world. Not only do we simply fail to take sufficient interest in ourselves, to our detriment, but we often go so far as to be exclusively unilateral, totally abandoning ourselves in the name of investigating the world.

The next question which arises has to do with the limits of research and its applications: is it permissible for us to do us much as we might be able to? Ought there not to be some bounds to research and its applications. If so, how can these choices and limitations be determined? What criteria should apply? What rules do there need to be? These questions have assumed enormous importance, especially in our own day and age, where scientific research is booming and covering a huge range of subjects, to the extent that it now involves experimentation on and processing of human personality itself. This is particularly obvious in the field of bio-technology, where research is being conducted into the artificial alteration of genetic material with the aim of the creation of organisms with new properties and abilities. 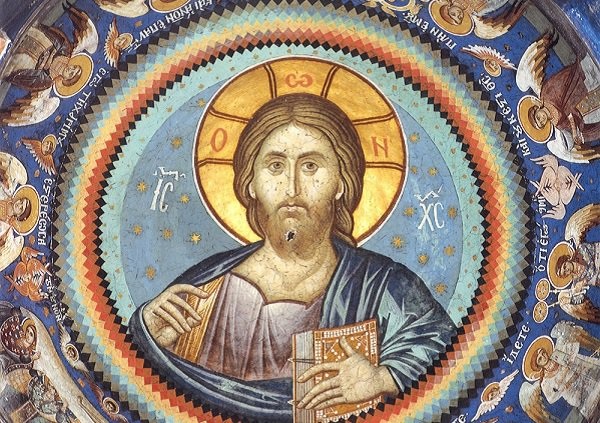 Bio-technology, and bio-medicine in particular, have opened new perspectives with beneficial consequences for our health and life. This, in fact, explains the great interest taken in them today. But at the same time they’ve caused grave doubts regarding the propriety and legitimacy of research into certain fields. The way human embryos are treated, the experiments which are carried out on them, the attempts to create special categories of people and other related efforts are an indiscriminate intrusion into the human person and our life. What is at risk here is not certain interests, nor even human life itself, but our specificity and, in the end, our identity.

There is no reason for Orthodox theology to examine or assess scientific research in itself. But it ought to do so as regards the subject which that research is investigating and the aim it is pursuing. As long as scientific research serves us and our life, it is natural that we should welcome and praise it. But research does not have volition or conscience. And its service to us does not depend on it, but on the goals it sets itself and the intentions of the researchers. The other serious problem which arises here is that researchers are not, by and large, particular people acting autonomously and in all good conscience, but various impersonal organizations with their own aims and goals, which are almost always based on profit or influence.

But beyond that, we know that scientific research does not seek the truth per se. It is not interested in the truth that transcends evanescence and bodily sensations. The criterion for truth on the scientific plane is its applicability and resistance to repudiation[12]. This means that every scientific truth is relative and is recognized as truth only until it can be disproved or supplemented. Science progresses by always using some truth that it formulates. And scientific research looks into the discovery and utilization of this truth.

But useful and conventional truth should not at all be confused with theological truth. Theological truth is absolute and does not even derive from the plane of the created, which is qualified, but from the uncreated which is absolute. To use Aristotelian terms, we might say that theology is concerned with the invariable, whereas science deals with the variable [13].

According to Orthodox theology, truth is not revealed by people, but is offered directly by God. People don’t create the truth; they welcome it, live it by observing God’s commandments, which are ‘eternal life’ [14]. So we are enlisted into the work of God and become co-workers with Him in repairing and perfecting it. The truth, which, in the end, is identical to God, is not offered as empirical knowledge, but as a personal relationship. The mistake which has been compounded in the consciousness of Modern and Post-Modern humanity through the absolute value attributed to science is that scientific truth has become the reference for absolute truth which means that we are now indifferent to or completely disdainful of ontological or any supernatural truth.

Scientific research, with the methodological objectivity which is compulsory and a sine qua non for it, easily leads us to disregard the precedence of the person and the value of the person. It easily reduces us to things and alienates us from our inner world, from ‘the person hidden in the heart’ [15]. And when we succumb to this temptation it is not possible to think and act properly, either regarding oneself or others. We become spiritually moribund and emit the stench of death to our surroundings. We have tangible evidence of this phenomenon today not only in the state of society, but also in the natural environment. The pollution and destruction which have occurred in the natural environment reflect the pollution and destruction which preceded, in the human mind.

The extension of the methodology of the natural sciences into the whole fabric of all others, not excepting even the social sciences, has opened up a slippery path for science and scientific research. This methodology, though not in itself bad since it serves our needs, marginalizes the really important issues of life, such as love, pain and death. All of these are functions beyond objectivity, because they have to do with people as persons and their relationships with other people and the world. If you put them in the Procrustean bed of objective methodology, it is obvious that they will be amputated.