Theological and Scientific Theories of Knowledge

Orthodox Christian theology has always distinguished between two kinds of knowledge: the secular and the divine. Secular knowledge functions on the level of created matter and is unable to approach the uncreated, that is the divine, which reveals God’s purpose for the world.

Secular science is empirical in nature. It objectivizes the world and always and everywhere seeks objectivity. While it depends on the individual and makes its leaps through personal inspiration, it avoids subjectivity. As knowledge about changeable and relative things, scientific knowledge is changeable and relative. And as an attempt to understand the finite world, with its infinitude of dimensions and phenomena, it is always both finite and never-ending.

Divine knowledge is of a personal nature. It doesn’t function on the level of objectification and never becomes objective. It does, of course, lead to objectifications, but this is not its essence. Divine knowledge is the fruit of actual communion, the communion of love. This, too, has an empirical character, though its experience doesn’t function on the level of corporeal feelings, but on spiritual ones and on spiritual communion. As communion with God, Who is infinite and transcendent, this knowledge is infinite and transcendent. And it has these features, not because of uncertainty or relativity, but because of weight and infinitude. 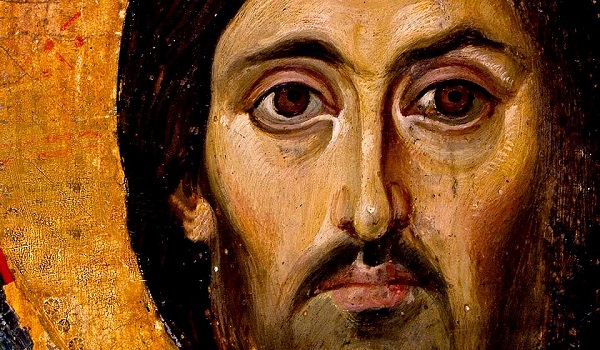 The apophatic or negative approach of Orthodox theology is often stressed. And this emphasis is useful, particularly in academic theology. But this must not be allowed to overshadow its cataphatic or positive character, which is inherent in its empirical nature. The living God is revealed to us directly and personally. Of course, this revelation isn’t a manifestation of His essence, but of His energies. But the energy or grace of God is still God Himself. As Saint Gregory Palamas points out succinctly, although the energy of the grace of God differs from His essence, it is not severed from it, ‘rather it upholds those who have been granted association with the Holy Spirit’ [1].

Scientific knowledge is verified through experiments. But divine knowledge is also available as experience. With divine knowledge, however, there’s no possibility of forcing an experiment, because such knowledge is acquired freely, on the level of personal communion. Communion on this level coerces neither God nor people, but is a charismatic event granted by God to those who freely offer themselves. This self-offering to God on our part is achieved through the observation of His commandments. These engage our volitional energy with divine energy and make knowledge of God possible.

Divine knowledge, then, is verified by people on a personal level when they conform to the divine will, that is to divine energy. Besides, each of us is called to participate in this experiment by Christ himself: ‘If you want to do his will, you will know whether the teaching is from God or whether I am speaking on my own authority’ [2]. There is also encouragement from Scripture to undertake this: ‘Taste and see that the Lord is good’ [3], or ‘take my yoke upon you… and you will find rest in your souls’ [4].

There can be no conflict between secular or scientific knowledge and divine knowledge, because each functions on its own level and has its own character. Both these kinds of knowledge are good and useful for us. Despite that, they’re not of equal value, nor are they equally necessary. People who restrict their interest to the level of worldly matters prioritize or even make an absolute value out of scientific knowledge, deprive themselves of the knowledge which leads to the freedom of the Spirit [5]. Meanwhile, those who restrict their interest to the transcendental, ignore the relative value of earthly knowledge, which facilitates the servicing of basic human needs.

Scientific knowledge serves our everyday needs, it facilitates horizontal communication and helps with the development of our civilization. Divine knowledge opens up to us the transcendental horizon, cultivates vertical communication, gives meaning to life and inspires our works and culture. It’s impossible to imagine the whole of Byzantine, Medieval or even Modern European Civilization in the absence of Christianity. Besides, contemporary scientific research has its origins in the monasteries of the West where monks who combined divine and human knowledge investigated the secrets and laws of nature with religious interest.

The conjunction and, even more, the equation of the two levels of knowledge, which was promoted during the Middle Ages with the encouragement of scientific research within the embrace of Western monasticism, was bereft of theology and often harmful. With the intervention of ecclesiastical authority, this later led to a conflict between theology and science, which, in turn, produced tragic consequences. These tensions, however, which were virtually unknown in the East, have largely been appeased in our own day and age.

Although theology has a positive attitude to secular knowledge and science, it continues to point out the relativity and impermanence which mark it. Secular knowledge is useful, though not always necessary in terms of recognizing or fulfilling our aims as people [6]. Above and beyond it lies the truth which leads to knowledge of God and salvation. And this truth is not to be found in objects, nor is it objective. It is the truth of life and communion, love and peace, beauty and freedom. It’s truth which befits the human person, a personal truth. It’s Christ’s truth, or to be more precise, it’s the truth which is Christ Himself: ‘Who is, was and will come [7].