Hypocrisy: the Outer Shell of Death

How beautifully our peoples in the Balkans decorate eggs. As beautiful as possible, so as to decorate Easter, to increase the joy of Easter. To make visitors happier. Sometimes these painted eggs really are works of art. But if these eggs are kept too long, at some stage they’ll go rotten on the inside and give off an unbearable stench. Either that or they’ll dry out completely.

That’s when the colored shell retains death within it.

The picture of the hypocrites painted by Christ is even more horrific: ‘whitened sepulchers, which indeed appear outwardly beautiful, but within are full of dead men’s bones, and of all uncleanness’ (Matth. 23, 27).

‘Take heed that you do not give your alms in front of others, to be seen by them: otherwise you have no reward from your Father who is in heaven’ (Matth. 6, 1). 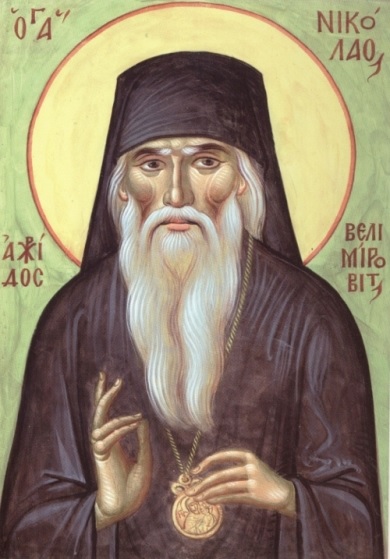 The righteousness which is pleasing to God, as revealed by Jesus on the Mount of the Beatitudes, is as follows: mercy, prayer, trust and faith in God as the One Lord; absence of concern for the morrow; the quest for the Kingdom of Heaven before all else; and the existence of a faith that will receive from God whatever it wants, will find what it seeks and will open closed doors. Moreover, we are not to judge harshly; not to measure with false criteria in case we suffer the same fate; not to notice the speck in the eye of another person while hypocritically ignoring the beam in our own; to do unto others as we would have them do unto us; not to fear the narrow but clean and holy path that leads to life; avoidance of the broad, easy and comfortable path that leads to death; surrender of good fruits to the Husbandman Who planted you like a good tree; no pride in your own great deeds, but the execution of everything in accordance with the will of our Father Who is in heaven; observance in practice of all Christ’s commands and, through this, the erection of your abode in eternity, as is the case with a wise person who builds on rock, not sand, so that storms, winds, and rains can do no damage (Matth. 7, 24-25).

The Pharisees, Scribes and hypocrites did every single thing in a way contrary to the words and wisdom of God. When they gave alms, they did so in central places and streets, not for the glory of God but to be seen by other people.

When they prayed to God they did so on public thoroughfares, again to be seen by people.
When they fasted, they made their faces ugly, uncared for and pale, again so that people would see them. Alas! They did everything to be seen by other people, to be recognized, as, supposedly, prayerful alms-givers and great fasters.

They did all this, as do others today, for two reasons: to acquire praise and money from other people. As for God, they don’t take Him into account at all. It’s as if He didn’t exist. In reality, hypocrites are the most atheistic of people. They deceive other people, take whatever they want and this is their final reward. They can’t expect anything from God, because they haven’t indebted Him to them through any action, but have merely drawn His wrath down upon them.

Of these, the Lord said: ‘This people approaches me and honors me in their mouth and on their lips; but their heart is far away from me’. (Is. 29, 13).

Since they didn’t observe the will of God the Father, they observed that of the father of lies. The father of all lies, the devil, taught them that it’s normal, natural and reasonable to be like this, and that others before them lived in this manner and had a wonderful time, gaining glory and wealth from other people. This is the catastrophic way of the world, but they don’t abandon it. Wretched as they are, they don’t realize how far Satan has deceived them with such lies and the extent to which he has polluted and desiccated their hearts, so that even God’s angels turn their faces from the stench of their souls.

The whole of their carefully cultivated, external appearance is no more than the decorated shell of death, a whitened sepulcher. When what we call death finds them, woe to them! What will come upon them then will be the confirmation and seal of their long-defunct soul.

Christ teaches us not to be like the hypocrites. He tells us that when we give alms, our left hand shouldn’t know what our right is doing (Matth. 6, 3).

‘When you fast, anoint your head, and wash your face, that you do not appear to others to fast, but to thy Father who is in secret; and your Father, who sees in secret, shall reward you openly’ (Matth. 6, 17-18). ‘For there is nothing hidden, except to be disclosed; nor is anything secret, except to come to light’ (Mark 4, 22).

God will reveal great secrets when we least expect it. The Prophets and the Righteous knew this, but the Scribes and Pharisees didn’t and still don’t to this day…

From the beginning, Jesus Christ, the incarnate Word of God, declared two wars: one against Satan and the other against hypocrisy. People loved and honored Him as the Savior, with enormous, God-fearing respect: ‘for he taught them as one having authority, and not as the scribes’ (Matth. 7, 29).