How the Saints Write

a) These days, there are many theologians, clergymen and lay people who compose and publish texts. Some, however, who aren’t aware of the gravity of what they’re writing, follow the secular practice of competitive journalism. With smugness and pride, they count the number of hits their sites have received, turning theological discourse into commercial news. Not infrequently, they debase the divine word.

b) Acrimony, hostility, insinuation, ill will, abuse of those who disagree, unfounded allegations and generalities are used without let or hindrance, and these people often ‘bite and devour one another’ (Gal. 5, 15). And we never fear that, perhaps, as we’re tearing our flesh and expending our theological powers, we may be outside the Patristic tradition which we invoke and in the name of which we claim to be writing. 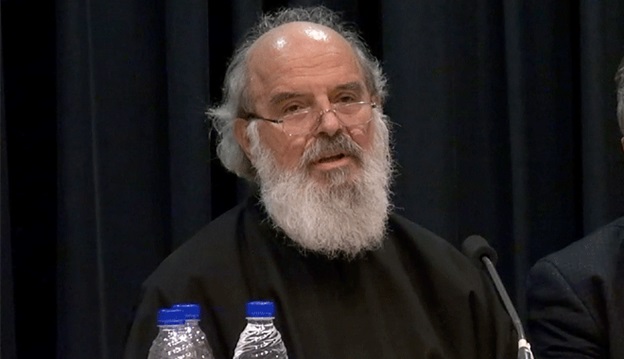 c) In the Patristic, Church tradition, the question of the requirements for the composition of theological texts is often raised. Summarizing centuries-old tradition, Saint Gregory the Sinaite (1255-1347) says there are three ways to construct a theological work which are unimpeachable and beyond reproach: ‘Firstly, for one’s own recollection; secondly, for the benefit of others; and thirdly that the author is writing out of obedience. And in this way, most of the texts were written, for those humbly seeking the word’.

d) In other words, the first unimpeachable way of writing, is the cultivation of the memory of the writers themselves. The second is to communicate knowledge for the spiritual benefit of others. And the third unimpeachable way of writing is through obedience to those who, in humility and discernment, are seeking to learn the truth about things. There also other reasons for writing, but, according to Saint Gregory, these are to be rejected. Those who write theological texts in order to please, for their own glory, or to show off have already had their reward and will gain no further benefit either here or in the next life. They’ll be condemned as grovelers and charlatans for having debased the divine word.

e) The matter of a hostile approach to the sacred texts is also posed by the holy Niptic Fathers. Nikitas Stithatos declares that it is perilous for people to investigate divine truths in a secular and material spirit, following their own way of thinking. In the grip of envy, jealousy, contention and discord they mock and scorn those who approach divine and human things spiritually, with the ‘mind of Christ’. Something similar occurs when they contort, deploy or arbitrarily squeeze hagiographical and Patristic passages into their own framework of understanding, in order to support the views of some author or other.

f) All the above is linked to the composition of the Ladder by Saint John the Sinaite, whom the Church honors on the 4th Sunday in Lent and March 30. If you read the letter from the Abbot of Raïtho to Saint John, it’s clear that the Ladder is ‘the offshoot of obedience’. ‘The Abbot writes: ‘As you are truly a great teacher, we entreat you not to refuse to explain willingly and sincerely what things are proper to the monastic life, for the salvation of those who have chosen the angelic state’.

g) John answered the Abbot humbly: ‘I dare to undertake the writing of this book because otherwise there is a danger that I will be casting off from me the yoke of blessed obedience… not for your guidance. In any case it is you who strengthens me in divine matters and teachings. I am sending it for the brotherhood… if anyone should find something of benefit in it, let him attribute it to our good abbot… And let no-one dwell on what is written, since it is of no consequence and full of all kinds of ignorance and inexperience. Let them rather accept the intention of the person offering it, as they would the widow’s mite’. The words of the author of the Ladder and of the other Niptic Fathers are a mirror for all those who compose theological texts, in every era.

h) Nowadays especially, in the difficult conditions under which society and the world at large find themselves because of the pandemic, there’s no room for grandiloquence and unhelpful competition on the Internet. If we humble ourselves before Our Lord, the Righteous Judge, and if we burnish our souls with the prayer of the heart and love for others, with deep and whole-hearted repentance, we’ll attract the grace of the Holy Spirit. Then perhaps we’ll begin to suspect that we should be inspired by the Spirit of God rather than that of the world.