‘And after beating them harshly, they put them in prison’

‘And after beating them harshly, they put them in prison and told the jailer to guard them well’.

From the outset, Christianity has been associated with mistrust. It’s not just that belief in Christ engenders a way of life which is not pleasing to the world, since the main facets of this life are the rejection of the authority of the ego, and the adoption of asceticism, particularly that love which doesn’t react in the usual way of self-interest, vengeance and concern for enrichment. Instead it offers and is offered, while its faith in eternity and the resurrection, that is fearlessness in the face of death, is a cause of bewilderment. How is it that, in an atmosphere in which death is the greatest enemy, because it’s the great unknown, people enter who are indifferent towards it, invoking their trust in a God Who triumphed over death, Who awaits everyone in a community of love and light, a community in which social, class and other attributes are of no significance? Where the only thing that matters is love? Isn’t such freedom from the ethos of the world somewhat unsettling? This is why even in the historical periods most favorable to the position of Christians, people have always been mistrustful of it. 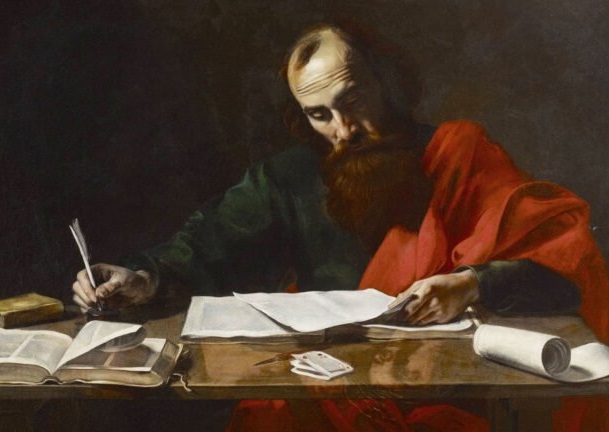 At the end of this period of the Resurrection, our Church recalls the journey of Saint Paul, who, together with his companion, the Apostle Silas, travelled to Philippi (modern-day Kavala) in Macedonia. They’d already taught and, moreover, had removed a young girl from her minders. She had been possessed by a demon of divination and she brought in a great deal of money as a fortune-teller, a medium of the day. Their interests were affected by the truth and the power of God, which aimed not to force people to believe but to see the truth beyond self-interest, exploitation and death. The owners answer was to reject the obvious miracle and to have the apostles handed over to the authorities on the charges that they were Jews and had come to bring new practices into the Roman jurisdiction. As a result, the apostles were harshly beaten and dispatched to prison, to be tried and, in all probability, destined to become martyrs. As they would have been, had not an angel of the Lord freed them from the jail, thus demonstrating the power of God.

‘And after beating them harshly’*. Christ’s words that, if He was persecuted, the same would be true for those who followed Him, applied to the apostles and also to every Christian, even in our own day. It may be that some of us, even those in official positions, claim that the Church isn’t under any persecution. For the sake of peace and quiet, or to avoid discord and to preserve superficial unity and thus ignore that fact that Christ didn’t come to bring peace, but a sword to the secular outlook, to force them to accept that Christians are suffering blows in our own times. The greatest blow is the denial of Christ’s Resurrection, that is the denial of His true nature, which is both human and divine.

Everything starts from there. If we believe in a human person, however great he or she is, anything they bequeath to us is worldly, earthly, symbolic. In which case, why shouldn’t we doubt Holy Communion? If we believe in a human person, we can transform that belief into a religion, which would be useful as a metaphysical vision or social relief for those who are suffering and in want, but irrelevant to salvation and eternal life. You can easily exchange one idea for another, which may be more attractive, since everything’s a matter of numbers, of adherents. If we believe in a human person, there’s no need for asceticism or restraint, or sober-mindedness. No need for the mean, not as a philosophical concept, but as submission to commandments and at the same time as purification of the heart so that we can welcome into it Him Whom we love, Who was is and will be.

‘And after beating them harshly’. In every era when people don’t believe in the Resurrection of Christ, when they don’t accept Him as both human and divine, they deny the miracle. They see with their very own eyes the power Christ gives to His saints. The wisdom. The love. The endurance. The sacrifice, either of blood or of the conscience, for His sake. And although they look, they don’t see. Although they hear, they don’t listen. Blinded by their ego, however this is expressed, they don’t even have the well-intentioned disposition to show respect for what they can’t explain logically. Instead, they scathingly disregard, in a hostile and occasionally wicked manner, the pain of those who love, who pray, who wish to come to knowledge of the truth and to be saved. You just have to look at the images from the lives of the saints in every era. The martyrs pray for their persecutors and the latter look upon the martyrdom unmoved and unrepentant. This may, in fact, be the greatest wound for Christians. People rejecting love, either by distorting its essence, or conspicuously by-passing it, or considering it too dangerous.

‘And after beating them harshly’. The rejection of the direction of the Church, identification of it with interest groups and with its leadership, fear of being judged to be in sin because of God’s word, fear of being chastised by the conscience, all these things make people reject the Church as the Body of Christ, as a communion of people who want to share in the Body and Blood of Christ, to have a common purpose, to listen to the Gospel, to be patient, and who wish to persevere, to repent over their mistakes. In the world, the priority is the self and a few people who are near and dear. The Church is a community of people who, in the name of love, relinquish their ego to an ‘Us’ of sanctity and resurrection, trust in God and not in people, while, at the same time, preserving a centuries-old culture that would not have existed without Christ. The Church gives identity to people. If you introduce and countenance other identities, there’s no need for an official declaration of persecution. You build a new structure, you assimilate the new into the old, you make the new attractive, because it caters to desires, to pleasure, to the formation of a majority, to the lack of faith. In other words, you deprive people of the consolation of the Resurrection and leave the house of God deserted.

Mistrust of the faith has been there since the beginning. Belief in the Resurrection, and the sense that the Church will never cease to constitute a new creation, one of love, hope and transcendence of all pettiness is the reason it will continue to inspire us and bring us to Christ. A sign of this new creation is our participation in the Holy Eucharist. In the sacrament of sacraments, the miracle of miracles, which becomes Christ, Who is all things to all people. In an encounter between persons. In prayer and hymn-singing, as happened in the jail in Philippi. And the fetters will fall off, the wounds will heal and the liberation and love of the Resurrection will be shared.

* Literally ‘and having inflicted wounds’. It appears to have been an idiomatic expression meaning to ‘beat’. It is used also of the victim in the parable of the Good Samaritan (Luke 10, 30).