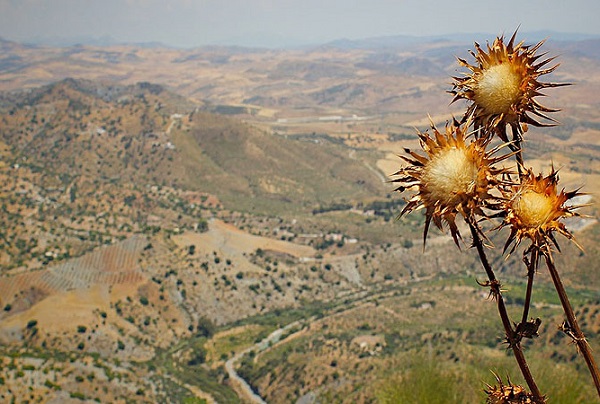 You see then, brethren, the power of humility. You see the force of saying ‘Forgive me’. Why is the devil called not only the enemy but also the hinderer? He’s called the enemy because he hates people, hates good and wants to do evil. He’s called the hinderer because he tries to impede us in everything. If people want to pray, he impedes them with wicked thoughts, constraint [of the mind] and sloth; if they wish to give alms, he impedes them with avarice and miserliness; if they want to keep vigil, he impedes them through idleness and lethargy. And so he opposes us in every good thing we wish to undertake. This is why he’s called not only the enemy, but also the hinderer. But through humility all the things of the enemy and hinderer are destroyed.

Humility is a great virtue and each of the saints walked with it and shortened their journey through it. As it says: ‘Look upon my humility and labor and forgive all my sins’ (Ps. 24, 28). We can enter [the kingdom of heaven] with humility alone, as Elder Abbas Ioannis [Saint John of the Ladder] says, though at a slower pace. [2] So let us be humble a little and we’ll be saved. Even if we can’t labor, through illness, let us make sure we’re humble. And I believe in God’s mercy, that through that little which has happened by humility, we’ll find ourselves in that place where there are those saints who labored extremely hard and served God. Yes, we’re sick and can’t labor, but can’t we be humble?

Blessed are those, brethren, who have humility, because it’s a great virtue. As one saint felicitously wrote about those who have humility: ‘Humility neither enrages oneself nor enrages others’. Now this may seem a strange thing. Because humility is opposed only to vainglory and protects us only from this. People become angry over food or money. So why does he say that humility makes neither us nor others angry? As we’ve said, humility is a great virtue and has the power to attract the Grace of God to the soul. So when the Grace of God itself comes, it casts its protection over the soul as regards these other two grievous sins. For what’s worse than getting angry or making others angry. As Evagrios says: ‘To become angry is not appropriate for a monk’ [3]. And, indeed, unless such a monk is quickly protected by humility, he will soon end up in the condition of a demon, disturbing both himself and others. So this is why he says: ‘Humility neither enrages oneself nor enrages others’.

And why do I say that humility protects the soul from these two passions? Humility protects the soul against every passion, every temptation. When Saint Anthony saw all the snares of the devil spread out he was worried and asked God: ‘Who can avoid these?’ And God replied: ‘Humility avoids them’. And what other wonderful thing did He add? ‘They don’t even touch it’. Do you see the power, brethren, the grace of virtue. Indeed, nothing is more powerful than humility, nothing overcomes it. Even if something sad happens to humble people, they immediately take themselves to task, they immediately blame themselves for not being worthy. They won’t countenance blaming somebody else, the won’t countenance casting aspersions at others. In this way, they overcome it without becoming upset, without becoming sad and so are able to feel at perfect ease. This is why they don’t become enraged nor do they enrage others. So the saint was quite right when he said that: ‘Above all we need humility’.