The Fisherman of Gennesaret: a Historical Approach

The two brothers, Simon and Andreas, plied the trade of fishermen (Mk. 1, 16) and came from Bethsaida (Jn. 1, 44), as did another of Christ’s disciples, Philip (Jn. 12, 21) At the time of the calling of the first disciples, Mark tells us that there were two other brothers, James and John, the sons of Zebedee who were called by Christ to follow Him (Mk. 1, 19-20). Both Mark and Matthew place the calling of the two disciples in Capernaum not in Bethsaida, the home town of the disciples and one which played an important role in Christ’s public ministry.

Capernaum and Bethsaida belonged to different tetrarchies: Capernaum was in that of Antipas and Bethsaida in that of Philip. The towns had close relations with each other because of the significant Jewish presence. This is supported by archaeological finds in Capernaum and the existence of a synagogue which, according to Luke was built as a benefaction to the Jewish people by a centurion (7, 5). There are also finds at et-Tell, where archaeologists believe the site of ancient Bethsaida to be located. 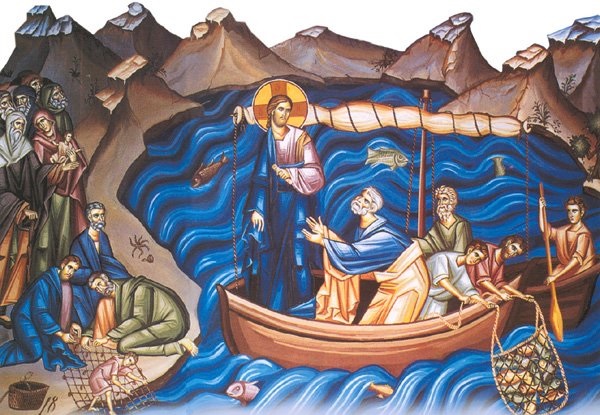 These towns were two of the many on the coast of Lake Gennesaret [or Sea of Galilee] [1] or nearby. The Evangelists and Josephus make frequent references to the lake and the surrounding area. Thus, on the one hand, we see disciples working on it and Christ using it for travel arrangements; and, on the other, Josephus, in his works Antiquities and The Jewish War,  informs us of the battles which took place around the lake at the time of the Jewish revolt.

The land and population of Judea evinced certain interesting and specific characteristics in the era of the New Testament. Only the region of Judea had a purely Jewish population, whereas in Galilee there was a diversity of races. This can be confirmed because of the contiguity of Galilee with Syria and also because a large number of Greeks had settled in the region from as early as the time of Alexander the Great. Finally, Samaria had a large number of Assyrians who came to the region as a result of their conquests.

The River Jordan runs through Judea and divides the land in two. This river is formed from three smaller ones which have their sources in the foothills of Mount Hermon in the Syrian region of Anti-Lebanon. The river runs through the country from north to south and debouches into the Dead Sea. It also forms two lakes: the first being Lake Merom and the second, the larger, Lake of Gennesaret.

The Lake of Gennesaret is 21 kilometers long and 12 wide. Geologists claim that  it was formed when a much larger lake receded, having once covered the whole area of the course of the River Jordan. It can be dated to pre-historic times, around 20,000-17,000 B.C. With the passage of the centuries and as the lake diminished in size, the Jordan valley was formed, as were the river and the Lake of Gennesaret.

It was on the banks of the lake and specifically in the town of Capernaum that the disciples were called. In his narrative, Mark is rather brief and doesn’t provide us with much by way of information on which to draw, regarding the occupation of Peter and his brother, apart from mentioning the nets and boat they owned (1, 16-20). In any case, Mark’s interest was centered on the calling of the disciples rather than details about fishing or the situation prevailing in the harbor.

Regarding this particular narrative, Mendel Nun [2] analyzes just how important the nets were for fishing in the lake. He tells us that the fishermen had three kinds of nets for catching. The first was the ‘sagini’, [trawl] which is the one mentioned at Matthew 13, 47-48: ‘Again, the kingdom of heaven is like a net that was thrown into the sea and caught fish of every kind; when it was full, they drew it ashore, sat down, and put the good into baskets but threw out the bad’ [3]. The image Christ gives us describes the process in detail: the trawl was spread out in the sea, creating an impassable wall; it was then dragged behind the boat, with any fish that had been caught; finally, back on land, the fish were sorted into edible and those unfit to eat.

[2] The Sea of Galilee and its Fishermen in the New Testament. Nun (1918-2010) lived on the Lake Gennesaret as a fisherman and became the recognized expert on its history and fishing trade. There are some photographs of the lake (including one of an Orthodox Church!) at https://www.youtube.com/watch?v=-_ni_RWZAcg  but I would recommend turning the music off. [WJL].

[3] It is also the one mentioned in the Dismissal Hymn for Pentecost ‘… and through them you drew the world into your net’ [saginefsas] [WJL].