The bridging of the gap [between us and God], which began with the incarnation of the Word of God and culminated with His crucifixion, is experienced through crucifixion in the Church. The double commandment of love for God and one’s neighbor includes our enemies; it is a commandment of complete self-denial and crucifixion. Through our self-denial and crucifixion with Christ, we, who were separated from God and trapped in our individualism, are re-connected with Him and with other people in a God/human communion, the ‘communion of deification’, ‘in the image’ of the Triune God. The completion of this communion, which is implemented through the participation of the faithful in Christ’s resurrection and ascension, is of an eschatological nature. In other words, it is partially experienced within historical time, but is expected in its fulness in the future age. 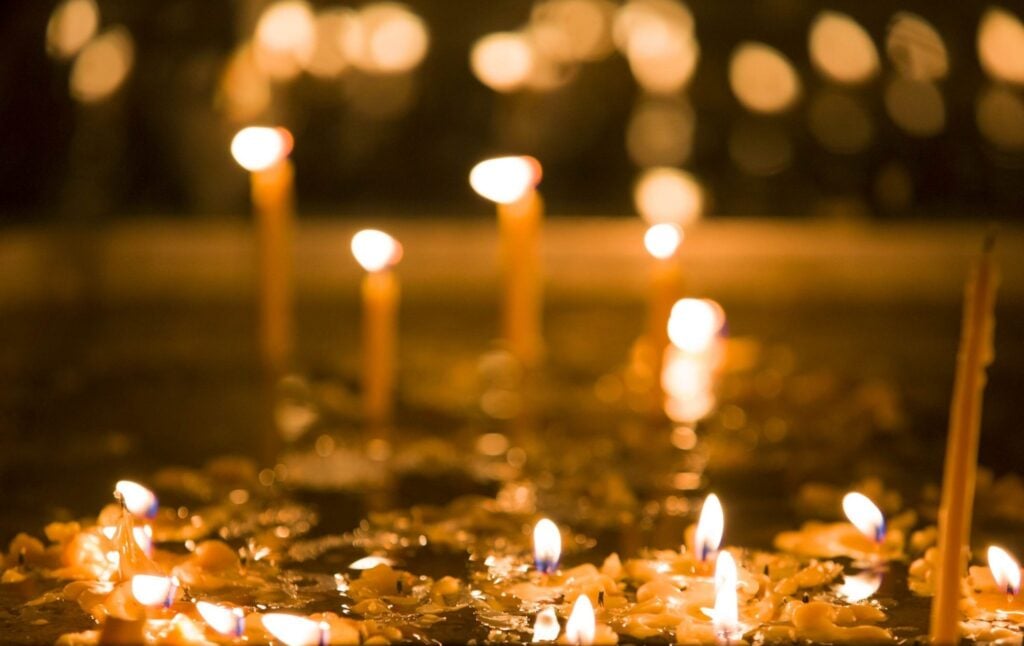 Just as the three divine Persons constitute a single, consubstantial Divinity of three hypostases, so the many human persons are called upon to form, in the body of Christ, a single humanity of many hypostases, acting with one mind, the source being the energy of the Holy Spirit. And just as each person or hypostasis of the Triune God contains the whole of the divine essence, so every human person is called upon to include the whole of humankind, in Christ, through the charismatic energy of the Holy Spirit. This inclusion is essentially dictated by human nature itself, which cannot exist or be completed in isolated, individual hypostases, but only through a community of persons. This is the foundation of Christian globalism, which differs radically from that which is impersonal and secular. Hence, Christian globalism is ecclesiological in nature.

Prioritizing the value of the person frees the moral life from the political and also from any and every social commitment, while at the same time lending to the former a boundless prospect: it opens up the moral life to the prospect of glorification. And the members of the Church, as members of the ‘communion of deification’ have their ‘polity in the heavens’ (Phil. 3, 20). Glorification is not sought on an individual basis, nor is it achieved through human powers, but it is conferred ‘from above’ as an uncreated gift of the Holy Spirit, commensurate with the love, receptiveness and purity of each person.

It is clear that, in Christianity, real moral and social values are understood as having ontological and eschatological content. On the one hand, they’re linked directly to God and are brought into play in our everyday lives; while on the other they have an eschatological prospect, with the support of and reference to the risen and ascended God/Man, with all the consequences this involves for us as human beings. The truth about us and our life is illumined by the last times. And, being eternal, the last times are not pushed into the future but are also experienced in the present. This permeates historical reality in a creative, and simultaneously ‘curious’, manner.

The truth of Christianity cannot really be approached through theoretical syllogisms, but is known empirically and experienced in the common life and in ascetic withdrawal. It is the truth of the Spirit, which is assumed through divestment of the self, with the all-inclusive virtue of humility and with unselfish love. Many of those who, with self-denial in this superhuman struggle, stripped themselves in this manner, experienced this fulness in the Church, not only in the past but also in our own times. In more general terms, however, despite the noble efforts which have been made within the context of the Christian world, Christianity has not so far become accepted as it should be by the great mass of people, as Saint Sophrony [of the Monastery of Saint John the Baptist, Essex] puts it. He goes on to say that what we call the ‘Christian world’ has never lived in an authentically Christian way, but that, in the modern crisis of Christianity among the popular masses, we should not overlook the ‘revolt’ of the natural conscience against those perversions to which the Gospel teaching has been subjected over the course of its historical application.

People who are fragmented by sin and the passions cannot receive the truth of Christianity in its fulness. They understand it in part and selectively. Christian truth in its totality terrifies them, which is why they break it up or fight against it. At the same time, however, authentic Christian truth, and the way the natural, unimpaired human soul responds to it (the soul being by nature Christian – ‘anima naturaliter christiana’ [Tertullian]), draws people in and is part of the dialectic of their historical progress. Thus, the ‘revolt’ to what we referred above is not unrelated to the enhanced sensitivity which Christianity has inculcated in the human consciousness over the centuries.