The concept of value is often used in a moral, social, economic, aesthetic and religious context. Value is a quality or idea which is cultivated and experienced on a personal and social level. It is something which interests, attracts and influences people as regards their individual needs, interpersonal relations and everyday life. In the social sciences, particularly in sociology, which wishes to function as a non-evaluative science, values are treated as ‘empirical variables’ of social life. Their validity here depends not on their truth or rectitude but on their reception as true and correct on the part of the people who accept them. The notion of value is often used in theology, as well, though here a particular conundrum arises, which we will analyze later.

The sum total of values or the value system of any society creates a kind of transcendental reference in relation to the individual or the social whole. It forms a vertical, notional scale which transcends the individual and collective ego. The formation of this scale is dictated by the innate tendency among people to allude to and seek support from the transcendental. Besides, in the Christian view of humankind, our creation in the image and likeness of God has this allusion to the transcendental as a fundamental feature, though here this allusion is not limited to secular boundaries, but has a supernatural dimension and perspective. 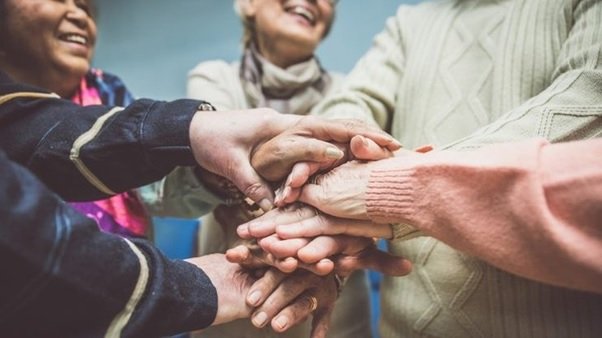 The value system and the individual values within it guarantee stability in social structures and in our everyday relationships, while at the same time, restricting self-interest, to a certain extent. The moral, social and civic behavior of an individual or the collective, which are expressed on a horizontal plane, are affected and colored, consciously or otherwise, by their relationship to the values of the vertical scale, while, at the same time, they contribute to the formation of them. Hence, the quality of the values and of the value system is interwoven with people’s moral, social, civic and religious life and behavior.

The values of any society start from the ‘being’ of that society and proceed towards some ‘well-being’. The ‘being’ and ‘well-being’ are considered sometimes from an individual and sometimes from a collective standpoint. When the individual is taken as the foremost value then the center of attention is focused on the person. When society as a whole is seen as the prime value then interest is directed towards it. In the first case, the quality of society goes back to the individual behavior of its members and the center of gravity is associated with the cultivation of individual virtues. In the second instance, the quality of society depends on its formation and activization, and pride of place is given to collective virtues, institutions and the social and civic system. In both cases, the value system is structured on a utilitarian basis: the individual or collective ego of society is protected, supporting individual and collective self-interest, though also reining it in.

Let us take the example of classical Greek antiquity. According to Aristotle, people are ‘civic animals’*. This means that they submit to the city: ‘the city has, by nature, priority over the household and over each of us individually’. By the same token, the person exists for the city, which acts as a unifying factor for its citizens, morals are subject to the needs of the city and moral values come second to those of the city. There is no autonomy in morals. Here any individual approach to morality is a disruptive act. Individuals and their ways of behavior are allowed by the collective only through some process of isolation. Autonomy is a characteristic only of God and the wild beasts. Members of society pay with isolation for individual morality.

In ancient Greece, the city held the third dimension, the vertical, as regards the structuring of civic, social and moral life. This means that the whole of people’s lives was directly linked to civic life and subject to it. Ethics and Civics, to which Aristotle devoted two works of those names, together make up a unified ‘philosophy concerning human affairs’, which contains the dimension of the vertical perspective. This perspective is built up from below. It is a civic, philosophical and religious invention by people and has a metaphysical, though not supernatural, character. In this way, the value system also remains closed and secular-centered, though it does assume metaphysical extensions. Everything is founded upon the human person. This is also true of religious transcendence, which, by its nature, has a created provenance.

As created beings, people are unable to penetrate the uncreated. They recognize created values which are useful for their personal life and for social cohabitation. These values are usually self-determining and function within society as values in themselves or as minor divinities. To some extent they satisfy the deeper human desire for the absolute and the eternal, but in reality are a distraction because they trap people and bind them to that which is transitory and created. Something similar has been noted [by Saint Justin Popović] about modern, secular Europe, in the sense that it ‘does not suffer from atheism, but polytheism; it does not suffer from the lack of gods but from an excessive number of them. Having lost the true God, it wants to satisfy its hunger by the creation of many false gods, of idols’.

*Sometimes translated as ‘Man is a political animal’. The Greek word ‘polis’ does, indeed, mean ‘city’, but also ‘independent polity’. There would have been an area around the city containing villages, but not another city. If a city founded a colony, that colony would itself, automatically, be independent [WJL].