Who is a ‘Good Christian?’

The view of many people regarding ‘good Christians’ conflicts with that of the Gospel and Holy Fathers and Mothers, that is, the Church. If ‘good Christians’ are those who apply the Ten Commandments or, at least, some moral list of what to do and what to avoid, it’s clear that the Church has a different opinion. 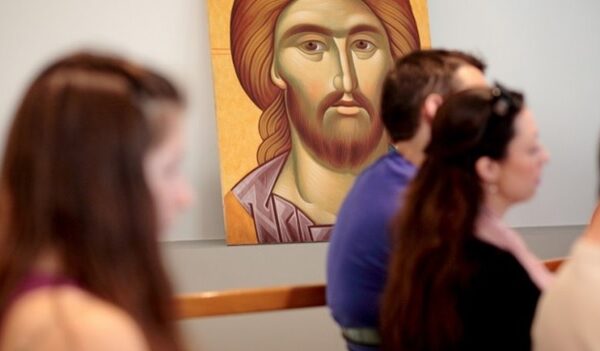 Christians are in the world not for themselves, but for other people. By the whole of their life they’re called upon ‘to make Christ known to the world and to bring the world to Christ’ (Saint Cyril of Jerusalem). In his analysis of this subject, Saint John Chrysostom says that ‘there is nobody more heartless than a Christian who doesn’t save others’, in other words ‘who isn’t interested in others’. This interest is shown by giving our neighbors what they need rather than what we think they ought to have. As Chrysostom goes on to say: ‘Everyone can benefit their neighbors by providing them with what they need’. He concludes with the observation that the foolish virgins in the Gospel parable were decorous, pure and sensible, but of no use to anybody. Like the man who didn’t fornicate, didn’t break his vows and committed no other sin, but was rejected by Christ because he hadn’t proved useful to others, he hadn’t supported his neighbors.

If the first great commandment of love for God and, by extension for one’s neighbors, is the basis of all the other commandments of Christ’s, we can readily understand why we can’t be Christians without them. Of course, the all-important thing is that we should walk in the way of the Lord, should know the reason for our existence. In other words, ‘a heart burning for the whole of creation’ (Saint Isaac the Syrian) isn’t an action, which we can say we perform or not. On the contrary, it is vital for us to realize that ‘good Christians’ aren’t those people who are moral, who are faithful observers of the Law of God or those who are pious, but those who wish and strive to be useful to people, as Christ was.

This shouldn’t be taken as disregard for the practice of fasting and self-restraint. Nor as disregard for the sacraments, prayer and study. Because without them, we can love as much as we’re able, but not in the way Christ does. By the grace of the Holy Spirit, Christ makes Christians embrace every other person, whatever they are, however they live, without distinction.

Finally, if through our presence, our words and deeds, and even with our silence, those around don’t feel the presence of the living God how can we call ourselves ‘good Christians’? And if we aren’t the way Christ and the Church want us to be, is it to be wondered at if we don’t have joy and fulfilment, if we experience sorrow, and pain, misery and disappointment?