Should Orthodox Churches Have Armed Guards?

Our family discussed this question after attending liturgy one Sunday. The reason? The parish leadership chose to hire an armed security detail in response to the threats of a mentally ill person. A tense feeling was evident as uniformed guards patrolled the church property openly carrying their guns while a security tower monitored the movements of all of us. The parish hall featured a photograph of the person who made the threats for all to see. Official e-mails over the previous week added to the fear by discussing the person’s medical treatment and the new security measures to be taken going forward. 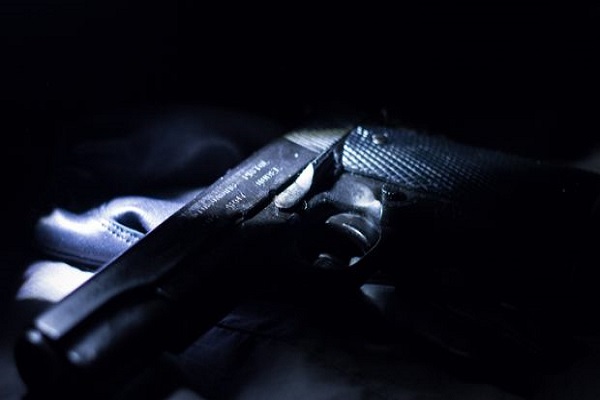 We wondered if this was the new normal. And if so, what does it mean?

Mind you that this was not in Cairo, Egypt, or Aleppo, Syria. It was in Albuquerque, New Mexico. And the threat did not come from terrorists with a history of murder but a person suffering from untreated mental illness. The most recent statistics available show that about 50 percent of individuals with severe psychiatric disorders (3.5 million people) are receiving no treatment. It was no surprise that one untreated individual found himself in our midst.

As the son of an Orthodox priest, I have lived the experience of having my father threatened. It is a serious issue for the safety of all those involved. It is also a risk that every member of the clergy takes upon himself when they assume their ministry. Over his 40+ years as a priest, my father faced many threats. He received threatening letters, phone calls and was stalked more than once by people who suffered from untreated mental illness. He often kept these threats close to his heart, teaching us that the priesthood is a cross to carry not a job to manage. The message was clear—ignoring the example of Jesus Christ was not an option. Armed guards would never be considered. Times of crisis meant drawing closer to Jesus Christ, not pushing Him away so as to take the wider and easier path.

Every Orthodox parish should do the same today. The truth is that armed guards at church are not healthy. If we believe what the Orthodox Church teaches and wish to follow the life of Jesus Christ, then we should send them away. Here are three reasons why:

Armed Guards Do Not Embody The Life of Jesus Christ and His Church:

The Apostle Peter was the first church security guard, and Christ made it clear what he thought of his actions. As the temple guards came to arrest Jesus, the Gospel of Matthew states the following: “And behold, one of those who were with Jesus stretched out his hand and drew his sword and struck the servant of the high priest and cut off his ear. Then Jesus said to him, “Put your sword back into its place. For all who take the sword will perish by the sword.” (Matthew 26:51-52). In the Gospel of Luke, Jesus yells “Enough of this!” and goes so far as to heal the soldier’s wounded ear. (Luke 22:51).

In more recent times, there is the example of Archbishop Iakovos, who marched with Martin Luther King, Jr., in Selma, Alabama. History recounts that Archbishop Iakovos faced death threats from both inside and outside the Greek Community for marching. And yet, Archbishop Iakovos and Dr. King never asked for armed guards. They chose Christ’s path of non-violence as they fought for human rights.

Armed Guards Show Our Children That Guns Can Solve Our Problems:

Do Orthodox parishes want to teach our children that guns and the threat of violence are what makes us safe? That is exactly the message armed guards send, and it betrays everything we claim to teach our children about the faith. It is amazing that some parents will condemn playing with toy guns, plastic swords or the latest video game yet remain silent when their children see real guns at Church carried by hired men who are prepared to shoot. Mark Woods provides a dose of reality when he writes the following in Christianity Today:

“There are tens of thousands of churches in America, with millions of adherents. The number that have actually been attacked is, in proportion, vanishingly small. Each death, each injury is a tragedy, but to make them the basis for a policy that’s so intuitively counter to Christian values is a long step into a dark place. Guns don’t solve problems, they create problems. For every life saved, hundreds are lost. Guns in the home increase the risk of homicide, suicide and accidental death. If church services are routinely patrolled by armed guards, that just means more guns in circulation in a country that already has as many guns as it has people. And even if a gun is used to stop someone whose intent on killing, there’s no guarantee that it will hit the right target—there’s every chance of an accidental wounding or killing.”

Armed Guards Make Us Forget About The Power of Forgiveness.

Orthodox Christians believe in the necessity of forgiveness and emphasize forgiveness at each Liturgy. Fr. Thomas Hopko reminds us that “the act of forgiveness is the very act by which our humanity is constituted. Deny that, and we kill ourselves.” The presence of armed guards at Church calls into question whether or not we believe the truth of “Forgive us our trespasses as we forgive those who trespass against us.” Do we forgive only when it is convenient? Do we make excuses and set aside the Tradition of our faith in times of crisis? Is forgiveness real?

Today, many Orthodox Christians serve others while placing their safety at risk. In addition to members of the clergy, doctors, nurses, pharmacists, social workers, first responders, and teachers all live with the fact that their lives may be in jeopardy from those who suffer from untreated mental illness. These people do their jobs with humility and heroism as they serve the most vulnerable often with no security.

Every person deserves to live in safety. However, the question of whether Orthodox Churches should have armed guards is one that goes to the very heart of our identity as Christians and what it means to live as Christ lived and to love as Christ loved. Orthodox Christians are residents of a different Kingdom, and our peace does not come from this world. As a result, we are called to live differently and see the world with eyes of faith. Metropolitan Anthony (Bloom) makes this clear when he writes:

“Saint Isaac the Syrian says that a man who has got a clear eye and a pure heart does no longer see the darkness in the world because this darkness is superseded by the shining of the divine grace at work and resting on all things, however dark they may appear. Let us learn this lesson at least from the Gospel. Let us be so careful to see with purity, to interpret with purity of heart and to act from within love, and then we shall be able to see with freedom the transparenc(ies) and the shining of the world and in the world, and love it, and serve it, and be in this world in the place which Christ assigned us, blessing in His own name, believing things, hoping all things and never ceasing to love even if love means laying down our life, either the life of the old Adam who must die so that the new Adam should live, or else the life of the New Adam who gives his life that the world and others may live.”