The Seed of the Word of God and the Ground

The parable of the sower is a wake-up call for self-criticism and self-knowledge.

People often wonder and are surprised at the apparent failure of Christianity in the world, which can be seen to a greater or lesser extent in different places. Shouldn’t we be looking at a greater impact on the part of Christianity on humankind and a more encouraging implementation of it, given the redemptive work of Christ in a hostile environment, the continuation of it by His disciples and, in particular after the efforts and labors of so many centuries? The answer to this is given in the Gospel reading for the 4th Sunday of Luke, which describes a sower whose toil didn’t bear the same fruit in every instance.

There was nothing wrong with the efforts of the sower. Nor was the seed damaged. It was sown all over, abundantly, with the generosity which is typical of God, the Giver of all good things. It was sown without let or hindrance. But the result wasn’t commensurate with the sowing. Despite the fact that the seed was cast generously and without reservation, it wasn’t received everywhere in the same way, with the same positivity, the same response. So the result wasn’t the same, either: it depended on the receptivity and productivity of the earth where it fell. 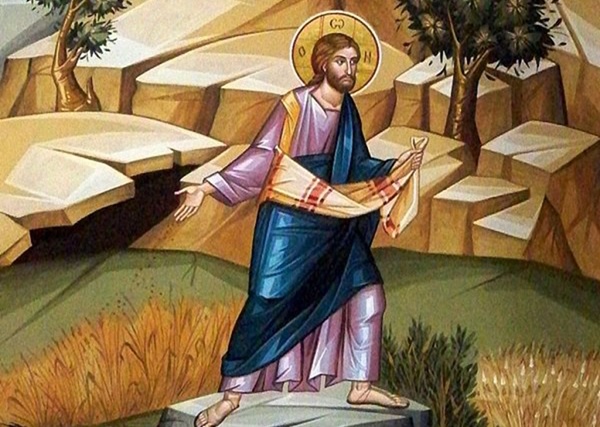 And we should also note the following: first of all, the three instance where the seed failed don’t represent some specific reference to particular parts of the earth, so we can’t say that in three-quarters of the earth the sowing failed and succeeded in only a quarter. All that’s described are some reasons for the failure, which should make the audience reflect on their own condition. And then, what’s impressive is the enormous and wonderful success of the fourth case: good earth yields ‘a hundredfold’, that is very greatly more than a normal harvest. Often enough, we’re ready to emphasize the failure of Christianity in certain instances, forgetting the reasons why this was so, and also forgetting that, in other cases, success was amazing, surpassing all measure and expectation.

To the pessimistic, though pragmatic, question with which we began, the parable gives the following answer: If the seed of Christianity hasn’t taken everywhere, let’s not seek the reason for this either in the disposition of the sower nor in the quality of the seed. Let’s look elsewhere: to the kind of field where the seed fell, the manner in which people have responded to the Gospel of Christ, to the quality of soil each of us represents.

The three cases of infertile soil described in the text can be found in many facets of our own lives. We ourselves prevent the word of God from bearing fruit within us, sometimes through neglect, sometimes through a careless disregard for the essential problems facing us in life and sometimes through the impossibility of resisting the gratification of the moment.

This parable is a wake-up call for self-examination, self-criticism and self-knowledge. Although we are all too happy to declare that Christianity has failed for many people, to cast the blame on those who are poor representatives of it, to condemn institutions and particular persons, this parable draws our attention to the soil, which each of us represents as regards the seed of the word of God. And beyond this self-examination it also gives us a dose of optimism: despite the failure in certain instances, in the end, the word of God bears fruit in an amazing and wonderful manner, rendering a harvest a hundred times greater than the normal. If we find that we’re not on fertile land, but on ground that’s rocky and unproductive, then we’ve got no-one to blame but ourselves.