The Parable of the Rich Man and Lazarus (2)

This is of great importance, because it means that despite the separation of the soul from the body, the hypostasis, the actual person of the man or woman is not abolished. Of course, the soul didn’t exist before the body, but was created at the same time. Equally, the soul by itself doesn’t constitute the person; nor does the body alone constitute the person. Despite the temporary separation of the soul from the body, the person isn’t split asunder. This is apparent from the fact that the soul retains its consciousness and even, according to the Fathers of the Church, remembers the constituents of its body which has remained in the earth and may have been scattered or dissolved into the elements of which it consisted. At the Second Coming, by God’s Grace, the soul will reunite the elements of the body and the whole person will come together again. Of course, the bodies of the righteous and the unrighteous will be spiritual then, that is, they won’t need nourishment nor will they be restricted by space or any other limitations. The resurrection is a gift which is given to everyone, righteous and unrighteous alike. 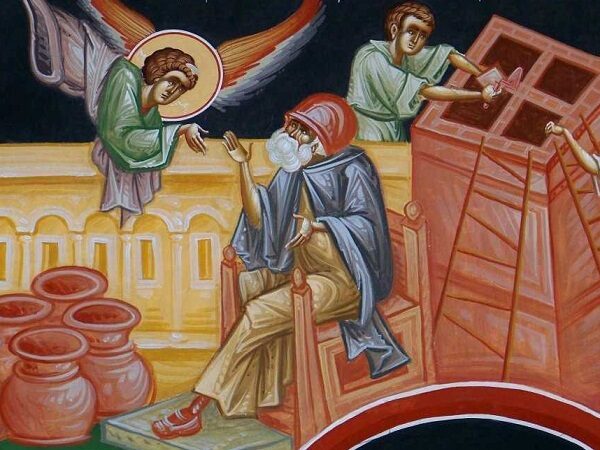 It ought to be noted that in this parable Christ mentions the name of the poor man, but omits that of the rich man. This indicates that, because Lazarus lived with God, he was a saved person, a real entity, whereas the rich man, while still a human being, wasn’t a saved person. This means that real people are those with souls, bodies and also the Grace of God within them. If people don’t have Grace, they still exist ontologically as persons, but they have no connection with God, for the simple reason that they’ve submitted to material things. Instead of being turned towards God, their mind is focused on matter and is subject to it.

Fifth. In the parable it says that when the rich man was in hell, he saw Abraham with Lazarus in his bosom. By ‘Abraham’ here, we’re meant to understand ‘God’. Being in the bosom of God means being in communion with Him.

Behind the bosom, behind the chest, lies our heart. The heart is the engine of biological life, but is also the symbol of love. The greater the love, the greater the knowledge, since knowledge is closely bound to love. And, of course, this love promotes communion and unity. So if you’re ‘in the bosom’ it means that you’re linked to the person you love, that there’s unity between you.

So the expression that Lazarus was ‘in the bosom of Abraham’ is a graphic indication of his communion with God, which is linked to knowledge and love. When we talk about knowledge of God, we mean ‘communion in existence’. It’s not cerebral knowledge but knowledge linked to love, to life itself.

Lazarus seems not to be disturbed by the dreadful suffering of the rich man. He doesn’t see hell, although the rich man does see paradise. This is because, according to the Fathers of the Church, those who live in the uncreated light, gazing upon the wonderful vision of God, forget all about the world. The light is so great, so blinding that it doesn’t allow you to see anything else. This doesn’t mean that the saints don’t pray for the whole world. They do pray and intercede with God and are in more direct communication with Him. But they’re in a state of which we can’t conceive. It’s only if we see it through the experiences of the saints that we can understand it.