We read that, in England, churches are going to be open for Christmas. Among these will be the Orthodox ones. As of today, Ireland is allowing 50 people at a time to attend Mass.

In Holland, churches haven’t closed at all in the second phase, even though there’s been an enormous outbreak of cases and deaths from the pandemic.

The same is true in Poland, despite the fact that the situation there is much harsher than it is in Greece.

In the USA, the Supreme Court has forbidden the state of New York to impose strict limits on numbers in places of worship, calling it an unconstitutional act. 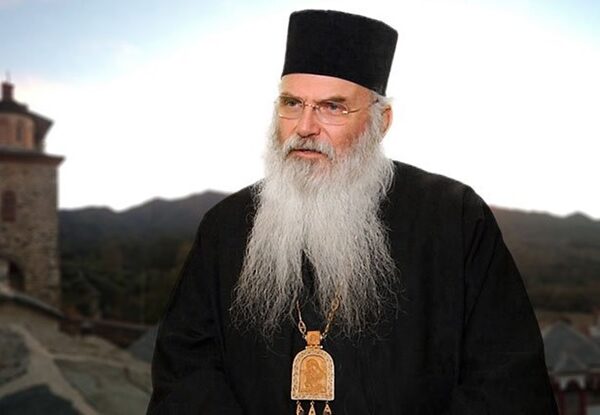 Macron has announced the opening of churches in France Why? Because there are fewer people going and so the threat is less? Or perhaps because ‘the observation of religious duties’ is a constitutional right in France and America, but not in Greece?

Now we see Cyprus. Measures have been put in place which are not depriving the faithful of the breath of life: 75 parishioners in each church. In Limassol and Paphos churches are open to celebrate Saint Andrew. In Patra, the Cathedral of Saint Andrew [the patron saint of the city] is closed, under the watchful eye of the police, so the people can’t celebrate the feast of their own saint! Then the saints of December are coming. And after that Christmas…

So we ask: why are the measures so restrictive in Greece? Why, instead of a gradual relaxation, are we seeing worship being policed?

Here in our blessed land which is full of monasteries, chapels and shrines, why do you run the risk of a fine if you go to light a candle in church? You have to go like a thief and a little bit of a cheat!

Why is there no provision to go to the cemetery to mourn someone you’ve lost, to have a Trisagion said for their soul, to throw a little wheat or some earth on their grave?

Why is there no arrangement for even a single believer to be present at the Divine Liturgy or the services, and why are the sacraments (weddings and baptisms) and other rites forbidden?

Even at funerals, the tight restrictions are incomprehensible. Supposing a mother or father of a large family dies, will their siblings, children and grandchildren be prevented from going to bid them farewell, from crying over them and from praying for them?

What harm would it do for the faithful to attend church as they’re doing in Cyprus, based on the size of the church and the social distancing rules that are in place?

Maybe the Cypriots are less fervent in the faith, less demonstrative than we are and so the danger of irregularities is greater in Greece than it is there?

Was there perhaps a greater spread of the pandemic in churches- where, in any case, the number of attendees was small- than in supermarkets and other shops? Is there any such evidence that we’re not aware of?

And how do we explain the geographical distribution of the spread of the virus? Are the Christians in Macedonia and Thrace to blame and those in the rest of Greece less devout?

And if some clergymen or monks fall ill, what does that mean? That they were infected in church? And why did the clergy catch the virus and not the congregation? Did the ministers and members of parliament catch it in their offices?

And why are the reactions and the public, provocative violations by political parties and agencies accepted when there isn’t the slightest toleration for the judicious operation of churches? This is all we’re talking about, nothing else.

We need a breather. We’re choking. We can’t take any more.

Who’s to blame for all this, in the end? The spoiled ‘people of God’? The passive attitude of the Church? The lack of understanding on the part of the state? Perhaps prejudices and hostility or even an eagerness to cast aspersions at the Church and persecute the faithful? What’s to blame?

Irrespective of whose fault it is, something has to change. With respect for the critical nature of the situation, but also for the necessity of our spiritual survival.

Faith is very deeply rooted in the hearts of the faithful. It’s more necessary than the breath of life to us. Measures imposed without regard for our breathing and our pleading are deadly for our existence. We can’t bear it. The need for the Church and its sacraments is existential. And the closer we come to Christmas, the more intense is the feeling of asphyxiation.

We respect all the measures and we must observe them with all meticulousness to protect our own and public health, but we all need to save the last vestiges of our faith.

We’ll accept everything gladly if this means our churches remain open. And that a ray of hope remains open within us. A little light. The oxygen of divine worship is more vital for us than the oxygen of breathing.

And church attendance at Christmas is far more to the point than the decorations, the presents, the shopping and the eating out. This is why we willingly wear masks: in the hope that our soul will finally gain some relief in those days.

Churches must open at once. Certainly in conformity with strict public health regulations.

But these must also be reasonable.

We acknowledge the crisis and the need to protect our health. We don’t want to be responsible for the ill health or death of other people. Nor do we disrespect the responsibility of those in charge. Never and not in any way. Let us as the Church undertake those responsibilities which are incumbent upon us.

We also ask for respect for our faith, however, and for our need for spiritual survival. The measures which have been implemented have sent us into intensive care. We are in desperate need of oxygen and… breathing equipment. We need our churches to be open. Or at least not under lock, key and supervision.

Closed churches threaten the faithful; open ones [threaten] all the viruses.