This brief study aims at a short review and analysis of today’s culture, the thoughts and ambitions of people nowadays, especially those in Europe, who have a large impact on others around the world. We’ve used the word ‘Europe’ but we would not wish to restrict ourselves to geographical confines of the term of ‘badly ageing Europe’, but rather we mean both civilizations, East and West, which, despite their different forms and expressions, belong to the same camp of atheist humanism. We would like to focus the attention of our people on the lurking danger of abandoning our ideals, our traditions, our heritage, for the sake of the new-fangled and erroneous ideas which are flooding our society through all available means. But the healthy, correct faith, to which we are heirs and which is our sacred heritage, is the greatest blessing under the sun, which is why we must fight for it relentlessly and bravely. 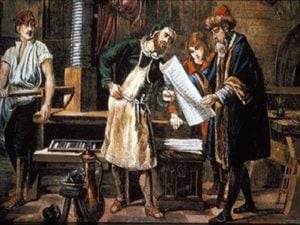 Since it is the aim of the devil to distance people from God, using an infinite variety of methods to lead them astray, we’ll concern ourselves here with one of these: atheistic humanism which is also the basis of European civilization. As an introduction we’ll refer to matter and the spirit, of which the world around us is made up and thereafter to the value of the human personality; to the absolute and the finite; to the perishable and the non-perishable; the eternal and the transitory. We’ll mention the ‘image and likeness of God’, the creation of the human race, which is testified to not only in the Holy Scriptures, but also by natural phenomena which provide us with solutions to our agonizing questions about ourselves.  We’ll then refer to the Incarnation of God the Word and to the perfecting of our nature in Him, and Him alone. Finally, we’ll stress that this combination of God and Human is everything, our absolute criterion. For this purpose, we’ll borrow some wonderful and wise thoughts from the late Elder, Saint Justin Popović.