If we consider sin as transgression against the ‘law of God’ rather than an ailment we inherited as children of the first Adam, it’s natural that this will create feelings of guilt. Because, if sin becomes second nature over time, it acquires authority over our soul so that, as Saint Paul says, we do what we don’t want to do. But, as can be readily understood, this creates pressure, we lose our peace, we’re in turmoil and suffer the consequences in our daily life.

Our holy Fathers and Mothers, who really understood human nature- since they knew the depth of their own- speak of the sin lurking within us as a sickness. People should never feel guilty about being sick, but need to take steps to be cured so that they can enjoy life, their relationships and their gifts. So that they can live normally.

As a way of life, the Church is in the world as a health care center. In their service to the Church, the clergy have as their mission to cure the people who come to them through the means which the Church provides: the true faith, fasting, prayer and the sacraments. That is their primary ministry; the rest is of secondary import. 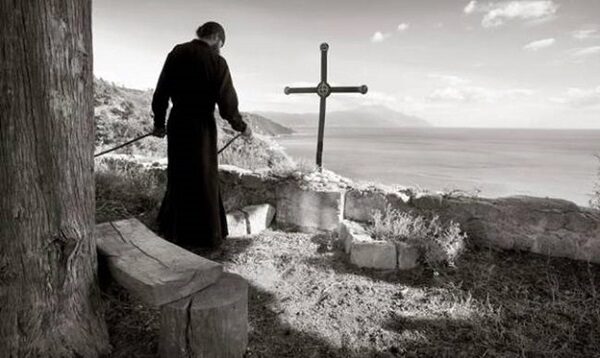 Given that the majority of the members of the Church have grown up in a society riddled with respectability, Puritanism and humanism, it’s hardly surprising that they suffer from depression, stress and neuroses. The tragedy is that men of the Church act in the same way and attempt to regulate external behavior while ignoring knowledge of the inner world. In this case, what hope do people have?

The message of the Church today is the same as in every era: one of hope, optimism and joy because death in its various forms has been defeated by Christ, the new Adam. This means that sin, however it manifests itself, is no longer an incurable sickness. Whoever they are, however they live, people aren’t alone. All they need in order to live is to want to be cured.

It may be that the above will be understood as lovely words, deriving from religious intensity. But people who have experienced and lived them can confirm their beautiful reality, which brings us what, in the end, we all want: freedom and joy.

Let’s not persist in our adherence to what is negative about ourselves and the world around us. Let’s stop our life from being miserable because we’re constantly looking at our weaknesses and sins. In any case, how important is our self? What matters is Christ, who, in his love became ‘as one of us’, descended into hell, like us, and triumphed over death, our greatest foe.

This is why his teaching is called the Gospel [‘god spel’ = ‘good news’] and his presence ushered in the reign of God, which is characterized by joy, joy and more joy. Isn’t it a pity if we then dwell on death?