A Moment of Prayer with Metropolitan Paul Yazigi

We stand on the threshold of Holy Week. The Lord Jesus Christ triumphally enters Jerusalem to raise us and save us through His Holy Crucifixion and Glorious Resurrection. The “hour” has come, and the Lord prays in the Garden of Gethsemane: “Now my soul is troubled, and what shall I say? ‘Father, save me from this hour’? No, it was for this very reason I came to this hour” (John 12: 27). In these days, we remember another “hour,” the hour of Metropolitan Paul Yazigi’s kidnapping in Aleppo. It was about three o’clock in the afternoon of April 22, 2013, when His Eminence courageously entered Aleppo, accompanied by Archbishop Youhanna Ibrahim, in order to free two innocent priests held as hostages while serving the people of God during the terrible war in Syria. 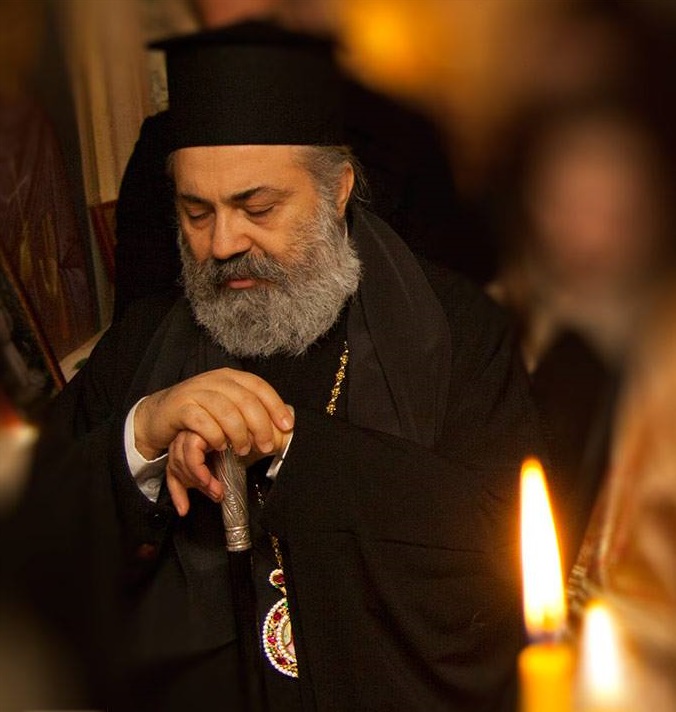 The hour of the Crucifixion and the hour of kidnapping bring back memories of a moment of prayer with Metropolitan Paul. In one of the early mornings of Great Lent in the year 2001, I entered the Church of the Dormition of the Theotokos at Balamand Patriarchal Monastery, and the sun had risen. Pulling the side-door, I noticed the dim shadow of Metropolitan Paul serenely standing in his wooden chair, waiting for the beginning of Matins. He seemed as a pillar of patience, in the likeness of his diocese’ s patron saint, Simeon the Righteous of Aleppo. As he had taught that liturgy begins before the liturgy and continues after it, I saw him holding a long prayer rope in his left hand, saying the Jesus Prayer: “Lord Jesus Christ, Son of God, have mercy on me, a sinner.” His eyes were fixed upon the icon of the Holy Cross, standing in the middle top of the iconostasis and surrounded by the icons of the Holy Theotokos and St. John the beloved disciple. I was the first to enter the Church, so I stood still, quietly contemplating this scene, being afraid that my footstep noise would interrupt the intimate prayer flowing out of a heart enflamed by the love of the King of Glory. It is an hour of intimacy with the Crucified One.

At that moment, I realized how much Metropolitan Paul was struggling in prayer. The signs of exhaustion were clearly noticed on his countenance, since he had barely slept that night. He had received dozens of young men and women from various places in Lebanon and Syria who came to Balamand for spiritual direction and liturgical participation, desiring to taste the sweetness of the life in Christ through confession and repentance. Even though the day before was filled with troubles and concerns, His Eminence, as a spiritual father, saw the presence of the youth as a priority. He personally met with each visitor at night, one after another, guiding them in paternal patience and sacrificial love, listening to their issues, wiping their tears, and guiding them in the journey of life. His main concern was not to comfort his exhausted body, but to serve with strength as a spiritual physician who loves his children. In fact, His Eminence reminds the seminarians in Balamand that their main priestly work is to act as spiritual fathers whose primary concern is the salvation of souls and the guidance of the faithful on the way of repentance, holiness, and joy. 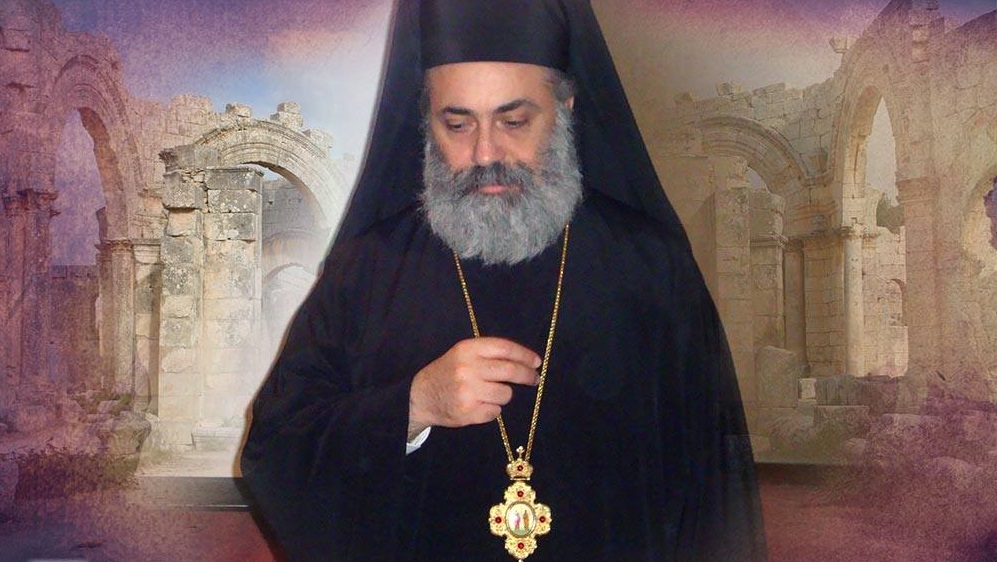 I was sneaking my way inside the church, attempting to catch a glimpse of his face. His fiery eyes gazing into the Crucified King of Glory were as in a personal and living encounter with God, the Hope of the hopeless, the Refuge of the displaced, the Anchor in temptations, the Healer in a pandemic, the Protector in a battleground, and the Comforter in a time of distress. His praying lips were sighing the Jesus Prayer in an ascending rhythm, as if he were in a fierce arena, staunchly fighting for the salvation of his beloved ones. Facing the Crucifixion, his warm prayers were rising as incense for the salvation of the youth before the Altar of the Cross, as an offering of sacrifice. He was entreating the Divine mercy and imploring the Crucified Lord to enlarge his spiritual children’s heart and help them perceive the Resurrected Lord, that they may abide in the Truth Who liberates them, that they may obtain the mind of Christ making their will obedient to His will. Today’s youths are tossed into a sea of conflicting ideologies that could ensnare their souls and lead them astray. They are influenced by powerful allurements and deceitful advices presented as enticements by a media-driven world. 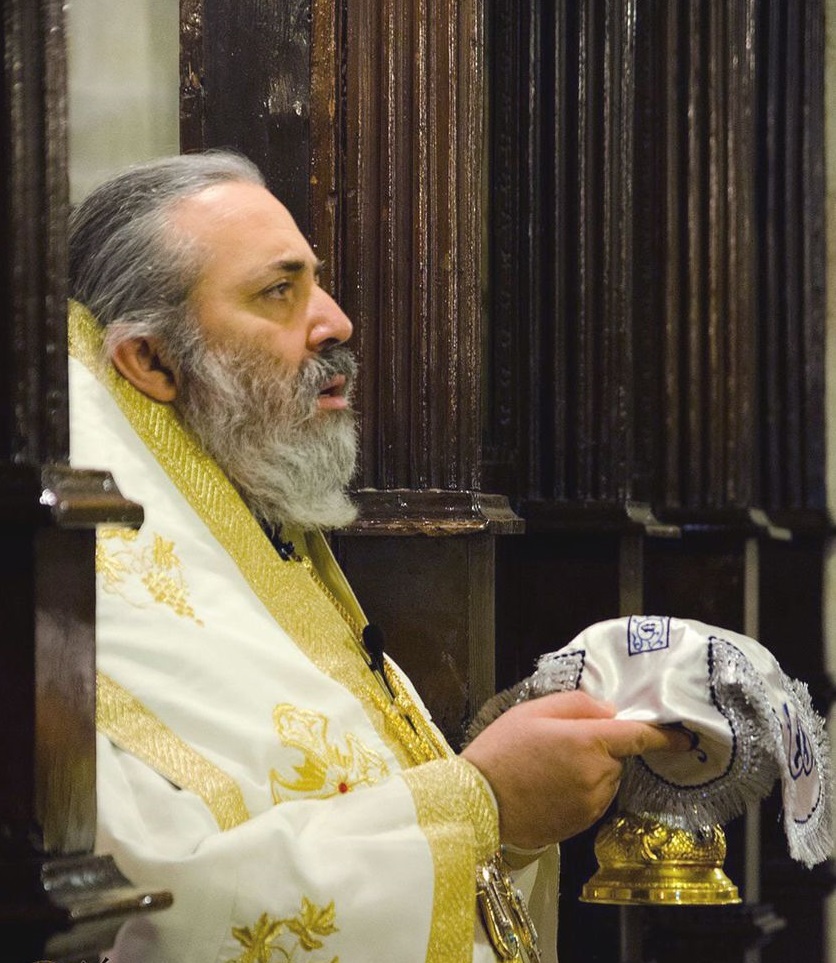 In one of his strong messages to youth, Metropolitan Paul calls each young man and woman to experience perfect love and freedom in Christ. His words, filled with his paternal love and tenderness, carry a dose of encouragement in troubled times: “O heroes of freedom: the price of perfect love is to sacrifice one’s whole life. This perfect love is a much-needed testimony for today’s world! It is one’s decision to freely choose how much one would desire to love! The martyr is the greatest lover and the freest human being! Jesus is our model. Beloved young people: you are heroes of freedom, heroes of powerful choices. Be free! Know the Truth, and the Truth shall set you free. Rebel against captivity, laziness, and enticing temptations… Jesus is coming to raise us up, so let us rise to meet Him as He descends to us, Amen” (Fire in a Burning Bush, pp. 145-146).

Now, the “hour has come for the Son of Man to be glorified” (John 12:23). Let us rise to meet Him, through the prayers of Metropolitan Paul, Amen.