In the wonderful book The Ladder of Divine Ascent, Saint John the Sinaite speaks of the struggle against the passion of telling lies. And in presenting the disastrous consequences thereof he says: ‘Lying is the obliteration of love, and false testimony is the denial of God’. An incomparably worse deed than mere lying to other people, then, is the use of a false oath, because if we mock God in this way, we are in essence denying him and estranging ourselves from him. 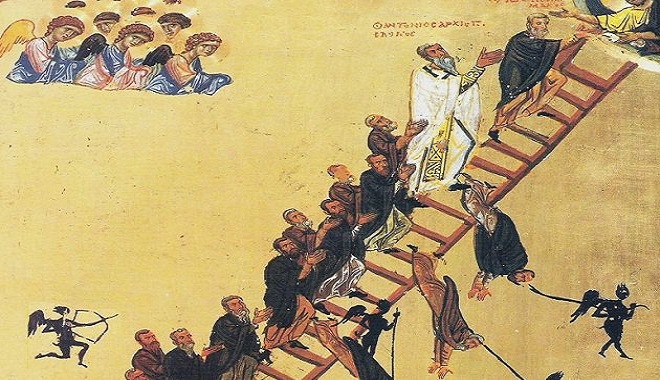 The concession of the divine oath

The oath was a means of confirmation which was allowed under Mosaic law because of the spiritual infancy of the people of God. In his love for us, God agreed to be called as witness, in order to fortify the faith of fallen humankind. Of course, after the incarnation, after our renewal, Christ expects us to be so attached to the truth that our ‘yes’ will mean precisely that and our ‘no’ will mean ‘no’. Consequently, with such uprightness as regards conscience and words, oaths became superfluous and were, in the end, forbidden.

In the Old Testament, however, from his deep understanding of our disbelief, God allowed the use of the crutch of an oath in order to confirm the truth of his promises. Saint John Chrysostom says: ‘Since people are of little or no faith, God conforms to their limitations. Even though lack of trust in him is a slight, he swears for their sake’. And as Saint Paul tells us: ‘For when God made the promise to Abraham, since he could swear by no-one greater, he swore by himself’ [Heb. 6, 13].

Naturally, these two things, the promise and its confirmation by oath, exclude any possibility of God’s lying. But however ‘unimpeachable’ he may be, this isn’t enough for the fulfilment of the promise. That requires our own cooperation, which consists in absolute trust in God, in patience and in the fortitude which isn’t diminished even when everything conspires to extinguish our hope. When God promised the land of Canaan  and an uncountable number of descendants to Abraham, the latter was still living a nomadic life in a tent, while his wife Sarah was infertile and old. Despite this, the holy patriarch did not for a moment allow his faith in God to be shaken, even when God asked him to sacrifice his son. And having passed all the examinations of faith successfully, he not only enjoyed the riches of the fulfilment of all the promises, but was honored by Christ calling paradise ‘the bosom of Abraham’ and by Saint Paul addressing him as ‘the father of all believers’.

So all of us who believe are spiritual descendants of Abraham, those of us who ‘are similar to him in terms of faith’ (Zigavinos). To the extent that we resemble him in faith by which we have recourse to God, we also can enjoy the comfort, the courage and the certainty of a hope as secure as an anchor is for a ship, keeping it safe in harbor, protected from storms. Of course, the anchor of our own hope does not merely keep us in the relative safety of a harbor. It’s not held fast by sand, but by the Lord of Glory himself, who isn’t dug into a shifting sea-floor, but has entered heaven before us to open the way and prepare a place for us. And Christ has done so as both God and human, not only to be our King, but also as our eternal High Priest, offering himself ceaselessly as a sacrifice for our sanctification and salvation.

This declaration of hope in the promised kingdom of God has been slandered because it supposedly exiles God from the here and now and also that it offers as a solution to the trials of life on earth the promise of bliss in a life after death. The Greek poet Kostas Varnalis (1184-1974) satirized this notion in his poem The Ballad of Kyr-Mendios which has a donkey saying ‘I’m so hungry I’m fainting’, and a priest saying to it: ‘Be quiet, you’ll eat in heaven’. In the face of this distortion, which separates this earthly life so distinctly from the heavenly, and makes the former so hopelessly relative, people today are naturally affronted. Albert Camus wrote: ‘For if there is a sin against life it consists perhaps not so much in despairing of life as in hoping for another life and in eluding the implacable grandeur of this life’*. In the name of our everyday, tangible life, Camus refuses to be drawn to any ‘other’, however, beautiful and eternal it is.

Certainly we may not allow the testimony ‘of the hope in us’ to decline into mere metaphysics, which speculates exclusively on the hereafter, ignoring the fact that we don’t have two lives but only one. Our life is Christ, who ‘became flesh and dwelt in us’. And the culmination of his sacrifice on the cross is a supper at which he can be eaten and drunk, here and now. As Saint John Chrysostom says: ‘Yes, we’re still in the world. We haven’t left this life yet. But still, within the Church we already enjoy God’s promises concerning the inheritance of his kingdom’.