The sanctification of the human body 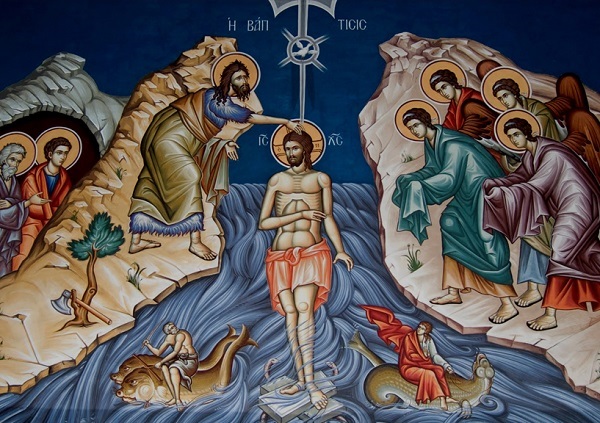 When we honor the saints of the Church, who are people who have proved truly to be temples of the living God, having observed his commandments and found the truth, we don’t merely honor their souls, their teaching or their intellect. We honor the saints as whole beings, because people are sanctified as such, soul and body. This is why, in the Church, we venerate the holy relics of the saints, which are their bones which received the grace of the Holy Spirit and are temples of the living God. We Orthodox don’t simply render honor, as did some of our forebears, but we actually embrace the relics, the objects and the holy icons of the saints because we believe that, in doing so, we share in the grace of the Holy Spirit which these saints possess. Of course, they didn’t have this grace only when they were alive on earth, but have it much more now that they’re alive before God. They’re still alive and their soul is immortal.

People in the West don’t understand this reverence we have for the saints and why we venerate their relics. They don’t venerate relics because one of the greatest crimes perpetrated by the Vatican is that it destroyed the Orthodox theology concerning our deification, which they held until the 10th century. They now don’t understand, even in theory, how it is that human beings can be deified. They think that sanctity is a prize bestowed by God. It isn’t a prize given by God; we do, indeed, receive it by divine grace, but as the result of free cooperation between ourselves and God. People are sanctified as a whole. In the West, sanctity is identified with morality and external legitimacy. This is not the case in the Orthodox Church. Of course the saints are moral and keep the law, but the grace of the Holy Spirit transcends human and secular features. It’s the uncreated energy of God, which envelopes the whole of the human person; the whole person is sanctified. As is mentioned in the Gospels- and this is a clear answer to Jehovah’s Witnesses and Protestants in particular- the woman with the issue of blood went and touched Christ’s garments and was cured immediately. Which makes us ask: is it possible for a piece of clothing to work a miracle? Of course not. It was Christ who performed the miracle. He worked the miracle through his raiment and also, of course, because of the woman’s faith. In the Acts of the Apostles we’re told that the shadow of one of them falling on a sick person was enough to effect a cure. Other miracles were worked through their face cloths. Miracles were and are performed through our faith and the grace of the Holy Spirit. Naturally, the saints don’t perform miracles on their own. It is the grace of the Holy Spirit which is in objects associated with the saints, acting together with our own faith, which effects the miracles, the healings, and the other characteristic features which the holy relics and icons perform for those who approach them with faith.