The ‘Sons of Thunder’ in the Gospel Readings

John and his brother James were the sons of Zebedee and Salome and came from Bethsaida, a town on the shore of Lake Tiberias. In Aramaic, the name Bethsaida means ‘fishing/fishermen’s place’ and it’s clear that most of the inhabitants of the town were involved in fishing. The two apostles, James and John, also followed this profession, as did their father. Indeed, they were colleagues of Saint Peter, as is clear from Saint Luke’s Gospel: ‘so also were James and John, the sons of Zebedee, who were partners with Simon’ [5, 10]. Saint Mark also mentions their profession in his Gospel: ‘He saw James the son of Zebedee, and John his brother, who also were in the boat mending their nets. And immediately he called them, and they left their father Zebedee in the boat with the hired servants, and went after him’ [1, 19-20]. 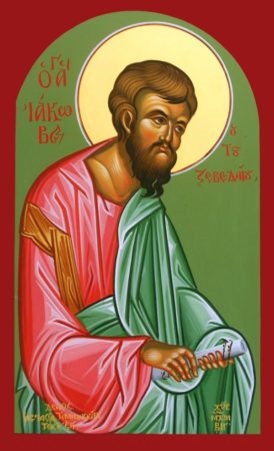 The two disciples had a deep and abiding love for their Teacher and were loyal and devoted disciples, always staying close to Jesus. They were forceful personalities, as appears from an incident preserved in the Gospel according to Saint Luke. When the Lord had decided to leave to go to the city of Jerusalem, he first sent messengers to prepare for his arrival. They entered a village of the Samaritans, who expelled them, however. When James and John heard about this, they said to the Lord: ‘Do you want us to command fire to come down from heaven and consume them, as Elijah did?’ [9, 54]. But, wishing to admonish the two apostles, Christ answered: ‘You do not know the kind of spirit you are of. The son of man did not come to destroy people’s souls but to save them’ [9, 55-56]. The Gospel of Saint Mark preserves the information that Jesus gave them the name ‘Boanerges’, meaning ‘sons of thunder’ [3, 17]. Professor Ioannis Karavidopoulos says that the Fathers interpreted this naming as a foretaste of their ‘soaring’ theological teaching. ‘For like thunder from heaven these two thundered the theological dogmas, James by the spoken word, John by the written’ (Zigavinos); ‘sons of thunder for the great and penetrating dogmas of their theology, reverberating around the world’ (Victor).

James, John and Peter were close to the Lord and were the only ones in his close circle to witness some miraculous events, such as, for example, his Transfiguration [Matth. 17, 1-13]. Similarly, he allowed only these three to accompany him when he raised Jairus’ daughter [Mark 5, 35-43]. Finally, it was these same three that Jesus asked to go with him to his place of prayer in Gethsemane, on the Mount of Olives, just before his arrest and voluntary passion [Matth. 26, 36-46]. As the Acts of the Apostles records [12, 1-2], James the son of Zebedee was the first of the twelve apostles to be martyred, beheaded by Herod Antippas. 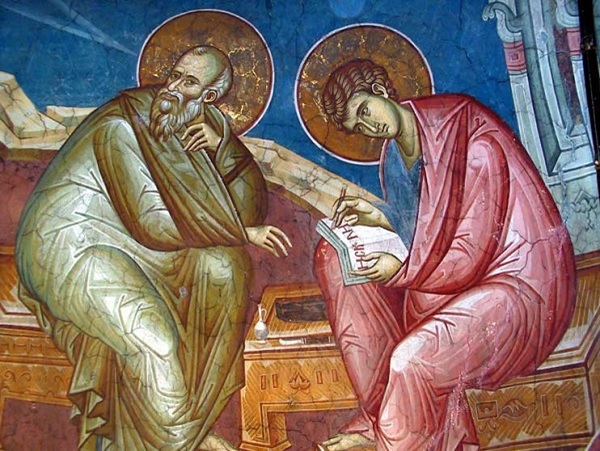 John the son of Zebedee is referred to as the disciple ‘whom Jesus loved’ [Jn. 13, 23]. He’s also called John the Evangelist and John the Theologian. From the time of his calling he followed Jesus throughout the whole of his public ministry. For three years he never left the Lord’s side. He was present at all the important events of Jesus’ life and, after Christ had been arrested, John was the only one of the disciples who had the strength and courage to accompany him to the Cross [Jn. 19, 25-27]. John was also the first person from the close circle of the twelve apostles to see the empty tomb after the three-day Resurrection of Jesus Christ [Jn. 20- 1-5]. The Church accepts that the Lord’s beloved disciple died, was buried, rose and was translated to heaven to eternal and true life. The Evangelist himself says: ‘Those who have the son have life; those who do not have the son of God do not have life’ [1 Jn. 5, 12].