Railing against God is Tantamount to Condemning Him

People often ask why, for what reason, the Lord God sends them sorrows and very onerous trials. It’s extremely important that all Christians should understand that sorrows are sent in accordance with God’s will and are always for our benefit and salvation. Most often, in fact, they aren’t sent as punishment for sins, but rather so that we can realign our paths and our hearts. Or they may be the answer to requests we’ve made to God. People frequently expect God to make what they ask for in their prayers happen in the way they themselves think is best. But God often replies to their supplications in a way that’s entirely different from that which they wanted or imagined.

They might, for example, ask God to grant them humility. They assume that, gradually, day by day, humility will grow in their hearts under the active influence of God. But the Lord often acts in a different way: he may send them an unexpected blow which wounds their pride and ego, and thus humbles them. God frequently sends us some ailment that we complain about, with no thought to the fact that most often it’s a great blessing from God. It may be the answer to our prayers if we’ve asked him to strengthen our faith. 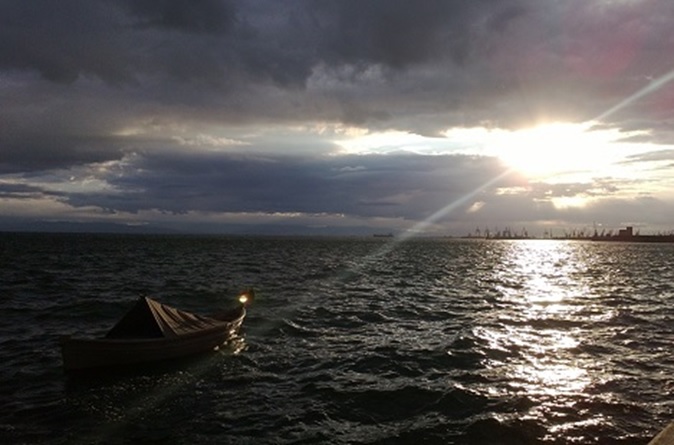 Don’t you know that our Lord frequently sends terrible ailments and that he wounds our body in order to fortify us spiritually? This was the case with Saint Pimen the Much-Suffered, who was a monk in the Monastery of the Caves [in Kiev] and all his life was confined to his bed of pain with an incurable illness. But in this way he achieved sanctity. Some people, who set great store by earthly goods, ask the Lord to increase their wealth. And the Lord responds with fires or by destroying their possessions and in this way turns them away from their attachment to earthly goods and avarice. He thus restores them to the right path, as this is shown to us in the Beatitudes.

The Lord behaves like this towards us because he regards us as his real children, whom he punishes for our own good. As Saint Peter the Apostle tells us, we should accept the sorrows he sends us: ‘Therefore humble yourselves under the mighty hand of God, that He may exalt you in due time’ (1 Peter 5, 6). If, despite our best efforts, we can’t understand why sorrows are sent to us by God, then let’s at least humble ourselves beneath his powerful hand and he’ll raise us up at the right time so that we’ll understand the paths by which he’s bringing us to the goal.

We must accept all the sorrows and trials sent to us by God with great humility and without complaint, in the humble conviction that, through them, God is directing us rather than venting his anger against us. Because he said himself, through the mouth of the Prophet Isaiah: ‘I am no longer angry’ (27, 4). We usually think that God’s angry with us and therefore sends us trials and sorrows. Not at all. We must always remember that there’s no anger in God.  ‘God is love’ (1 John 4, 8). And perfect love is a stranger to any kind of grievance.

But it’s often the case that when God delivers a blow against us, through which he humbles us in order to elevate us all the more, we complain about him. But do you realize what a serious sin it is to rail against God? When we berate God, it means that we consider him unjust, that he’s not behaving properly towards us and that he should treat us differently. Isn’t it a terrible sin to condemn God and slander him? This is why Saint Peter tells us: ‘Conduct yourselves throughout the time of your sojourn here in fear’ (1 Peter 1, 17). We must take careful notice of our mistakes and the obstacles to our progress towards the Kingdom of Heaven. But above all else, we must fear breaking Christ’s great commandment: ‘Judge not, that you be not judged’ (Matth. 7, 1). And complaining about God isn’t just criticism of him, it’s condemnation.

Let’s leave judgment to those unfortunates who wittingly destroy themselves. Whom the Lord Jesus Christ neither corrects nor punishes, since they’re incorrigible and untreatable. Let’s simply ask for his assistance on the road to salvation, let’s glorify him and honor him always, together his Father without beginning and the Holy Spirit. Amen.