As we know, the feast of the Ascension seals the first coming of Christ to the world, in the flesh. It thus completes the plan of God’s divine dispensation in the incarnation of his Son and Word as a human being. The nativity, the teaching, the  miracles, the passion, the crucifixion and burial and the resurrection of Christ \re divine occurrences which are related to Christ’s presence in the world. With the Ascension, however, the healing of the human race through all these works and deeds is sealed, but also generalized to the whole of the human race, because the Lord didn’t merely ascend into the heavens in glory but, as we confess in article 6 of the Creed: ‘And he ascended into heaven and sits at the right hand of the father’. In other words, deified human nature is now present at the throne of God, together with the divine. Therefore every being which shares human nature can also be deified by grace and so can be saved. Before the Ascension this was impossible. This makes us realize the blessing, the significance and the gravity of this feast. 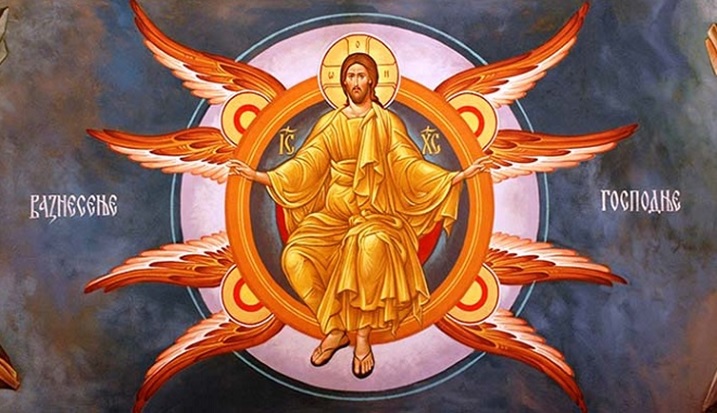 With the Ascension, there is no abandonment of us on the part of Christ, nor any absence of his from the world, since he himself assured his disciples: ‘Behold, I am with you always until the end of the age. Amen’ (Matth. 28, 20). It follows that when we pray to the Lord, when we partake of the body and blood of Christ, when we cleanse our heart and enclose Christ therein, then we become Christ-bearers and God-bearers. What the Bridegroom of the Church and of the existence of every believer wants is for us to love him, to make him our priority, to keep his commandments and to seek him, directly or indirectly in his visible image, that is every other person.

Apart from the objective salvation of the human race and the opportunity for each of us to achieve this by growing from the image of God into his likeness, the feast of the Ascension also opens up two other perspectives. 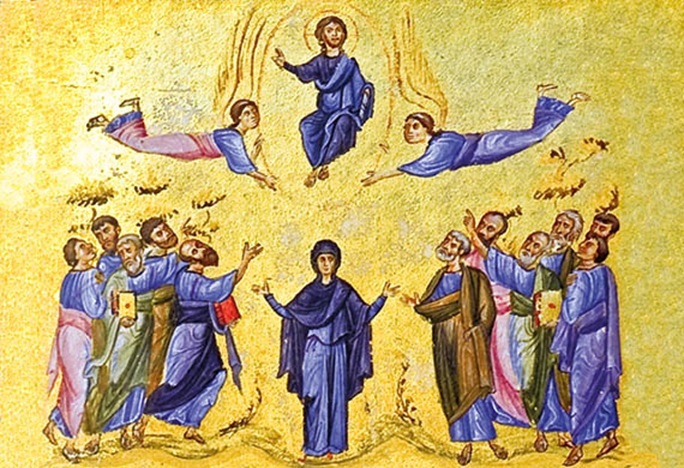 a) The first is also the last, in the sense that it belongs to the end times. It’s the expectation of his glorious second coming concerning which we know neither the hour or the moment, though we do know that it’ll happen, as we confess in the Creed: ‘And he shall come again with glory to judge the living and the dead; and of his kingdom there shall be no end’. So from this we know that everything we do, say and think will have its recompense, for good or bad, at the second coming, since the Lord will be there as Judge. Moreover, since we know neither the time nor the moment of the Second Coming, nor of our own biological death, we have to be aware of the vigilance and sobriety required for our departure from this earthly life. This shouldn’t engender pathological fear and anxiety in us, but neither should we descend into sloth and a false sense of security.

The second prospect is the opening of the way for the coming of the Comforter*, the Holy Spirit, the third person of the Holy Trinity, who is necessary if we’re to know anything at all about God and whose presence is essential on every occasion of the sacramental life and liturgical services of our Church.

*A difficult word. Originally it meant ‘someone who was summoned’ which makes theological sense in that we invoke the Holy Spirit at the sacraments. However, the word in Greek is also related to the verb ‘to console’ and when the liturgical texts were first translated, into Slavonic, the word used was Uteshitel’ (=‘Comforter’), so it is probably safe to assume that this was the meaning the word carried in the Church.