For God, time is the waiting period between when he ‘knocks at the door’ and we open it wide for him (‘If someone hears my voice and opens the door, I will enter and dine with them and they with me’ (Rev. 3, 20).

In this sense, time also denotes our freedom and the respect which God has for his creatures. God doesn’t enter our heart through violence. Union with him in love can be achieved only through our free acceptance of the offer of it. This is why God gives us time. And because of the respect God has for those whom he fashioned, he experiences time just as we do. Because there can be no doubt that when we don’t hear God’s voice or when we choose not to answer it we’re simply ‘on hold’- we fall into a state of waiting on various things and, in the end, live a life entirely immersed in time. 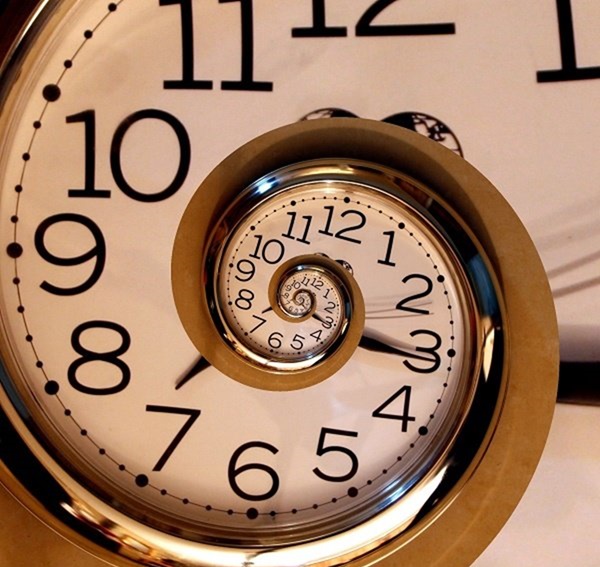 When what we’re expecting is of great personal importance for us, we understand better the passage of time. And this expectancy of some significant event always includes a feeling of joy, which takes hold in the soul and dispels sorrow. The most intense expectation or anticipation, everyone’s greatest desire, is that of unreserved love from someone else.

Time is like the distance between the two ends of a bridge. There’s something uncertain, something unclear about it. It concerns a state of movement either towards death or towards the fulness of life.

Time is real and productive only when, as we travel within it, we’re progressing towards the union of our own life with that of others and with the infinite life of God. We reach eternity only by passing through time, as a real journey, rather than trying to escape it. And we pass through this intervening period only insofar as we unite ourselves in love with the supreme Person of God.

Time which is simply an interpolation between a person and those things they want to seize, or between a person and those around them whom they want to control or exploit, isn’t even time. It’s just a shift within the wilderness of our self, leading to utter death. The longer we remain closed in on ourselves, the farther away God is from us, because we’re distancing ourselves from other people and we can’t enter into personal communication with them.

Time will end only when we’ve responded completely and directly to God’s call or when we’re finally and irrevocably locked within ourselves and in our solitude, where we receive no call and there’s no chance of a response. Continuous refusal to respond to the offer of love paralyzes people spiritually to the extent that they’re entirely incapable of communicating. At this point, there’s no expectation, no hope and no anticipation. It’s doubtful whether we can really talk about time in this situation, much less about the fulness of eternity.

Since there’s nothing new in this situation, all we can say about it is that it’s like an inverted image of eternity, that it’s the complete opposite of real eternity. Time has lost all meaning- it’s useless- because of total emptiness, the absence of any kind of motion, any direction or aim. The two fundamental types of eternity as represented by the endless monotony of the void on the one hand and the fulness of communion on the other. The former is the eternity of death; the latter the eternity of life.