The Coexistence of Wickedness and Virtue

Good and evil are comingled in such a way that they’re colored by each other, so that the wickedness of evil can show, as can the benevolence of good. In this way, we can learn from both. Let us see, then how this interlacing occurs and what we can learn from it. 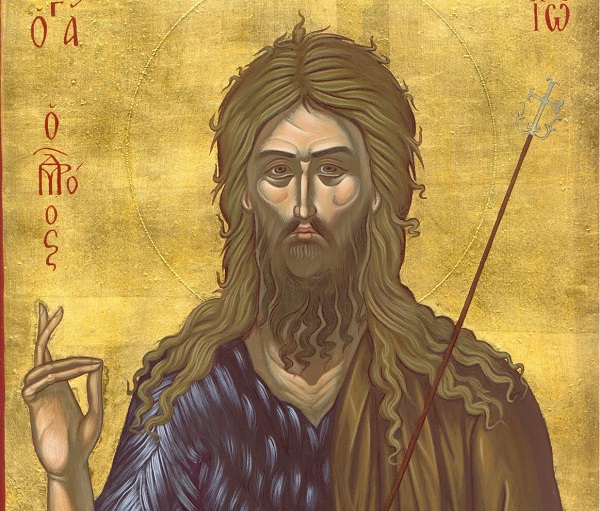 But the worst manifestation of evil was in the mother: ‘Bring me the head of John the Baptist on a platter’, she said. Do you hear the lack of shame? She acknowledges the capacity of John as Baptist, yet doesn’t hide her head in shame. She wants his head on a plate, as if it were some kind of food. What was her reason for daring this? Nothing. She simply wanted to be honored through the destruction of another person, even though John hadn’t chastised her personally, but Herod. She didn’t say ‘Bring him here and slay him before me’, because, according to Saint John Chrysostom, she was afraid ‘of hearing the voice of the slain’, because even in death the Forerunner wouldn’t have been silent. Herodias wanted ‘to see his tongue silenced’. Who wouldn’t have been appalled to see that blessed and holy head dripping warm blood in the midst of the feast? This bloodthirsty and brutal woman was not at all moved at the sight, but, rather, boasted about it. Here is the wickedness of those three people: the father, the wife and the daughter.

And then there’s the lambent virtue of the other three: God, the Forerunner, and the Evangelist who wrote the narrative. Look at what happened. God didn’t send a thunderbolt* to strike Herodias, Herod or the executioner all of whom had dared slay the most holy of people. How did the earth not open up and swallow all those present at the banquet? God is patient. The Forerunner, to whom Christ had bowed his head and by who he’d been baptized, now bowed his head and was decapitated by the daughter he’d defended and the mother and husband whom he’d chastised. What obedience to the will of God! The Evangelist who recorded the events doesn’t speak ill of any of the three reprobates, but even seems to justify their actions in some measure. About Herod he says that he ordered the beheading because of his oath and the other people present; Salome, he says, was prompted by her mother to do what she did; and he doesn’t call Herodias a malefactor and murderess, but refers to her, not once but twice, by the honorable name of ‘mother’: ‘prompted by her mother’ and ‘gave to her mother’. So we have the patience of God, the obedience of the Forerunner and the tolerant attitude of the Evangelist.

Today God is admired for the patience he demonstrated then and for his justice, later, when he punished all three as appropriate. But he’s also admired for the reward he gave to the Forerunner. He was beheaded to stop him talking. But now he spoke more, because, before his imprisonment, the Gospels-writers had made no mention of his chastisement of Herodias. Once he’d been decapitated, they wrote about his beheading and the murderous intent of Herodias. He was beheaded to make him disappear. Yet, according to the testimony of Jesus, there is no-one greater than John the Baptist among all those born to woman. In icons, we see John in heaven, next to Christ and the Mother of God. Every church has an icon of Saint John on the iconostas. And how the Evangelists captivate us with the simple, superlative manner in which they relate these events.

* A reference to the typical punishment on the part of Zeus. For those interested in the difference between the way the behavior of the Olympian gods was perceived, as opposed to a more rational view, Celso Vieira, from the Ruhr Universität, Bochum, has an intriguing article entitled The capricious gods counterattack: on what the empirical method and the rational gods model miss, which is available free on the internet.