Why did God give the command to the forefathers?

God did not give the command to the forefathers to abolish the freedom from their personality. As we have already said, the universe as “being caused” cannot exist by itself. Therefore, not only does it not possess its own “being” but neither does it contain the “well being” or the “eternal existence” by its own ability. It takes this from the Creator. By adhering to the commandment it continues to communicate and relate to Him. This is an existential necessity. In the nature of the command we see God’s ineffable philanthropy, who wants to keep man near Him. God did not cause man’s fall, but the defection of created beings from Self-Life. The Scriptures justifiably say that “God did not create death; neither didHhe find joy in the demise of beings” (Solomon 1, 13). 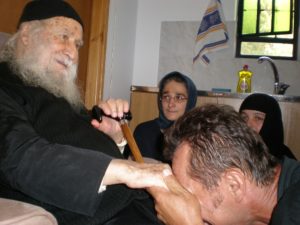