The animal kingdom in the kingdom of heaven; can there be real co-existence between humans and animals? (2)

We also encounter the presence of animals later, in ascetic literature. After the time of the persecutions, the figure of the ascetic began to appear. Ascetics were Christian hermits who chose a life dedicated to God and the ascetic struggle. For this reason, they made their way into neighboring deserts and, living in caves, spent their time in prayer, praise of God and daily asceticism. They understood the wild animals living in these inhospitable places to be instruments of the devil, as temptations aimed at deflecting the tenacity of the hermit. Of course, Platonism played an enormous role in this attitude, because it had affected the whole of human thought at that time. So wild animals were presented as passions of the soul which desired to tear the ascetic to pieces. 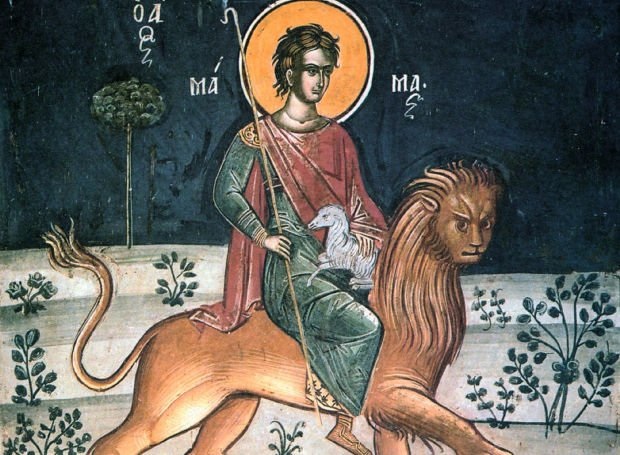 Theofilos of Antioch interprets four-footed animals and wild beasts as people who have no knowledge of God, are impious, unrepentant and content with earthly pleasures. As he puts it ‘But the sea-creatures and carnivorous birds are similar to the greedy and the transgressors’ (To Autolykos, 1, 6, PG6). As regards the matter of asceticism and wild fauna, what we should understand is that, in themselves, the animals are not instruments of the devil nor are they hostile; it’s human sin which distorts them and makes them hostile. Evagrios Pontikos has this to say on the subject: ‘Of the unclean demons, some torment people as people, others agitate people as irrational animals. The first focus on vainglory, pride, envy or condemnation, insinuating into us concepts which in no way touch the irrational.  The approach of the second group is to kindle wrath or unnatural desires. We have these passions in common with the irrational beasts, though in us they are concealed beneath our rational nature’.

Thus it is that the co-existence between people and animals which can be achieved with asceticism is an action of Grace, not the product of human endeavor. The matter of human sin corrupting animals and making them hostile towards us, whereas repentance and God’s Grace help us to live in harmony with them, has also been addressed by many recently-canonized saints, in particular Saint Païsios, who had a very good relationship with both birds and reptiles. We may therefore conclude that the attitude of the saints is realistic and completely in tune with the word of God. Our fall caused a chain reaction which immediately affected the whole of creation. Through creation God helps us to be saved and, on no few occasions, his Grace has been active for our benefit through something created. But our fallen state gives the devil the opportunity to use as his instruments beings which God created good. The devil’s aim is to lead us into new lapses, fear and death. However, it’s repentance and the Grace which derives from it that lead to the peaceful reconciliation of the creation and human beings.

Through the redemptive ministry of Christ, creation has essentially been renewed. We humans have returned to our true role and the rest of creation has thereby been directly affected. At the Divine Liturgy, people enjoy a foretaste of the kingdom of heaven and, through us, the whole of creation, including the animal kingdom is also saved. Alas, in today’s world, people are more concerned with finding justifications for their actions. In the end, it matters not whether animals possess reason or, if so, what kind of reason they may have or the extent of their understanding.  But what do we do as regards these creatures? Our role is similar to that of God. God, who is the Maker of this creation, doesn’t unleash manic forces of destruction in order to impose his power over it, so we, who are part of this creation, should be even less inclined to do so.

In the end, the essence of the issue isn’t ethical, that is, not the extent to which we should behave ‘ethically’ towards some other living creature. Because we ourselves are the cause of the circumstances we influence. But if we are to learn how much humanity we have within us and how justly we act with love, we should turn to the weak, the poor, those in pain. We should ask people who are suffering, those for whom Christ came into the world and sacrificed himself. We should ask these people how far our humanity stretches, our love, our sympathy, and that attitude should be maintained towards both people and animals. We should bear in mind the folk saying: ‘Nature tells the truth, people tell lies’.