Are the Israelites the People of God?

There’s no easy or definitive answer to this question, nor any anxiety over it if you trust in God’s plan. It is, however, a matter on which theologians have set out their opinions, though we’re not in a position to accept any particular one of these absolutely. However that may be, it’s certainly not necessary to approach the issue by involving nationalistic elements, anti-Semitic tendencies and the like.

If we start at the beginning, as events are described in Genesis, God creates Adam, that is the human person. After the flood and other Biblical events, He chooses a people to whom He will give His Law and from whom will be born His Son. That this people is Israel is beyond doubt. But it’s not as though God makes this choice by excluding other peoples; quite the contrary. Through this people, He wants His Law to be given to all others. In the Bible, however, it becomes clear that the Jews failed in a variety of ways to serve this plan of God’s.

So the question remains: why did He choose this particular people? Even though they were to prove unequal to the task He set them. 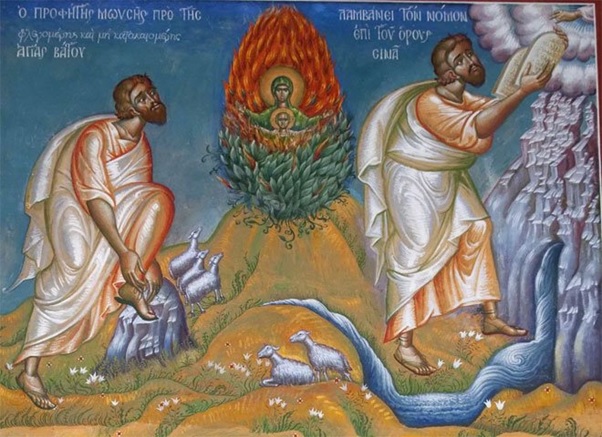 It’s likely that God chose Israel, because the people were accepting of monotheism, which, despite their lapses, they preserved over the course of the centuries. It would have been much more difficult for God to set His plan in motion among peoples who were idolaters. Even so, in the end, the Jews* weren’t able to accept God’s only-begotten, incarnate Son, with tragic consequences for their descendants. The whole of God’s work was centred on the coming of this Son, an event which according to some of the Fathers of the Church, would have happened in any case, that is, irrespective of whether the Fall occurred or not.

The incarnation of Christ, the Son of God, from the nation of the Hebrews, may also be linked to their geographical location. The Mediterranean basin was a centre of civilization (from early on there had been spoken and written language) and also of trade, so the Gospel message could be spread quickly to the ends of the known world as it then was. We should also remember that, apart from Hebrew, other languages, such as Latin and Greek (which was widely used) were also spoken in the region**.

It’s worth noting something else, as well. What we call the ‘chosen people’ wasn’t always a narrow, or closed group of Jews. They were the base, but others, who came from idolatrous nations but were seeking the One, True God were added to them, one example being Ruth, from Moab, who was a pagan but became one of God’s people, and, indeed, is one of the members of Christ’s family tree (Matth. 1, 5).

And it should also be noted that Israel wasn’t separated by God so that only it would be saved, but so that it would function as ‘leaven’ that would make the whole world ‘rise’. This idea is a central thread in the preaching of the prophets. We see the same concept clearly in God’s promise to the progenitor Abraham ‘and all the tribes of the earth shall be blessed in you’ (Gen. 12, 3).

There are those who ask why we need to study the Old Testament, given that it’s purely the history of the Jews. But although the first part of Holy Scripture, the Old Testament, contains much historical material, it’s not merely a historical document. It’s a sacred text that records the Revelation of God to the world. Through its books we see God’s signs, from the creation of the world and humankind until the last days. Through the Old Testament we learn who created us and how elevated our position was. We also see the tragic moment of our fall, but also the promise, even then, of a re-creation. Professor Miltiadis Konstantinou observes that: ‘In the history of the prophets, what happened to Israel was laid as the foundation of the history of the Gentiles and of the world. At the end of prophecy there’s the ‘servant of God’, Who is sent to be ‘a light to the Gentiles’ and ‘salvation for the ends of the earth’. Later, in the eschatological prophecies, salvation becomes open to all the nations. In the end, Jesus dies on the Cross because ‘God so loved the world’ (Jn. 3, 16). It is therefore clear that the history of God and His people has, from the beginning to end, the whole of humanity as its goal. When this goal is lost… even the most moving narratives, even the most sublime moral or theological teachings, cease to be Holy Scripture and are no more than pious history’.

*Obviously, Fr. Iakovos means ‘the Jewish nation as a whole’. All the important figures in the New Testament, however, those who went on to establish the Church, were also Jews and, indeed, very devout.
** Take the case of Saint Matthew. As a Jew, he’d have spoken Hebrew and Aramaic; as a tax-collector he must have had at least a working knowledge of Latin in order to communicate with the Roman authorities; and he would almost certainly have known some Greek, given that it seems to have been in common use as a second language in Capernaum (which was founded by the Hellenized Hasmonean dynasty), where he was working when Christ chose him. [WJL]