Saint Patapios of Thebes, the Wonderworker 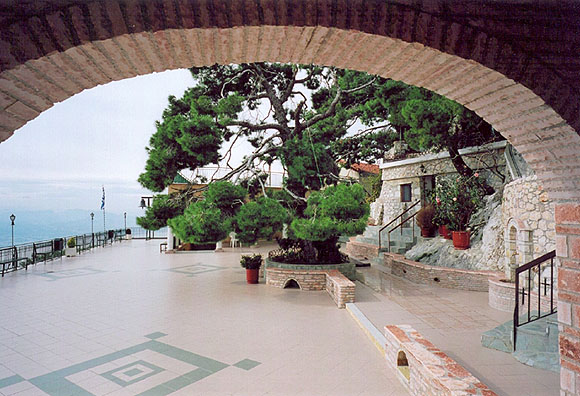 The yard of the Monastery of Saint Patapios at Loutraki, Greece

Today the Church celebrates and honours the memory of the blessed Patapios the Desert-Dweller. This is the title accorded to the saint who lived in isolation in the desert, leaving behind the turmoil and joys of the secular life. He was born in Thebes, in Egypt, of devout Christian parents, by whom he was brought up with great care and concern and from whom he learned the Scriptures. What Saint Paul wrote to Timothy applies very well to Saint Patapios: “from childhood you have been acquainted with the sacred writings, which are able to make you wise for salvation through faith in Christ Jesus”. Faith in Christ and in the Scriptures really do make people wise and save them.

When Saint Patapios came of age, he renounced his homeland, his wealth, his kin and every kind of worldly pleasure and vanity and went out into the desert. This was at the time when the eremitic and monastic way of life was at its peak in this part of Egypt. Saint Patapios quickly excelled and began to be well known for his asceticism and virtue, to so great an extent that people flocked to him to benefit spiritually from his acquaintance and influence. The same was true, as we see in the Gospels, of the Forerunner and Baptist John, to whom: “Jerusalem and the whole of Judea, as well as the area around the Jordan came out”. 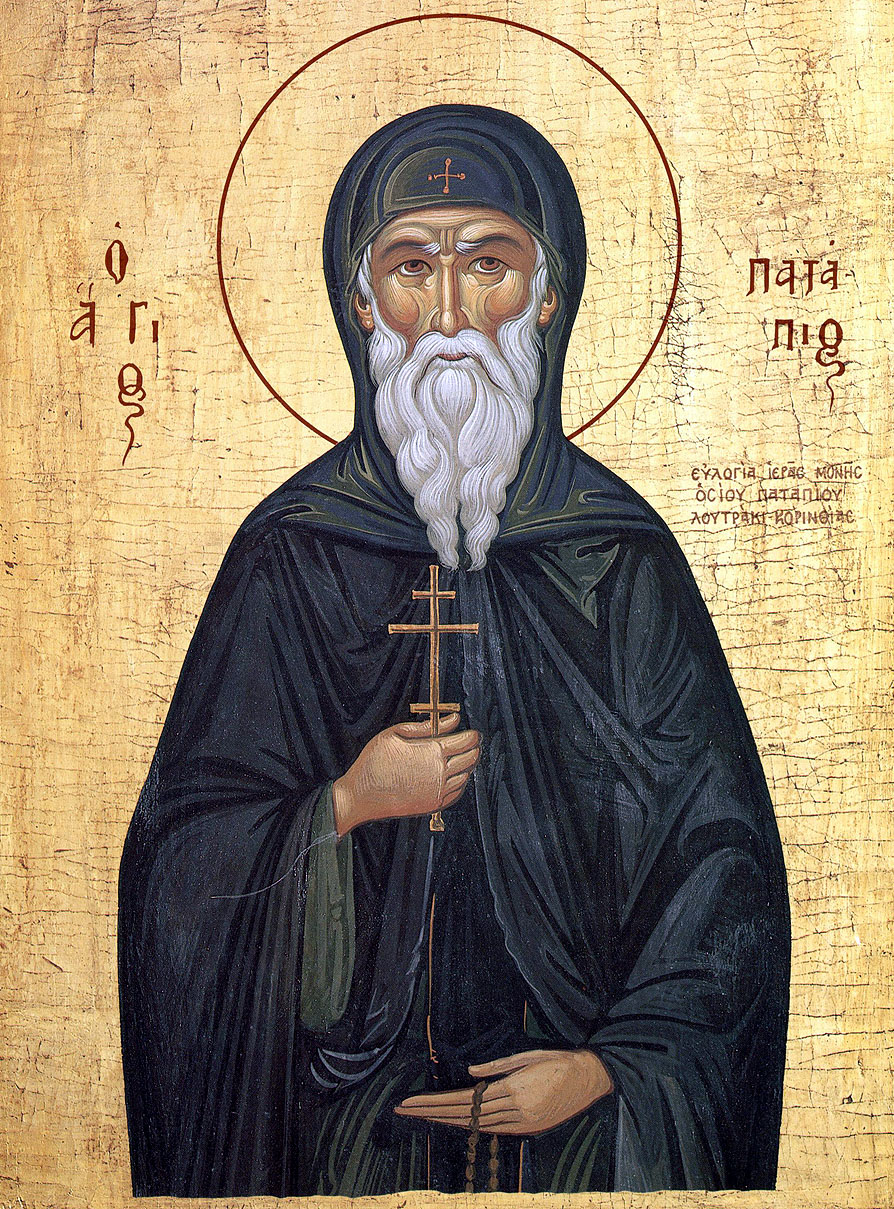 We should take note of this and evaluate it properly. That is the importance and spiritual benefit conferred upon a particular place by the presence there of a saintly figure. It is not and should not be in the turmoil of the world, but in the desert, alone with God. People went to find him and listen to him, like those who are thirsty and cannot wait for water to be brought to them, but rather go themselves to the spring. It is not necessary or needful for the holy ascetics to come down and find people, but rather people should know by themselves to go to monasteries, in the way that many people now go to the Holy Mountain.

The blessed Patapios loved the peace of the desert so much that he began to be concerned when he saw crowds of people coming to him and admiring him for his ascetic way of life and his sanctity. Saints in those days did not allow themselves to think what other people thought of them: if they did, they would have lost everything. This is the great power and virtue of the saints, which is why people admire those who abandon the secular life and conceal themselves. This is what Saint Patapios did. After living so many years in the desert of Thebaïda, he left and went to Constantinople, so that people would lose all trace of him. 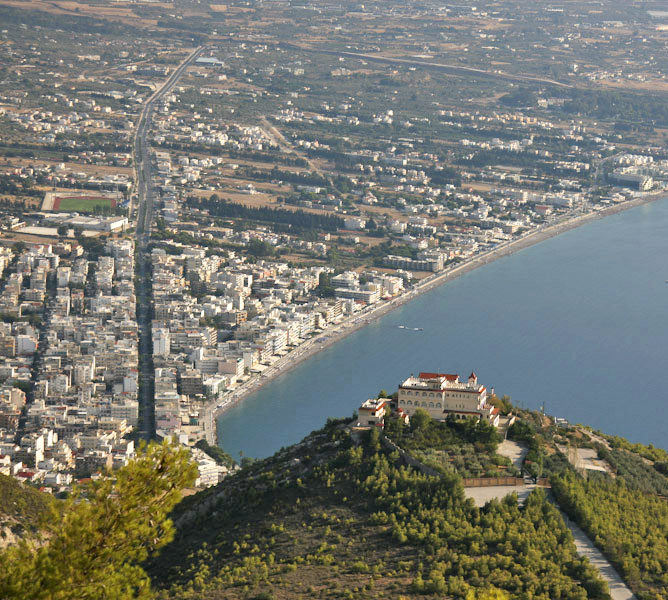 In Constantinople, Saint Patapios, directed by God, went and stayed at the shrine of the Mother of God of Vlakhernai (Blachernae). He remained there, poor and unknown, in harsh struggle and spiritual contemplation, as he had done in the desert. But a light cannot be concealed, and the more sanctity is hidden away in God’s people, the more it is revealed to the world. Saint Patapios, the humble and poor monk of Vlakhernai managed to become celestial and an angel on earth. This is why God granted him the grace of performing miracles. As well as the healing waters of the  Life-Receiving Spring in Vlakhernai, there was also Saint Patapios, curing people’s illnesses. 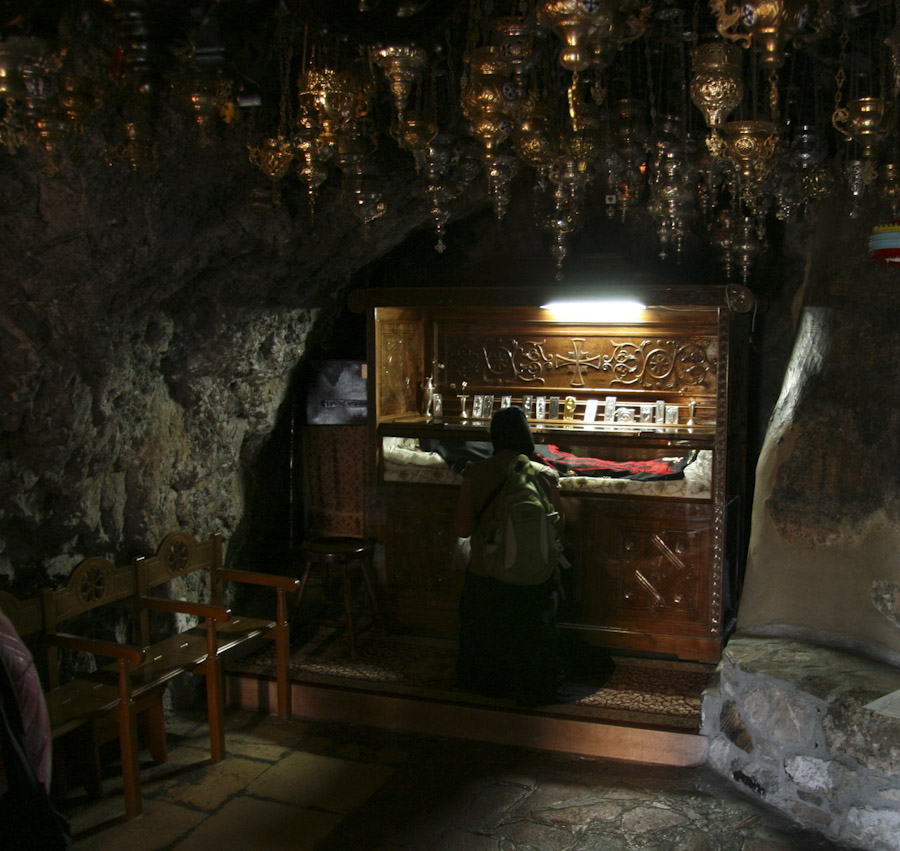 Of the many miracles and healings of Saint Patapios,  we would mention only one: he healed a woman who was suffering from breast cancer. This illness, which to this day is not properly treatable by medical science, was cured by Saint Patapios with prayer and the grace of Christ. This is why he is the protector and healer of those faithful women who are suffering from this wretched ailment. Even now, faithful people go to the convent of Saint Patapios, on the hill above Loutraki in Attica, to seek the grace of Christ, and also healing, through the prayers of Saint Patapios. Jesus Christ, the physician of our souls and bodies, said of His saints, and it is true, that: “those whose believe in Me will also do the works which I perform”. Amen.