The Birth of Christ: Historical and Theological Facts and how they have sometimes been Distorted (3)

The Nativity Star and the Veneration by the Magi
The event of the Birth of Christ as described in the Holy Gospels was accompanied by supernatural signs, such as the doxology of the angels (‘Glory to God in the Highest’); the appearance of the angel to the shepherds, the ‘glory of the Lord’ which encompassed the shepherds in Bethlehem; and the star which guided the Magi to the Infant, the veneration by the Magi. It would be strange if we expected scientific research to confirm these events, which transcend natural boundaries. However, certain groups of people who are hostile to Christianity and have garbed themselves in the robes of science have attempted to explain some of these events as being natural, the aim being to strip the events of Christ’s Birth of any supernatural content. 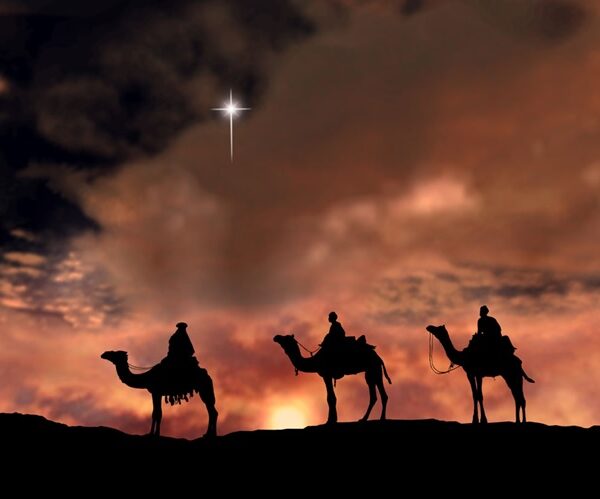 So it is that some people claim that the star which guided the Magi was a natural phenomenon of the time, in other words an ‘alignment of planets’, perhaps Jupiter or Pluto or Jupiter and Venus which coincided at that time and was therefore quite a lot brighter than the rest of the stars. Apart from the fact that such explanations are not accepted by the scientific community at large, they also don’t explain the events as described in the Bible and which raise pertinent questions such as how this ‘alignment’ led people over such large distances; how it disappeared and then re-appeared when the Magi arrived at Herod’s court; and how long this ‘alignment’ lasted. From the Biblical text, it can be understood that, led by the star, the Magi travelled for two years to reach the Infant. This is how Herod determined the time (Matth. 2, 7) and ordered the slaughter of the innocents in Bethlehem who were under two years old (2, 16). It’s significant that according to the holy text, the veneration of the Magi took place not in the cave in Bethlehem, but in the house where the child was, with Mary His mother (2, 11). It may be that the interpretation of Saint Theofylaktos, that the star was actually an ‘angelic power’ guiding the Magi, is more reasonable than the ‘scientific’ theories as outlined above.

The establishment of the feast of Christmas
It’s true that Biblical tradition hasn’t preserved the exact date of the Birth of Christ. Scripture provides no certain information regarding the season when Christ was born. The idea we have in our heads, with the snow and the cold, are of later, Western, provenance and aren’t supported by the texts. The cave was probably a rough shelter for the Mother of God and Joseph rather than protection from the cold. By the same token, the manger was used as a place to lay the babe (a cradle) rather than a way of keeping Him warm. Snowfall isn’t recorded, nor rain, storms or cold, all of which would have been unusual in that region. The reference to shepherds keeping watch by night (Luke, 2, 8) seems to indicate a different season. Efforts to date the Nativity on the basis of the conception of Saint John the Baptist and the time when Zachariah was in office in the temple haven’t led to any reliable conclusions. Essentially, the precise date of the Nativity is unknown to us.

This didn’t prevent the Church from establishing a specific day in honor of this great event, since the point is the honor being paid rather than the actual date. According to some scholars, the first references to the celebration of the Birth of Christ are to be found in texts by Pope Telesphorus (125-136 A. D.). Clearer information is provided by texts from the 3rd century, though this doesn’t mean that the Church didn’t celebrate the event earlier than that, even though the conditions of the time made any celebration difficult, because of the ongoing persecutions of Christians. What is historically certain is that, in the East, in the 3rd century, the Nativity was celebrated with the Baptism on 6 January. The event was given the name ‘Theophany’, meaning ‘the feast of the manifestation of God’, though ‘Theophany’ has more to do with the Nativity than the Baptism, since it was then that God appeared in the flesh (I Tim. 3, 16). In the West, the Nativity was celebrated on December 25, the day when pagans worshipped the natural sun. The reason why the Birth was celebrated on this day is obvious: Christians wanted to proclaim to everyone that the created sun had no divine capacity and was merely something made by the true Sun of Righteousness. There are clear references in the hymns of the Church to Christ as the Sun of Righteousness. Gradually, the celebration of the Nativity on December 25 also gained ground in the East, aided by the contribution of the Fathers of the Church, Basil the Great and Gregory the Theologian.

It should be noted that celebrating the great feasts on the occasion of stages of the life of Christ is entirely in keeping with the letter and spirit of Holy Scripture. In the Old Testament, events when God intervened miraculously to save His people are celebrated. The Lord Himself urged His disciples to keep up the ‘remembrance’ of His Passion (Luke 22, 19-20). The great feasts of the Lord were established on the model of the ‘remembrance’ of Christ’s Passion and Resurrection. Regarding the Nativity, the evidence in the New Testament is clear that the angels hymned the event, praising God and singing: ‘glory to God in the highest and on earth peace’ (Luke 2, 13-14). This was obviously a decisive factor in the decision of the ancient Church to establish a celebration for the Birth of Christ.