The Sacred Supper of the Bloodless Divine Eucharist

In today’s Gospel reading, we hear the Lord relating the very instructive parable of the great supper, as the Fathers of the Church call it. We know that it was often through parables, that is imaginary stories, that the Lord revealed very important and substantial truths of the faith which are indissolubly linked to the matter of our salvation. This is also the case with this particular parable. 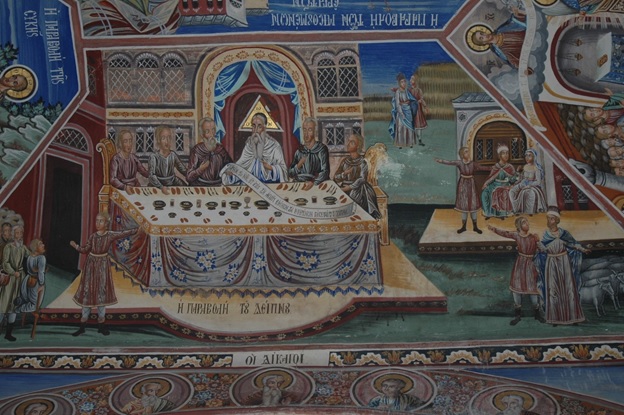 The person who prepared this formal banquet invited a great many people. The normal, expected thing would have been for all those invited to come to the supper, given that the host was an important leader. When supper was ready to be served, he sent out his servant to tell his guests to proceed to the dining-room. But, as though they were all in league with one another, they began to refuse the invitation. The first said he’d bought a field and had to go and see to it, so could he please be left in peace. Another said he’d bought five yoke of oxen and need to try them out, so he didn’t have time to attend the banquet. Another one said he’d just got married and so he couldn’t come. The servant presented himself to his master and told him what had happened The lord became angry and immediately ordered that the servant go out into streets and lanes and bring into his mansion all the poor, the maimed and the marginalized. The man did so, but since there was still room for more, the master told him to go back out to the highways and hedges and force people to come and fill his house. Jesus rounds off the parable with the observation that none of those who were officially invited will eat at his table, because many were called, but few were chosen.

Today’s parable is prophetic, since it describes the attitude of people of all eras towards God’s invitation. The excuses regarding the purchase of a field, or a new wife which were made by those invited to the supper in order to justify their absence are such as might be said to summarize nicely the reasons which, to this day, keep people away from the great supper of the Eucharist. These are simply the thirst for riches and material goods and the pursuit of fleeting pleasure. It is no accident that Christ uses these examples as excuses for them turning down the invitation. People at the time when the parable was told and people today are fixated on acquiring material possessions and increasing what they already have. The burdens of life incurred as a result of this mania are a major constraint on the acceptance God’s invitation. 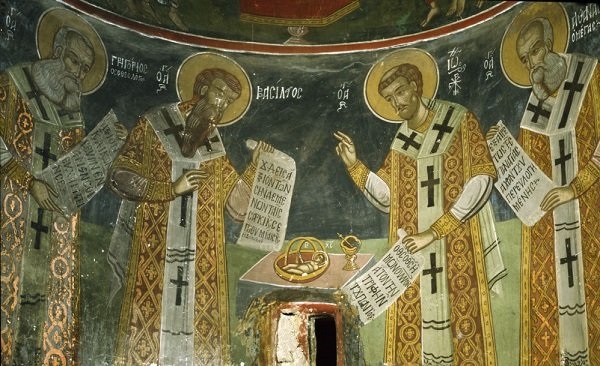 The Lord prefers to refer to a supper rather than a lunch because a supper lasts longer and the atmosphere is generally more convivial. In this way, he wishes to show that the feasting in his kingdom will be unending and splendid. God has prepared for us infinite and indescribable blessings which we can neither imagine nor conceive. He addresses each of us and invites us into his kingdom, to make us eternal sharers in his good things.

This isn’t the first time that Christ has compared the Kingdom of God with a supper, a banquet, to which he invites his friends so that they can all enjoy communion with God. But today’s parable is rather different from the others, in which the Lord stresses the importance of proper preparation on our part if we are to share in the Kingdom of God. We remember that the man who was without a ‘wedding garment’ was barred from entering, because he wasn’t appropriately prepared. Here, however, we see the householder inviting the poor, the unkempt and the tormented, without attaching any importance to either their appearance or their clothing. There’s no contradiction, though, simply a reference by Christ to various kinds of people: those who have been invited into the Kingdom of God, and those who ignore his existence.

The Kingdom of God doesn’t depend on our own will or disposition, however, but on the presence of God, who has the power to transfigure us and give us life. So he calls those who are poor in spirit, that is the humble, and enriches them with his divine wisdom. He calls the crippled and makes them well. He calls the lame and they tread the right path. He calls the blind and they see the light of truth. The wisdom of God transcends human weaknesses and the Church offers to all of us the spiritual supper of the Kingdom of God at every Divine Liturgy.